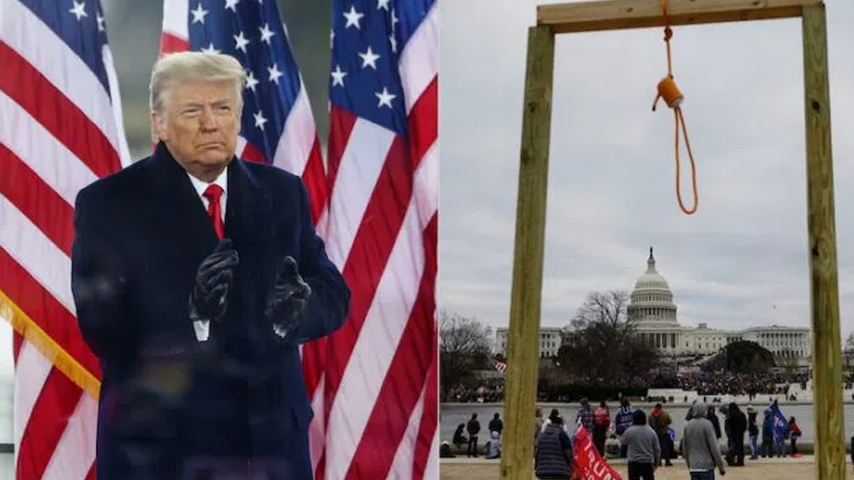 Understand Donald Trump is a perfect chess piece for the global elite. This is Hegelian Dialectic at its finest.

Hayden and MSNBC contributor Michael Beschloss both posted tweets on Thursday warning that the public need to get used to the idea of Donald Trump being executed.

Beschloss posted an image of the Rosenbergs from the 1950s, noting they were executed after being convicted for giving Moscow nuclear documents.

Infowars.com reports: The tweet came days after the FBI raided Trump’s Florida home and just hours after it was revealed the agency was allegedly searching for documents related to “nuclear weapons.”

Rosenbergs were convicted for giving U.S. nuclear secrets to Moscow, and were executed June 1953: pic.twitter.com/0Ox1JXoNDf

In response to the news about potential nuclear-related documents in Trump’s possession, the 45th president issued a statement reading, “President Barack Hussein Obama kept 33 million pages of documents, much of them classified. How many of them pertained to nuclear? Word is, lots!”

“I told you it would come!” Kerik wrote.

I TOLD YOU IT WOULD COME!