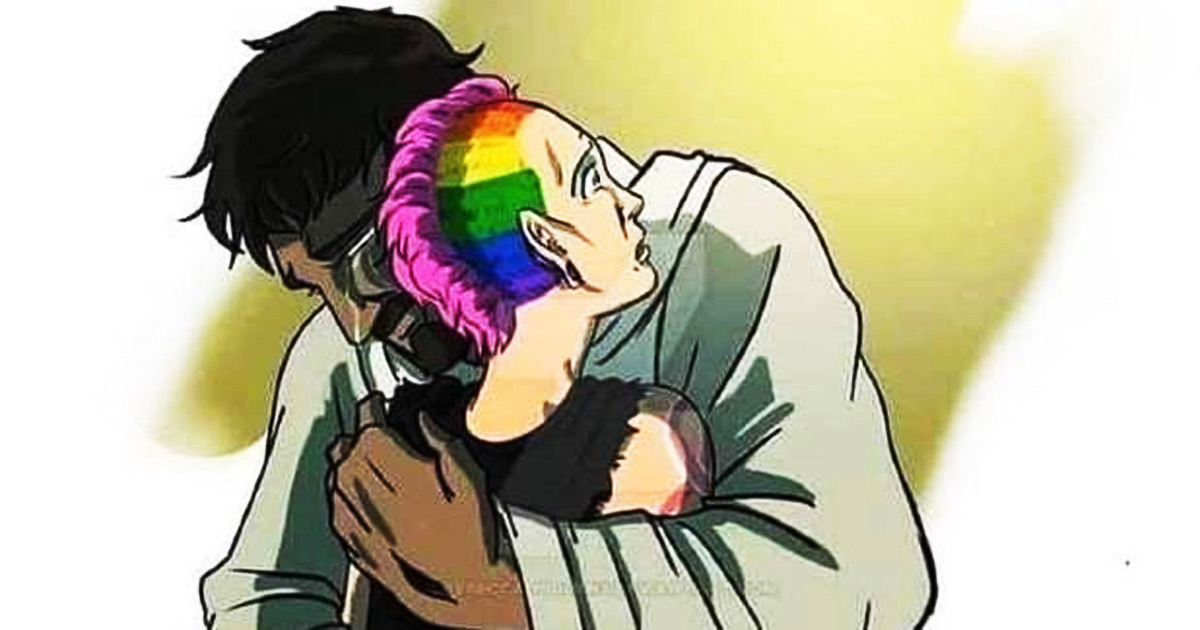 The month of June has become a yearly event when the LGBTQ community celebrates their pride in their lifestyles. The rainbow, God’s sign of His covenant to never again use a flood to destroy the earth, has now been appropriated as a symbol of pride in a lifestyle of sin.

On June 7, the Christian rock band Seventh Day Slumber shared an illustration on their Facebook page of Jesus embracing an LGBTQ person with a pink mohawk, the pride colors prominently displayed on the individual’s shaved scalp.

The post, written by lead singer Joseph Rojas, has been shared almost 3,000 times and has inspired more than 8,000 comments, both positive and negative. The picture has put the band in hot water with some venues that, in response to the post, have decided to cancel their upcoming concerts. Rojas communicated that he is available to talk with any pastor who has booked the band and would like to discuss more on the topic.

Rojas also remarked in a follow-up post that in the band’s more than 20 years of ministry, they have never advocated for a sinful lifestyle, imploring followers to, “Come to [Jesus] as flawed as you are, as broken as you are, as confused as you are. Come to Him with your questions and your anger. Just come.”

He went on to share his testimony of overcoming the sin of addiction to cocaine, along with other drugs, how his mother didn’t give up praying for him, and how we shouldn’t give up on the loss either.

Rojas pleaded with people who have been hurt by the church not to give up on Jesus.

As Seventh Day Slumber wrote in the original post, Jesus loves where you’re at. He also loves you too much to leave you there.

Social media is abuzz on this topic. We want to know what you think!

The timing of the Rapture and the importance of Revelation 3:10

The last days are coming, and the Church can’t have it both ways

Instantly Innocent, Forever Unashamed: At the Rapture, the innocence we’ve lost will be reborn