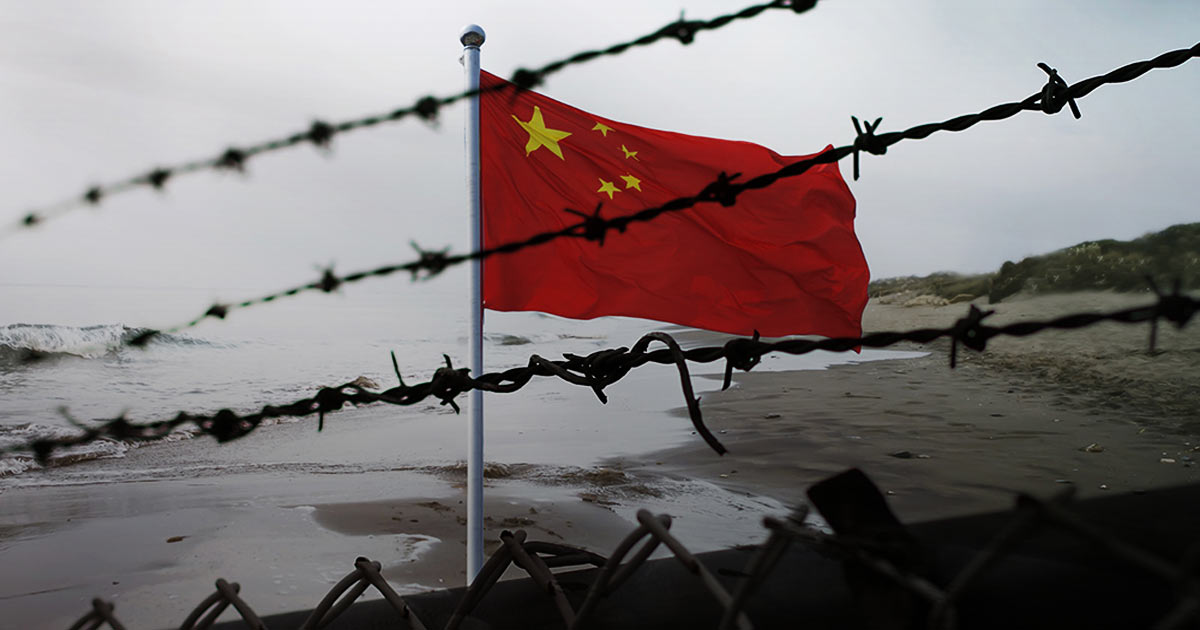 As the coronavirus pandemic continues to explode across China, the communist Chinese regime faces a desperate choice. I covered this in a special Saturday video report with InfoWars.com (see below), as well as on a hard-hitting interview today with Alan Keyes and Bob Sisson on the IAMtv channel (see video below).

Yes, it’s that bad. (Welcome to the end of the world as we know it.)

If you run the factories and pretend the outbreak isn’t real, you keep the economy humming but you end up sacrifice a large number of workers who get killed by the coronavirus pandemic. While China currently claims a 2.1% mortality rate, realistic assessments put that number closer to 15%.

If you close the factories and enforce long-term quarantines to save lives, you suffer a devastating economic implosion, likely followed by massive social upheaval and possible collapse of the ruling communist regime. After all, people only tolerate communism when they have enough to eat and some of them are getting rich. Take away the food, the money and the public safety, and any regime will struggle to stay in power.

It’s now clear that China has chosen to restart the factories, declare the pandemic conquered, cover up the reality of the infections and deaths, and order people back to work to keep the economic miracle machine running. In order to achieve this, China must:

1) Fudge all the daily infection and death numbers to create the illusion that the pandemic is waning. Watch for the daily updates to demonstrate a calculated slowing in the rate of infection.

2) Deny the CDC or WHO access to the front lines of the pandemic to avoid them finding out it’s exploding out of control.

3) Control the media by arresting (and executing) whistleblowers who try to speak out about what’s really happening there. Pressure the tech giants to censor independent voices and protect the official Chinese narrative (which is already being done).

4) Find clever ways to fake the science, such as launching new near-instant test kits that have a 50% – 70% false negative rate (which has just been done), meaning they fail to diagnose 50% – 70% of infections. This allows the government to further claim falling infection numbers.

5) Demand the nations of the world resume air flights and run well-funded propaganda campaigns to invite tourists to return to China.

The net result of all this, of course, will be a second wave of exploding infections and deaths, but as long as the communist regime can control the narrative, they can pretend none of this is actually happening. The WHO will obediently parrot the commie narrative, and China will lean on its U.S. spies such as Sen. Dianne Feinstein to pressure the U.S. government to resume international flights and open traveler traffic.

Part of this goal is to export the pandemic to other countries to force them to “share the pain” of China. If your own ship is taking on water and sinking, the way to regain some competitive advantage is to blow holes in everybody else’s ships, in other words. By exporting the coronavirus to Taiwan, Japan, Korea and the United States, China can unleash economic chaos in those nations and shift the blame for a global outbreak, claiming those other nations failed to contain it.

Hence the whole purpose of pressuring the WHO to rename the virus, removing the word “Wuhan” from it entirely, in order to erase its origins from history.

Meanwhile, China is hard at work fudging the numbers, burning the bodies, arresting the whistleblowers, executing the dissidents, ordering Google to censor online videos, all while denying the reality of the pandemic outbreak. (The tech giants are more than happy to comply, since they all work for the pro-depopulation globalists now anyway.)

Behind the scenes, China has no doubt convinced themselves the coronavirus was an engineered bioweapons attack launched by the USA, and they surely want to return the attack by deliberately sending infected human weapons into Los Angeles, New York and Chicago, sneezing on cell phones and spreading viral mayhem at every opportunity.

Factory workers will be pushed until they literally drop dead

What all this means is that China is going to power through the pandemic at gunpoint, forcing workers to run the machines until they literally drop dead. At that point, rapid response cremation teams will scurry away with the bodies and heave them into mass ovens that are already running 24/7.

China will soon dispense will all safety gear such as hazmat suits, masks and gloves. For one thing, eliminating the gear creates the (false) impression that the virus no longer exists. But more importantly, the government has already come to realize that everyone is going to be exposed sooner or later. They know that roughly 85% will survive exposure and 15% will die. The 85% will be able to come into contact with the virus even while wearing no safety gear, since they’ve already been exposed and cured. According to media reports, even China’s own military and police personnel are already largely infected. It’s getting to the point where wearing protective gear is pointless.

Effectively, the Chinese government has now decided to run a massive medical experiment called, “expose everyone and see what happens.” They figure they can still survive after a 15% mortality rate, especially since Chinese citizens own no guns and have no First Amendment freedoms to speak out.

Once the virus has burned through China, they can deploy the virus as a global weapon with impunity

Here’s the final step in this nefarious plan: Once the coronavirus burns through the Chinese population, the entire nation of China is now immune to the pandemic, which means China can deliberately release the virus in California, for example, and cause mass chaos across the USA without fear of its own factories experiencing any further disruption.

It’s an incredibly simple matter to bypass airport screening and CDC measures. You could almost call it “amateur hour” in terms of bioweapons tactics: You simply inject 100 volunteers with the virus, put them on airplanes to 100 American cities, have them stay in hotel rooms for 3-4 days while the virus incubates, then order them to run around the cities sneezing on everything that other people touch, such as hand rails, grocery products, elevator buttons or door handles.

The virus does the rest of the work for you. Within a month, multiple outbreaks are reported across America, and China gets to decry the failures of the CDC, shifting attention away from its own failures, claiming that even the USA can’t contain the virus.

The CDC has zero defenses against a determined, deliberate spreading of the virus by a malicious party acting with ill intent. Any honest CDC intelligence officer would admit this. Outbreaks are difficult to stop even when the population is obedient and compliant. When bad actors wish to spread a pandemic, it’s child’s play. (12 Monkeys)

To achieve this status, China must first sacrifice up to 15% of its own population (well over 100 million people), and it must maintain control over the population through draconian police state measures (i.e. gunpoint control over all speech and ordering people to pretend that no one is missing or dead). In effect, China is now carrying out what can legitimately be called a “coronavirus holocaust,” complete with cremation ovens, secret police, the executions of political dissidents and much more. And the total deaths in China will almost certainly exceed six million, by the way.

Historians will be writing about this Chinese government holocaust for a hundred years, if humanity even lasts that long.

Never forget that China has long followed a plan to completely destroy the United States of America using biological weapons. As J.R. Nyquist writes for The Epoch Times:

Did China’s Plan to Destroy the United States Backfire?

He said there were three vital issues that must be grasped. The first was the issue of living space—because China is severely overpopulated and China’s environment is deteriorating. The second issue, therefore, was that the Communist Party must teach the Chinese people to “go out.” By this, Chi meant the conquest of new lands, in which a “second China” could be built by “colonization.” From this, arose the third vital issue: the “issue of America.”

Chi warned his listeners: “This appears to be shocking, but the logic is actually very simple. … [China is] in fundamental conflict with the Western strategic interest.” Therefore, the United States would never allow China to seize other countries to build a second China. The United States stands in China’s way.

“We are not as foolish as to want to perish together with America by using nuclear weapons,” the general said. “Only by using non-destructive weapons that can kill many people will we be able to reserve America for ourselves.”

The answer is found in biological weapons.

“Of course,” he added, “we have not been idle. In the past years, we have seized the opportunity to master weapons of this kind.”

The ruling Chinese Communist Party considers biological weapons to be the most important weapons for accomplishing their goal of “cleaning up America.” Chi credits former Party leader Deng Xiaoping with putting biological weapons ahead of all other weapon systems in the Chinese arsenal: “When Comrade Xiaoping was still with us, the Party Central Committee had the perspicacity to make the right decision not to develop aircraft carrier groups and focus instead on developing lethal weapons that can eliminate mass populations of the enemy country.”

In other words, even if China loses 15% of its own population, it is still committed to destroying America at any cost. So we should expect a wave of deliberate biological terrorism to be unleashed on U.S. soil in the months ahead.