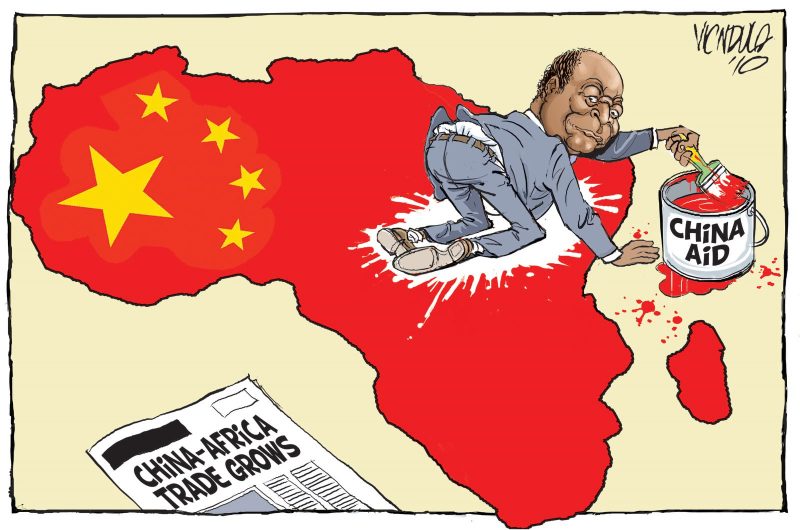 In a recent interview, Doug Casey, the founder of Casey Research stated:

I’ve said for years that China is in the process of taking over Africa. In fact, that was a subtheme in my first novel Speculator, about the gold mining industry and bush war in Africa.

Some years ago, a Chinese high government official said that their plan was to move 300 million people from China to Africa.

That’s an incredible number of people; the Chinese think big. But it wasn’t really picked up anywhere in the press.

Over the years, every time I go back to Africa I see more Chinese, and when they’re working on an industrial or a mining project, they’re all dressed in the same color jumpsuits. Almost like the Chinese in Goldfinger, if you remember.

From a long-term point of view, China is taking over Africa. It’s a very intelligent plan, and an unspoken part of their “One Belt, One Road” program. They loan money to some backward African government to build a port, railroad, and airport, or what have you.

The Africans can almost never pay those loans back, so the Chinese – as part of the deal – take over the facility and staff it with their own people. This is actually going on today. If the African leaders don’t like it – unlikely since they’ve pocketed millions under the table for facilitating the deal – they will likely find their lives are in danger. If that doesn’t work, the country may have a visit from the Red Army.

I suspect that this facial recognition thing in Zimbabwe is just part of a much bigger plan that relates to the social credit system that is instituted in China now.

The National Science Teachers Assoc Just BANNED The Words ‘Mother’, ‘Father’, ‘Man’ And ‘Woman’ Because They Are ‘Oppressive’

CIA Chief: ‘We Will EXECUTE Trump If He’s Found Guilty’