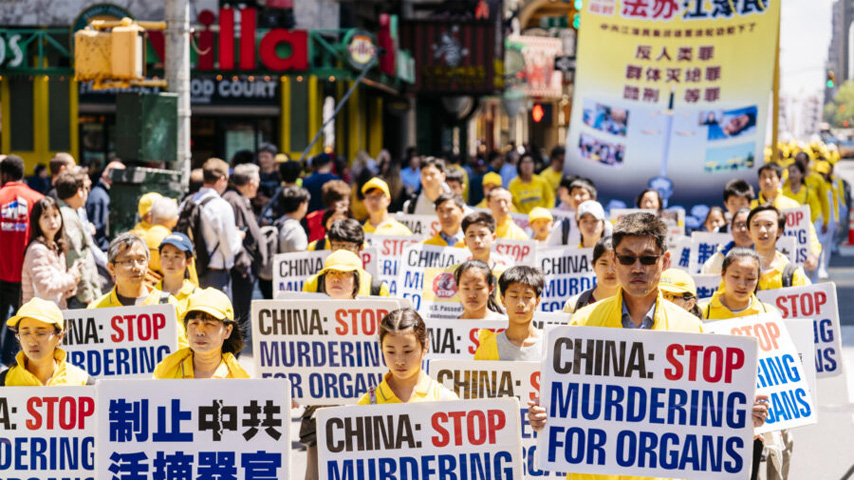 They were in robust health when they were put on the operating table for doctors to carve out their organs. Many of them were still breathing. When the job was done, the bodies were tossed into the incinerator and burned, leaving no trace behind.

The spine-chilling scene had been a lived reality for prisoners of conscience in China under the regime’s state-sanctioned forced organ harvesting, recounted by two investigators at a Feb. 17 virtual webinar hosted by Washington-based think tank Hudson Institute.

“There was no charge, no hearing, no appeal,” said David Kilgour, Canada’s former secretary of state for Asia-Pacific who, together with Canadian human rights lawyer David Matas, spent years investigating the issue.

“A policeman just simply said: ‘you’re going to this work camp over here.’ … you waited working 16 hours a day,” he said. “Then one day somebody would come in, seize them, give them a little potassium, and then their organs would be taken out and your bodies would be burned.”

“That’s how the rule of law works in China in terms of getting organs.”

It’s a “perfect crime, because there actually aren’t any survivors” of the operation, added moderator Nina Shea, a human rights lawyer and former commissioner of the United States Commission on International Religious Freedom, now a senior fellow at the Hudson Institute.

The billion-dollar organ harvesting industry, which boomed at the same time as the regime escalated a brutal eradication campaign targeting the spiritual group Falun Gong in the early 2000s, has for decades been covered up in China.

Even in the West, officials and the medical bodies have been reluctant to confront the issue until 2019, when an independent people’s tribunal in London concluded, “beyond a reasonable doubt,” that organ harvesting sourcing from Falun Gong inmates has taken place for years “on a significant scale.”

Annie (alias), a former worker at a Chinese hospital in northeastern China, was the first to shed light on the horrific abuse in 2006. In testimonies to The Epoch Times later corroborated by others, she revealed how her ex-husband, a military surgeon at the same hospital, forcibly removed corneas from Falun Gong practitioners.

Her account was what brought the two Davids together to investigate the issue. They later released a report titled Bloody Harvest, where they examined hundreds of hospitals in China, drawing from media reports, medical journals, and archives. Their findings were that the Chinese regime has been using Falun Gong adherents as a living organ bank while significantly undercounting the number of transplants done each year.

Annie’s husband performed over 2,000 cornea removal operations over a two-year period beginning in 2001, she later told the two in an interview. He was so tormented by his conscience that he began having nightmares, arousing Annie’s suspicion.

The two split after Annie decided she couldn’t accept his complicity in the act. Both of them escaped overseas after receiving threats for their lives.

“This is a national crime,” she said in a statement to The Epoch Times in April 2006.

Annie’s ex-husband felt a deep sense of remorse when he cut open a patient’s clothes and saw a small box falling out, according to Annie, who read the account in a journal her ex-husband kept. The small box contained a round Falun Gong pin with a note written on paper.

“Mom, I wish you a happy birthday,” it read.

Despite the defection of Annie and several others, the organ harvesting machinery has continued to operate, attracting transplant tourists from around the world who were lured by promises by Chinese hospitals of speedy organ matches and surgeries.

“Everywhere else, there’s a shortage of organs, and organs are allocated depending on priorities, but in China, the whole system was run as if there was an inexhaustible supply of organs,” said Matas. “All they had to do was show up and pay the money.”

“The whole system is compartmentalized, and everybody would pretend to be willfully blind to the other components of the system,” he said.

Kilgour recalled speaking to a patient from Asia who was presented with four matching kidneys in succession over a few months. The first three kidneys were rejected by her body, and the fourth one was a success. The doctor, who wore a military uniform, presented the first matching kidney shortly after their first meeting.

“They take all the organs, they don’t just take one kidney,” said Kilgour. “So four people died so that this man could get a good kidney. Isn’t that incredible?”

Two dozen counties in Virginia have recently passed resolutions to condemn China’s organ harvesting and urge their residents against taking part in organ tourism in the country, so has the Texas state Senate.

Some U.S. officials are seeking action in Congress to bring the perpetrators into account.

The two investigators agreed that the international bodies need to do more on the issue. Kilgour, for one, said he was “embarrassed” that Canada hasn’t passed any legislation on organ harvesting.

“There’s a few but not enough,” said Matas, urging countries to cut off the collaboration of any kind with the Chinese transplant system.

From The Epoch Times