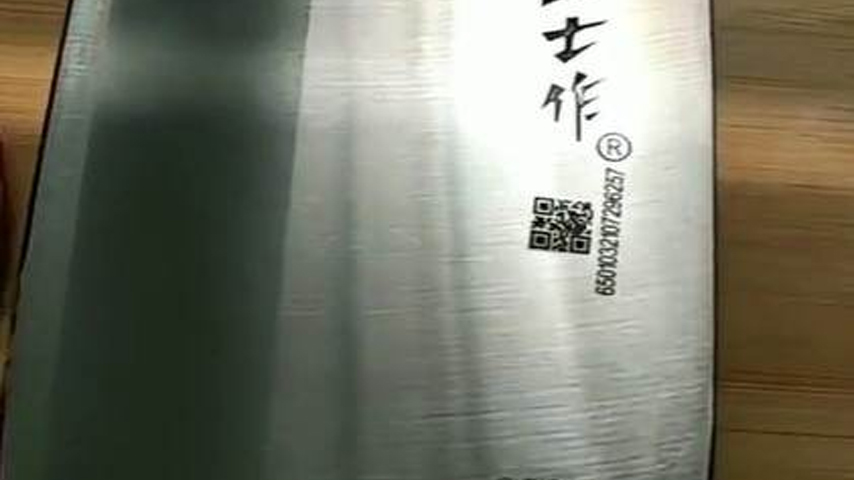 Throughout the last decade, China’s technological surveillance systems have strengthened the grip of control the CCP has on its citizens.

Its facial recognition systems can track the majority of its citizens and even fine them for petty violations such as jaywalking but people aren’t the only thing that the CCP is tracking.

Since 2017, China has been tracking kitchen knives by putting QR Codes on them.

Knives are predominantly tracked in the Xinjiang region which mostly consists of the Uighur ethnic group.

Meanwhile in China… By law, even your kitchen knife needs to be QR coded to track you down… in case you rebel against the government.pic.twitter.com/wN74E7VHDv

In China, by law, you need to chain your kitchen knives too. pic.twitter.com/kA5zXvCkNR

A knife salesman in the city of Aksu, who was interviewed by the Wall Street Journal, stated he has spent thousands of dollars on mechanical machines that put a customer’s photo, ethnicity, ID Number and address into a QR code which is then placed on the blade of the knife.

The CCP claims they place the QR codes on knives in order to track a knife back to its owner if it’s used for a crime.

In Aksu, we interviewed a salesman at a knife shop that had to spend thousands of dollars on a machine that turns a customer's ID card data into a QR code and laser-etches it into every knife they sell. pic.twitter.com/T1FMkhdnHR

Many China analysts believe the QR code is being used to prevent any uprising from occurring against the government.

Anyone who is advocating for guns to be banned in the United States should be careful what they wish for because their kitchen knives could one day be tracked if the 2nd Amendment was ever abolished.

WHO & WEF Vow To Strip Nations of Their Sovereignty, Create Globalist Totalitarian State