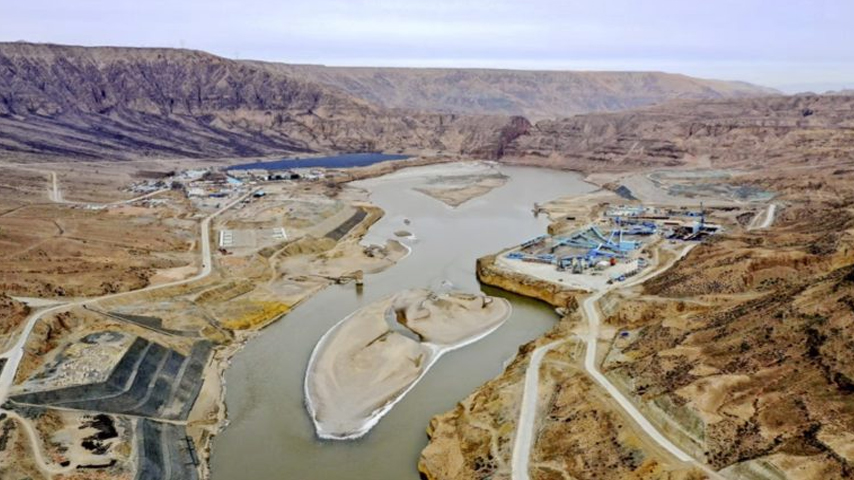 A new Chinese dam would become the world’s tallest 3D-printed structure. Engineers believe they can build the dam within two years while eliminating the need for human laborers at the dam site. Artificial intelligence will control unmanned machinery to construct the overall structure.

Chinese engineers will take the ideas of a research paper and turn it into the world’s largest 3D-printed project. Within two years, officials behind this project want to fully automate the unmanned construction of a 590-foot-tall dam on the Tibetan Plateau to build the Yangqu hydropower plant—completely with robots.

The paper, published last month in the Journal of Tsinghua University (Science and Technology), laid out the plans for the dam, as first reported in the South China Morning Post.

Researchers from the State Key Laboratory of Hydroscience and Engineering at Tsinghua University in Beijing explain the backbone of automation for the planned Yellow River dam that will eventually offer nearly five billion kilowatt-hours of electricity annually.

But it’s hard to tell what’s more ambitious: the fact that the researchers plan to turn a dam site into effectively a massive 3D-printing project, or that through every step of the process the project eliminates human workers as they go fully robotic.

In the dam-“printing” process, machinery will deliver construction materials to the worksite—the exact location needed, eliminating human error, they say—and then unmanned bulldozers, pavers, and rollers will form the dam layer by layer.

Sensors on the rollers will keep the artificial intelligence (AI) system informed about the firmness and stability of each of the 3D-printed layers until it reaches 590 feet in height, about the same height as the Shasta Dam in California and shorter than the Hoover Dam’s 726 feet.

With the largest existing 3D-printed structures rising about 20 feet tall—from houses in China to an office building in Dubai—the exploration of 3D-printed projects continues to expand. Already we’ve seen a 1,640-foot-long retention wall in China, housing and office buildings across the globe, and now the U.S. Army has plans for barracks at Fort Bliss in Texas.

Liu Tianyun, the paper’s lead author, says that the central AI system keeps the robotic assembly line humming and the 3D printing on the task at the Chinese dam site, while also eliminating human safety concerns and removing human error from the process. This could ensure the efficient delivery of materials and the precision needed to keep each layer of the dam in line and on the level.

With an already expanding array of 3D-printed projects the world over, if China can pull off this feat in two years, led by an AI system controlling a fleet of robots, that may open the future possibilities of AI-controlled 3D-printed construction projects.

This is completely insane and will kill the people living downstream… [Journal of Tsinghua University, PM]

WEF hears about technology that allows your thoughts to be monitored