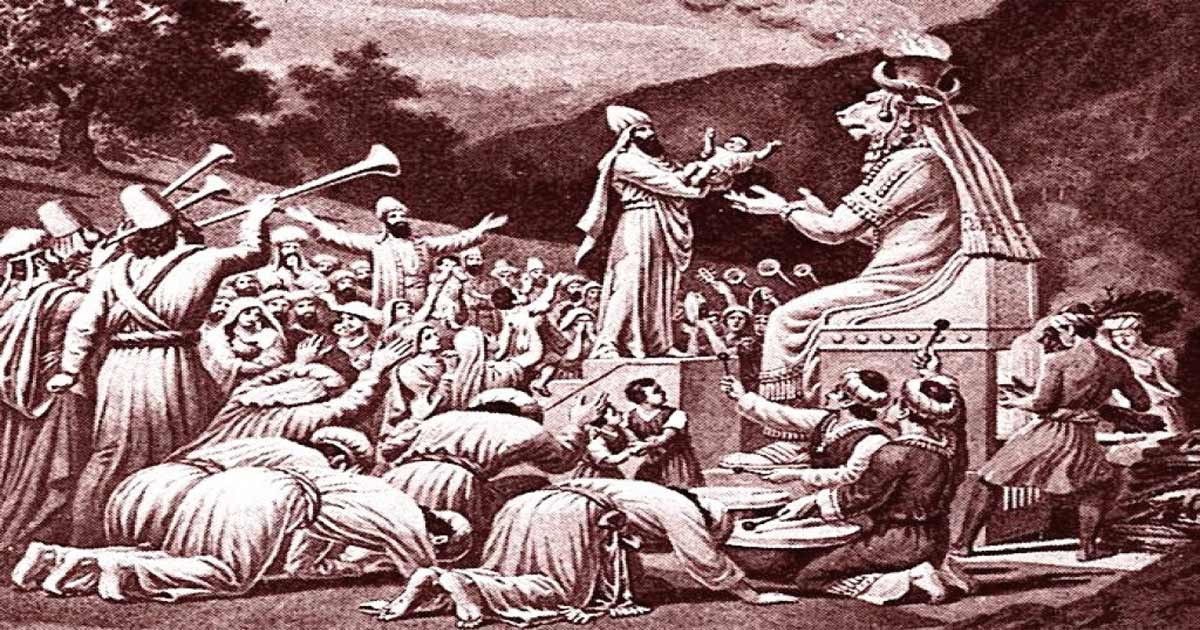 Both Moderna and Pfizer have announced recently that they are beginning trials of their COVID mRNA injections on children between the ages of 6 months and 11 years old. (Source.)

Moderna currently has a trial ongoing with children between the ages of 12 and 17 with about 3000 participants, and apparently one of those participants, a 12-year-old girl named “Maddie,” is now paralyzed from the waist down, and reportedly is now suffering from an inability to urinate on her own, a bowel obstruction, excruciating pain, fainting episodes and other neurological problems.

Since videos that are critical of vaccines disappear very quickly on YouTube, we have it on Rumble channel and Bitchute channel as well.

There shall not be found among you anyone who makes his son or his daughter pass through the fire, one who uses divination, one who practices witchcraft, or one who interprets omens, or a sorcerer, or one who casts a spell, or a medium, or a spiritist, or one who calls up the dead. (Deuteronomy 18:10-11)

The sacrificing of one’s child for the purposes of occult practices has existed throughout human history.

The English word “sorcerer” used in Deuteronomy 18:10, is translated “pharmakos” in the Greek translation of the Hebrew Old Testament (the Septuagint), and that Greek word means “magician,” or one who uses medicine, magic potions, or poisons. (Dictionary of New Testament Theology Volume 2, Editor – Colin Brown, Zondervan, 1976, p.554, 558.)

The word was used to describe the wicked Queen Jezebel in 2 Kings 9:22, possibly the evilest woman ever recorded in the Bible:

When Joram saw Jehu he asked, “Have you come in peace, Jehu?”

“How can there be peace,” Jehu replied, “as long as all the idolatry and witchcraft of your mother Jezebel abound?” (2 Kings 9:22)

If we were to use a strictly modern English translation of the last part of this verse, it would better read: “How can there be peace as long as all the addictions and enchanted drugs of your mother Jezebel abound?”

The injection of poisons into children based on a belief that such an injection will protect the child from some danger, like a “virus,” absolutely fits this definition, and our present-day English words such as “pharmacy, pharmaceuticals, pharma, etc.” all evolved into the English language from these Greek words (pharmakos, pharmakon, pharmakeia, etc.).

Throughout much of history, “health” was viewed primarily as a spiritual issue, and if one was “sick” they visited a “priest” to figure out how to appease the spirits or gods.

Things are really no different today. “Doctors” have primarily replaced “priests,” and perhaps the Great COVID Deception that has been inflicted upon most of the world’s population has caused more people to wake up and realize that modern medicine has a lot more to do with a belief system that functions as a religion than it does with real science.

In fact, the word “science” today has become so corrupted, that it is now almost synonymous with “religion.” It really refers to a highly educated class of people (the priests/doctors) who control the masses by claiming to have superior knowledge.

Those who practice TRUE science, and work at finding the actual data and what it shows, as opposed to listening to “important people” who dress nice and appear on the corporate media networks telling everyone what they should do, can learn the truth as supported by the data and make a rational decision, as opposed to an occult decision based on one’s belief system, or the belief system of someone else who is put into a position of authority.

And that data clearly states that whatever COVID-19 is, it is NOT dangerous to children.

Those ignorant parents who are signing up their children for experimental COVID-19 “vaccine” trials are following the same path that ancient people followed who listened to the talking head authorities of their day, and sacrificed their children to the priests practicing sorcery, magic, and witchcraft, trusting them and believing that they were actually doing something good for themselves and their families

It just looks different today, and we have more “sanitized” terms we use.

But the results are the same, and the children are the ones who are sacrificed and suffer the most.

You shall be blessed above all peoples; there will be no male or female barren among you or among your cattle.

The LORD will remove from you all sickness; and He will not put on you any of the harmful diseases of Egypt which you have known, but He will lay them on all who hate you. (Deuteronomy 7:14-15)

Jesus was going throughout all Galilee, teaching in their synagogues and proclaiming the gospel of the kingdom, and healing every kind of disease and every kind of sickness among the people.

The news about Him spread throughout all Syria; and they brought to Him all who were ill, those suffering with various diseases and pains, demoniacs, epileptics, paralytics; and He healed them. (Matthew 4:23-24)

And He called the twelve together, and gave them power and authority over all the demons and to heal diseases. And He sent them out to proclaim the kingdom of God and to perform healing. (Luke 9:1-2)