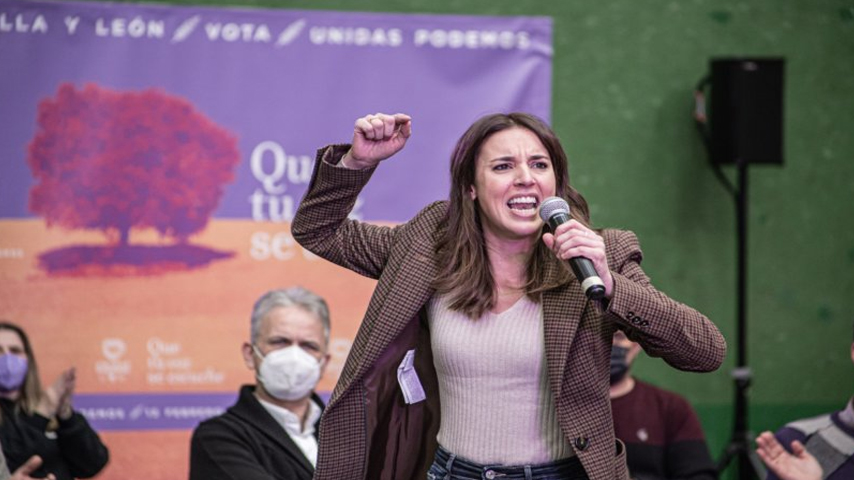 In what seems to be an attempt to normalize pedophilia, the Spanish minister of equality now says children should be allowed to engage in sexual acts as long as they provide “consent.”

During a meeting of the Equality Commission of the Congress of Deputies in the Spanish parliament last Wednesday, Irene Montero, the minister of equality and member of the left-wing Podemos party, made comments on sex education for children, saying that children have the right to love or have sexual relations with “whomever they like.”

“Talking about sex education is a right of boys and girls, regardless of families, all have the right to know their bodies, to know that no adult can touch their bodies if they themselves do not want to and to know that this is a form of violence,” Montero said.

“Children have the right to know that they can love or have sexual relations with whomever they like, as long as they are based on consent…” continued the politician, adding that “these are rights that need to be recognized.”

Montero made these comments despite the fact that the age of consent in Spain is currently 16, and despite the fact that on August 25, 2022, the Draft Organic Law for the Comprehensive Guarantee of Sexual Freedom was passed by the Spanish Congress which it clearly states that consent is expressly needed in order for sexual relations to lawfully take place.

The comments come at a time when the sexualization of children is becoming increasingly common in Western society, so much so that various activists have gone so far as to say that pedophilia has been greatly “misunderstood.”

Former “transgender” professor of sociology at Old Dominican University, Allyn Walker, resigned back in May after receiving major backlash for defending pedophilia in her book titled, “The Long Dark Shadow: Minor-Attracted People and Their Pursuit of Dignity.”

In the book, Walker claimed that the term “pedophile” is too stigmatizing, and instead, society should refer to pedophiles as “minor attracted people.”

Transgender professor advocates for pedophilia: ‘Sexuality can be fluid

Walker is just one of many who have advocated for the acceptance of pedophilia. A journalist for USA Today, Alia E. Dastagir, likewise attempted to argue that pedophiles may just be “misunderstood,” stating that using the term pedophile “interchangeably with ‘abuse’ fuels misperceptions.”

In a blog piece written for LifeSiteNews, Jonathan Van Maren responded to these arguments by  urging everyone to “call out every attempt to ‘destigmatize’ pedophilia.”

“Those doing so may claim they are doing so out of compassion for those suffering from unwanted attractions, but they are bad faith actors with sinister agendas and a deeply perverse view of human sexuality,” Van Maren stated in the piece. “The place they are beckoning us toward is not one of love but of the Sexual Revolution’s next set of horrors.”

Following Montero’s comments, the leader of Spain’s “national-conservative” political party Vox, Santiago Abascal, announced his intention to take Montero to court for her radical stance on the sexual education of children.