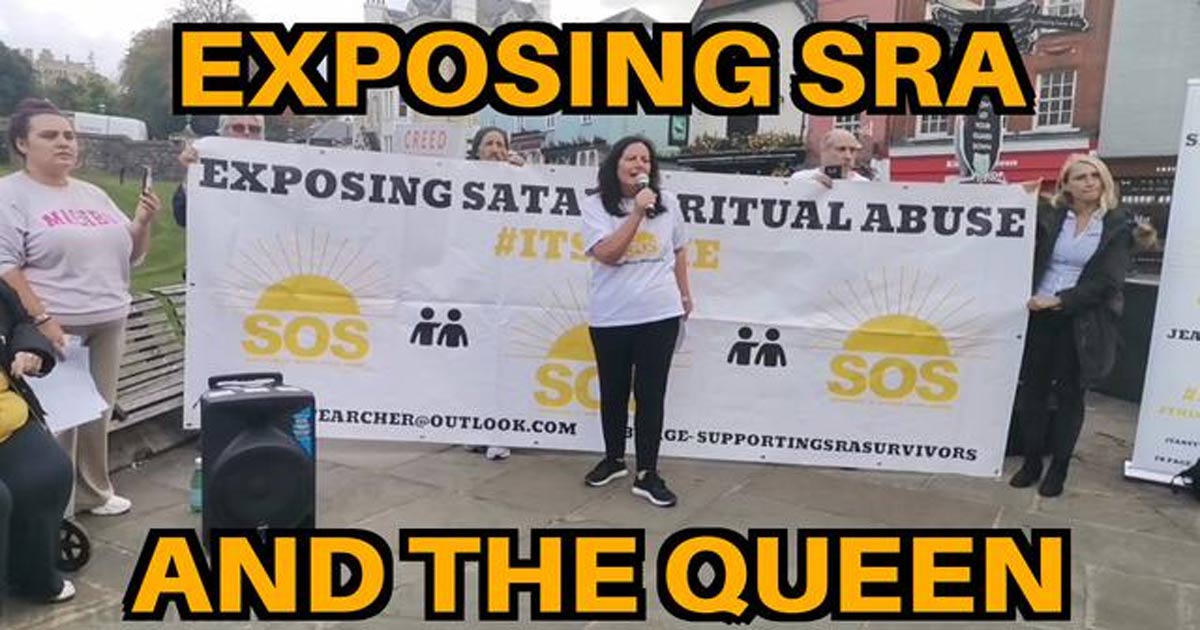 Jeanette Archer is bravely going back to the scene of the crime at Windsor Castle, where she witnessed countless children being molested and murdered during Freemasonic Rituals worshiping Satan. Archer claims the nightmare ceremonies were presided over by Queen Elizabeth in order to harvest Adrenochrome to satisfy the addictions of the “Power Elite”.

As a victim herself she describes the agony the children have to go through before being brutally murdered by these elite pedophiles. In order to please SATAN children are being tortured to the highest degree unimaginable to the likes of us. Archer reveals the secrets of Area 51 as to why nobody has yet found out what actually transpires in that secret facility and debunks the alien bullshit.

She recalls horror Hunting games where these young ones are made to run and the elite hunt them like animals with women clapping at the back and men enjoying their trauma and misery. As she belonged to the Satanic family she was left alive. But the walk back to the dungeon with all the dead bodies of children and splattered blood is nothing short of a zombie movie.

Satanic rituals: Children are being kept hungry for 2-3 days and then drugged. They are then dressed in white robes and tied to ritual circles. Likes of three-year-olds with their hands and legs tied are repeatedly raped by multiple people and then left to die. First tortured to raise adrenaline and then throat is slit and their blood is harvested which all people present would drink.

Steve Quayle: The Great Reset and the Great Tribulation are one and the same