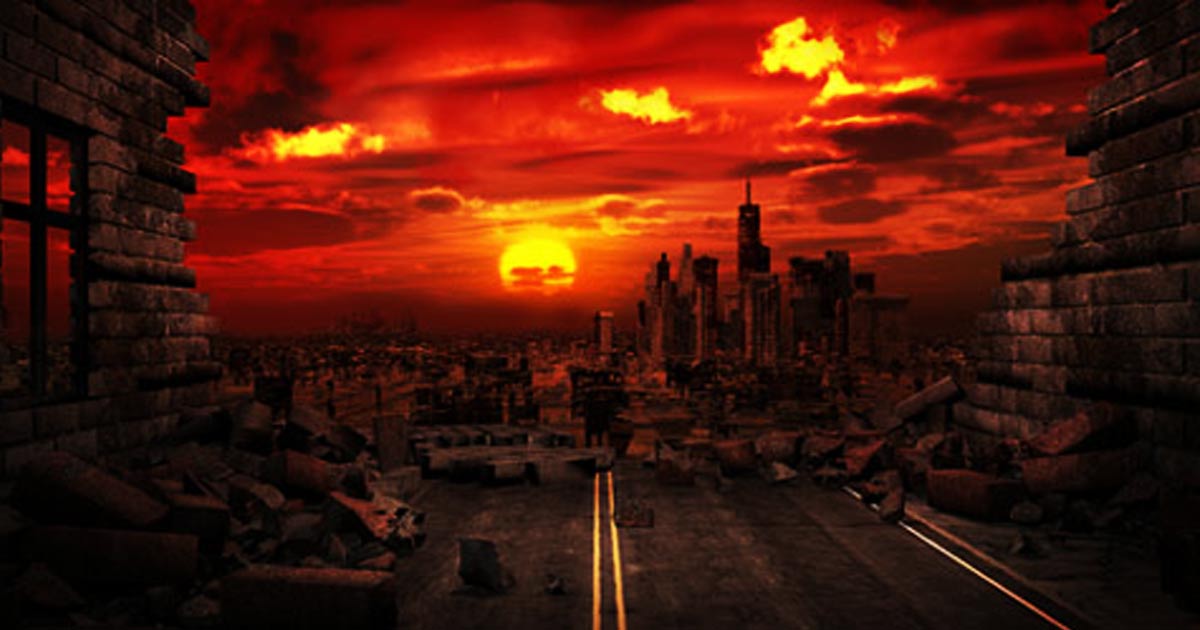 Earth’s civilization has a “very low probability” of surviving the next few decades without facing a catastrophic collapse.

A new scientific study shows that deforestation coupled with the rampant destruction of natural resources will soon have devastating effects on the future of society as we know it.

The researchers used statistical modeling to see how rates of resource consumption, namely in terms of deforestation, affects the ability of global human society to sustain itself.

The results are horrifying with just a 10% chance that human civilization will be able to make it through the next 20 to 40 years without a catastrophic collapse.

“We conclude from a statistical point of view that the probability that our civilization survives itself is less than 10 percent in the most optimistic scenario,” report the study authors.

“Calculations show that, maintaining the actual rate of population growth and resource consumption, in particular forest consumption, we have a few decades left before an irreversible collapse of our civilization.”

“It is hard to imagine, in absence of very strong collective efforts, big changes of these parameters to occur in such time scale,” they added.

This is all theoretical, of course… BUT

The study authors are both mathematical physicists who use modeling to understand complex systems, ranging from complicated biological processes to fiddly social systems.

This intensely theoretical approach does have some limitations. As the researchers point out, their work assumes some parameters (such as population growth and deforestation rate) will remain constant, which is certainly not guaranteed. Forest is also taken as a proxy for all resources, which could be seen as oversimplistic.

Nevertheless, the study paints a compelling image of how rampant deforestation and population collapse threaten human society as a whole.

Last month, the Deutsche Bank warned there is a 33% chance that the economy will collapse within the next decade due to one of the 4 following risks: a major influenza pandemic killing more than 2 million people, a globally catastrophic volcanic eruption, a major solar flare or a global war.

The study primarily looks at deforestation and our consumption of trees. Trees are an invaluable asset for humans and the wider ecosystem. Not only do they support natural and human food systems but they also are a lynchpin in a number of important systems, such as the carbon cycle, oxygen production, soil conservation, and the water cycle. As such, the researchers say deforestation will soon mean there are not enough resources to maintain the global population, at which point there will be a “disastrous collapse” of the population.

At the current rate of deforestation, all of Earth’s forests would disappear in 100 to 200 years. However, the study predicts that the scarcity of forests will start to cause problems long before all of the planet’s trees are gone.

One of the most remarkable skills of humans is their ability to adapt and innovate. As such, you might expect that technology and science will develop solutions to this problem. However, the report argues that the “consumption of the natural resources, in particular the forests, is in competition with our technological level.” In other words, the more technology progresses, the more we are likely to destroy forests unless a profound paradigm shift occurs.

The researchers also toy with the idea of the so-called “Fermi paradox” and the question of why we have not yet come across another advanced alien civilization given the high probability of existence.

On this point, the researchers point out that some believe only very few civilizations would be able to reach a sufficient technological level to journey out of their solar system before depleting their resources. Essentially, aliens wipe themselves out before becoming advanced enough to launch an interstellar exploration.

Perhaps, this could be the predicament facing Earthlings in the coming few decades unless civilization undergoes a remarkably rapid transformation.

The Curious Case of Anthony Fauci – The Bernie Madoff of Science