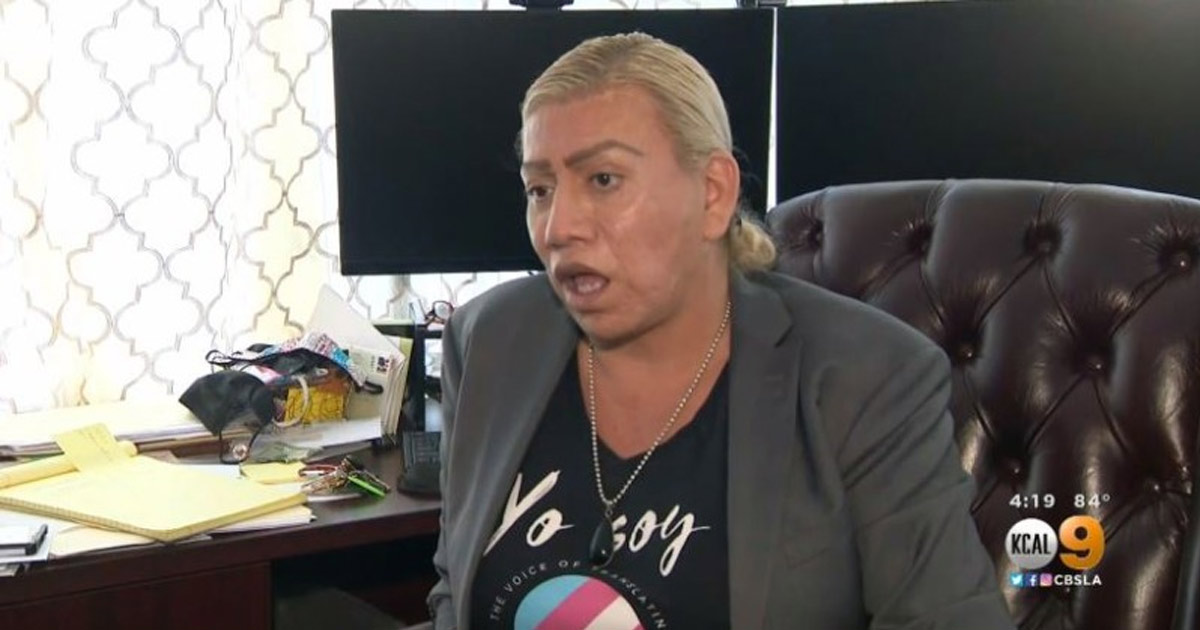 The CEO of a trans group says the woman who complained about a man exposing his genitals to children in the female area of Wi Spa in Los Angeles is “horrible” and practiced “violence” against trans people.

A video that went viral earlier this week shows the woman – who goes by the name CubanaAngel on Instagram – confronting Wi Spa staff about the incident, during which she claimed the individual deliberately flashed his penis to women and little girls.

Another man in the clip defends the alleged culprit, suggesting that the woman is transphobic for making the complaint.

A man flashed his penis in front of little girls at a spa and was allowed to do it because he claimed to be a woman. If you watch this video and find yourself siding with the man, please realize that you are not only insane but evil.

The spa responded by issuing a statement that cited California Civil Code 51 (b) and argued that it would have been discriminatory to take action against the transgender.

“Like many other metropolitan areas, Los Angeles contains a transgender population, some of whom enjoy visiting a spa,” the statement said. “Wi Spa strives to meet the needs of all its customers.”

Reporting on the story, CBS Los Angeles asked Bamby Salcedo, CEO of the TransLatin@ Coalition, for her reaction to the clip.

“I think this is one of the horrible things that we experience every single day within our society,” said Salcedo.

“California is the state in the whole nation that has the most trans-inclusive legislation,” Salcedo said. “And, obviously, different local governments also adopt some of those laws.”

The activist added, “The trans community, particularly trans women, we experience this type of violence every single day of our lives.”

Apparently, opposing men showing their genitalia to children is an act of “violence” now.

As we highlighted yesterday, the woman who filed the complaint has organized a protest outside Wi Spa on Saturday at 11 am, although counter-protesters are also planning to gather an hour earlier.

Because siding with biological males who want to expose their penises to kids is obviously a noble human rights cause.