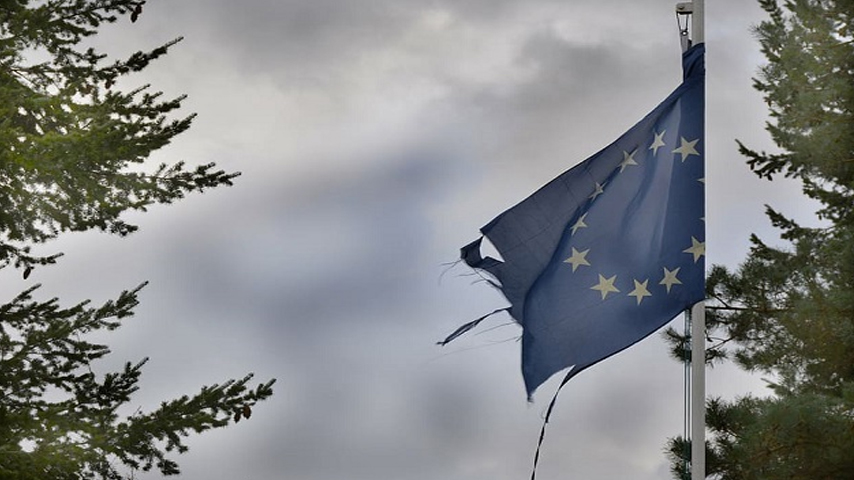 Hillary Clinton and Barack Obama both lobbied for the EU to back the censorship bill known as the Digital Services Act on Thursday:

For too long, tech platforms have amplified disinformation and extremism with no accountability. The EU is poised to do something about it.

I urge our transatlantic allies to push the Digital Services Act across the finish line and bolster global democracy before it's too late.

Incredible moment from today: @BarackObama touts the EU's Digital Services Act #DSA as a way to "regulate the abuses that are seen in Big Tech companies."

And he calls on the US to "find our voice in the global conversation." pic.twitter.com/0HZ9mHHFDz

"What is illegal offline is also illegal online.
Now it’s a real thing – not a slogan anymore.

This is what we have achieved : an agreement on the #DigitalServicesAct that is even better than the proposal we tabled two years ago."

The Digital Services Act (DSA) — the second part of a massive project to regulate tech companies — aims to ensure tougher consequences for platforms and websites that host a long list of banned content ranging from hate speech to disinformation and child sexual abuse images.

[…] Tech giants have been repeatedly called out for failing to police their platforms — a New Zealand terrorist attack that was live-streamed on Facebook in 2019 caused global outrage, and the chaotic insurrection in the US last year was promoted online.

The dark side of the internet also includes e-commerce platforms filled with counterfeit or defective products.

[…] The regulation will require platforms to swiftly remove illegal content as soon as they are aware of its existence. Social networks would have to suspend users who frequently breach the law.

The DSA will force e-commerce sites to verify the identity of suppliers before proposing their products.

[…] The European Commission will oversee yearly audits [of Big Tech firms] and be able to impose fines of up to six percent of their annual sales for repeated infringements.

Looking over the outline of the new agreement it’s striking how they seamlessly conflate child sexual abuse material with “illegal hate speech.”

The law calls for plans to restrict free speech on the internet during times of “crisis.”

The DSA also pushes for a “public electronic identity (eID),” which Politico previously described as a “National ID card” on your phone that has its origins in vaccine passports and “Digital COVID Certificates.” 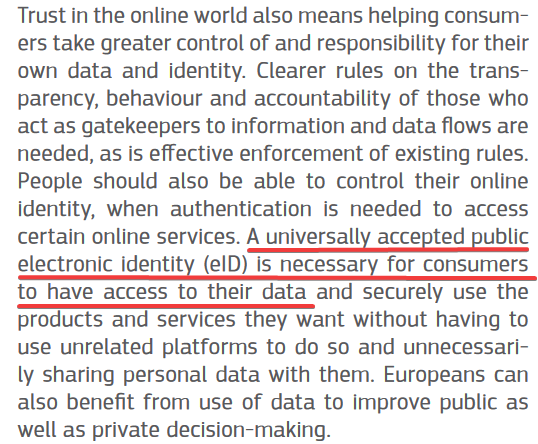 Though the eID is sold under the guise of protecting people’s privacy, “digital rights activists … worry the proposal could allow the private sector to better access people’s government-certified information, thereby actually strengthening the likes of Facebook and Google and the targeted advertising industry,” Politico reported.

This law is the EU’s answer to the rising tide of populism and nationalism. Rather than offer any concessions to the masses, they’re imprisoning “far-right” leaders, outlawing “far-right” groups, sanctioning Hungarians to punish them for voting for Viktor Orban and launching witch hunts against Marine Le Pen to sabotage her election chances.

This is how they “defend democracy!”