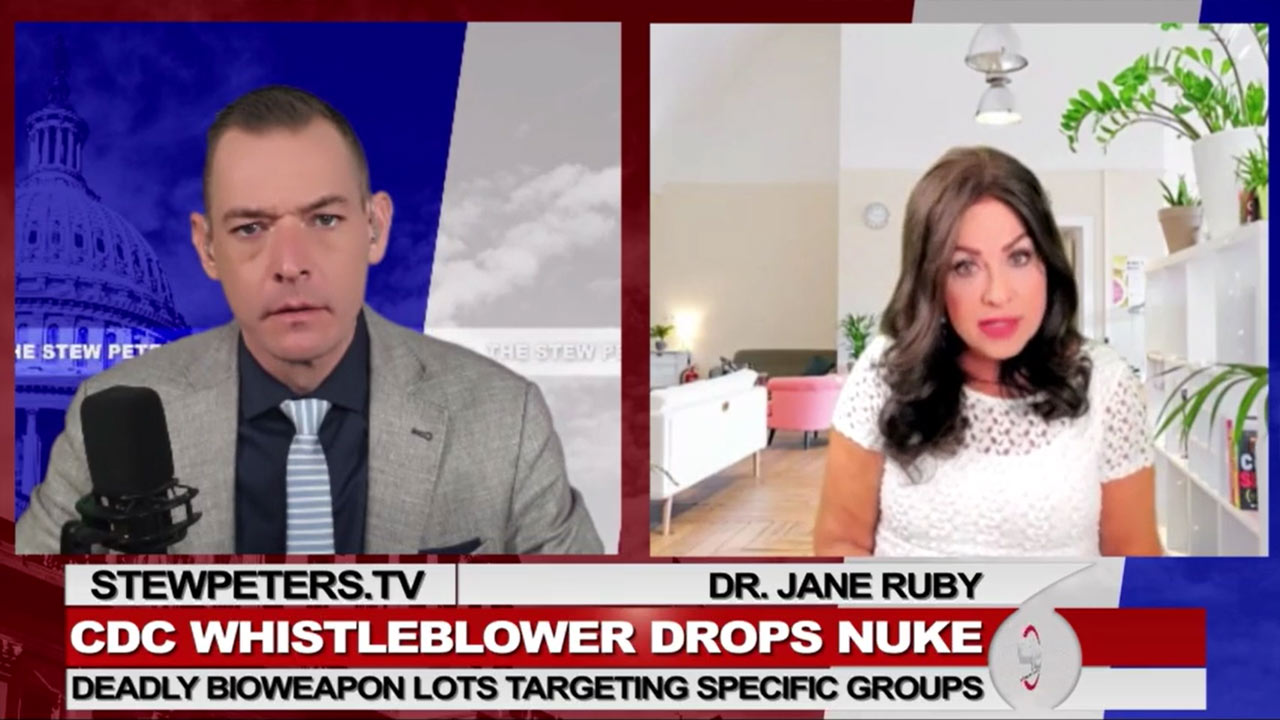 She verbally firebombed the CDC’s official narrative on safe shots during her Monday segment with the Stew Peters Show, after receiving a document through a private zoom meeting with the elite vaccine truth analyst group, Team Enigma.

“There were specific lots which, we pretty much know from the beginning, targeted the United States specifically,” Dr. Ruby said.

One of the lot numbers of concern, EM0477, has been associated by the CDC as being responsible for causing 230 deaths, and countless numbers of injuries. More shocking than the death count, is that the lot number does not even appear in the supposedly public and transparent Vaccine Adverse Event Reporting System (VAERS) reporting system.

“It appears that women are targeted three or four times more than men,” Dr. Ruby said. “One of the analysts said, if you can disable women, or kill them, it really destabilizes families, and if you disable them with things other than direct fertility damage, it will still trickle to their fertility, so this is all about depopulation.”

“When Sasha was on the show last week, she specifically said, no lots are safe, but there are some that are strategically more dangerous, more deadly than others,” Stew Peters said, quoting the statements made by Team Enigma analyst Sasha Latypova.

In July 2021, Dr. Jane reported on information from a CDC whistleblower which indicated that the number of deaths caused by the vaccine had been horrendously underreported. The real number, according to a signed affidavit from the insider, sourced from private Centers for Medicare and Medicaid Services (CMS) data, was 45,000, and that number is undoubtedly higher today after a year of inoculations.

Some Comments by viewers:

Now, Craig Paardekooper needs to include this batch on HOWBAD.info

The Stew Peters show should be subtitled in all European languages. We need a lot of help here in Europe to wake up the sheeple. We are risking being extinguished by ignorance.