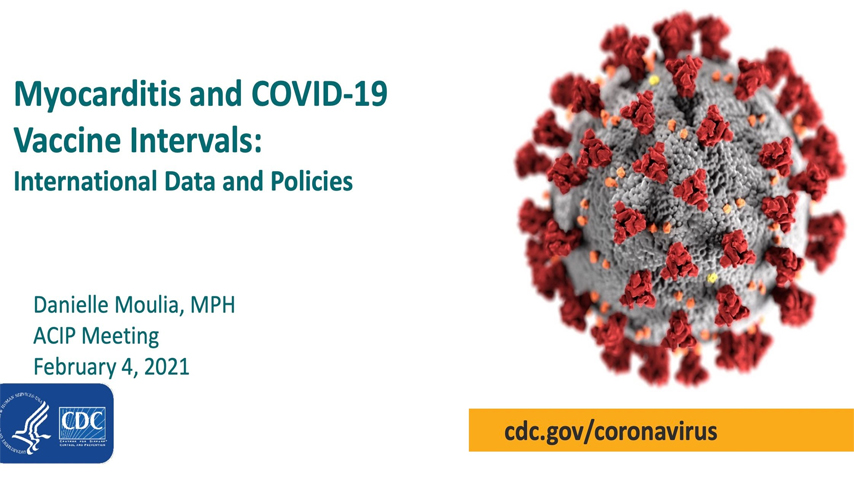 In a new update published on the CDC website on February 22nd, scientists say prolonging the interval between the first and second dose from six to eight weeks “may mitigate the risk of myocarditis/pericarditis and improve vaccine effectiveness.”

The CDC said the relative risk for myocarditis caused by mRNA vaccine is higher in young males ages 12 to 39 years old and claimed this is rare.

According to the update,  a 3 or 4-week interval continues to be the recommended interval for people who are moderate to severely immunocompromised, adults ages 65 years and older, and others who need rapid protection due to increased concern about community transmission or risk of severe disease.

Extending the interval between the first and second doses might reduce myocarditis risk.

CDC released a new study examining international data and policies on preferential recommendations of an mRNA vaccine product or extended primary series intervals as they relate to myocarditis and/or pericarditis. Below is the summary of findings in each country.

France and Germany: Summary of findings

According to the summary of findings, the risk of myocarditis may be higher for Moderna than for the Pfizer vaccine.

The study concluded that myocarditis and pericarditis may be associated with Moderna vs. Pfizer especially in males aged 18-29 years old and also with shorter primary series intervals.

After billions of their test vaccines were given only now they are saying to extend the interval between shots or you could face myocarditis.
It’s a little too late for that now.

You can read the full report here.

Shocker: Why is this substance inside the Moderna COVID vaccine?

People With Jobs Are, All of a Sudden, Becoming Disabled at Alarming Rates