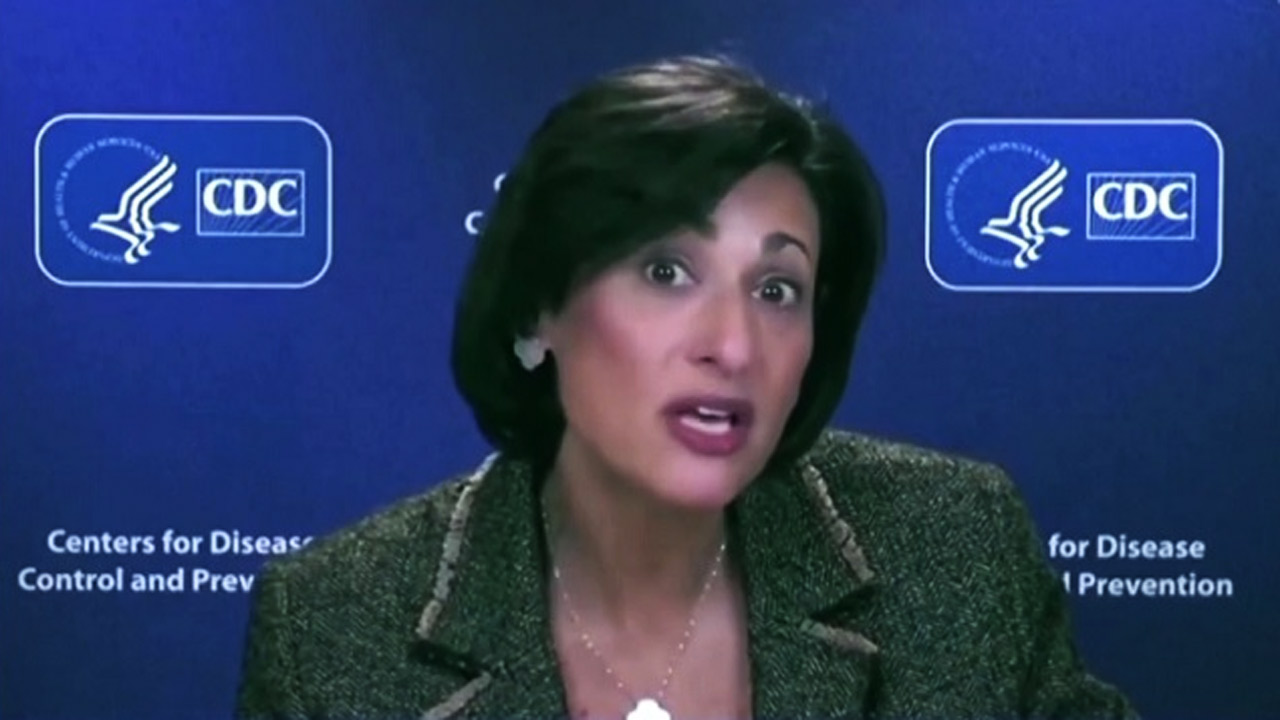 CDC Director Rochelle Walensky has been wildly inflating the number of “vaccinated” Americans by counting potentially tens of millions of “boosters” and second doses as first-time shots, according to a report from Bloomberg News.

To give you an idea of the scale of the CDC’s overreporting, in just one state, Pennsylvania, the CDC overreported the number of first doses for the elderly “by about 850,000” when compared to the state’s own revised estimates.

There are only around 2.27 million elderly people (aged 65 and over) in all of Pennsylvania.

From Bloomberg, “Vaccine Data Gaps Point to Millions More in the U.S. Who Lack Shots”:

Last weekend, the Centers for Disease Control and Prevention revised a bellwether metric — the share of people 65 and older with at least one shot. The agency reduced the proportion from 99.9%, where it had been capped for weeks, to 95%, without changing its raw shot totals.

The move acknowledged a dynamic state officials have discovered: in collating reams of data on vaccinations, the U.S. has counted too many shots as first doses when they are instead second doses or booster shots.

CDC data show 240 million people with at least one shot, or about 72.5% of the population. But the agency says only 203 million are fully vaccinated, or 61.3%, an 11-percentage-point difference that is far larger than in other developed countries.

State and local officials say it’s improbable that 37 million Americans got one shot without completing their inoculations. Instead, they say, the government has regularly and incorrectly counted booster shots and second doses as first doses, a dynamic the CDC acknowledged in a statement.

That means both the fully vaccinated and completely unvaccinated are officially undercounted. The precise number miscounted is unknown, but revisions in data from three states — Illinois, Pennsylvania and West Virginia — found enough over-counting of first shots to indicate millions of unvaccinated people nationally who’ve mistakenly been counted as having received a dose.

Changes to national data on the scale of Pennsylvania’s revisions, for example, would mean increasing the number of Americans who are unvaccinated by more than 10 million.

“The truth is, we have no idea,” said Clay Marsh, West Virginia’s Covid czar.

The CDC put out an empty statement dodging the issue:

The White House referred questions about the over-count of first shots to the CDC. In a statement, the agency acknowledged the ongoing data review. “Given the complex nature of vaccine administration and data reporting in the United States, CDC has been actively working with partners at state and local levels to enhance the quality of vaccine data,” the agency said.

[…] “We don’t have any faith in the numbers on the CDC website, and we never refer to them,” [James Garrow, a spokesman for the Philadelphia Department of Public Health] said.

[…] Last month, in one data change submitted to the CDC, the state government in Pennsylvania lowered its estimate for adults with at least one shot to 94.6% from 98.9%. The proportion of fully vaccinated older people also fell. Another data update is due by year’s end.

Note how they only report “the proportion of fully vaccinated older people also fell,” without giving the actual percentages.

If there are 2.27 million elderly Pennsylvanians and they overestimated the number who got at least one shot by 850,000, that means the number may have just been revised down by around 36%.

Bloomberg clearly did not want to report this news and only did so to try and shape the narrative.

Illinois found that it had 540,000 more completely unvaccinated people, age 12 and up, than thought — about 6% of what the count would otherwise now be. But the audit also found 730,000 people who were fully vaccinated and hadn’t been counted as such in previous counts.

The official U.S. gap between people with just one dose and those who are fully vaccinated — about 11 percentage points — far outpaces other nations. The next highest gap among Group of Seven nations is the U.K., at 6.7 percentage points, according to the Bloomberg Vaccine Tracker. That figure is more in-line with the revisions made in Illinois and Pennsylvania.

State officials say the explanation isn’t that Americans are uniquely unlikely to get a second shot but instead that the country’s health system, unlike its G-7 peers, is exceptionally fragmented. Each state maintains its own set of data, some have several, and all blend their information with data from health providers such as pharmacies and federal programs.

As a reminder, CDC Director Rochelle Walensky was caught lying to the public back in July and August by massively underreporting the number of vaccinated Americans who were dying with covid in hospitals.

The system struggles to accurately record people who get shots in different places or from different providers. For example, someone who got a shot in one county and a second shot in another might be recorded as two first doses, instead of fully vaccinated.

Another example: a patient vaccinated in the Department of Veterans Affairs system who then gets a booster shot at a private pharmacy might also be inaccurately recorded as two first doses.

The CDC says estimates of vaccine share are now capped at 95% because of these sorts of scenarios, where linking vaccine records is impossible. “This can lead to over-estimates of first doses and under-estimates of subsequent doses,” the agency said.

The over-count grew in the summer and early fall as some fully vaccinated people sought booster shots before they were formally authorized by federal regulators, officials say. Those shots were likely recorded as first doses, inaccurately.

[…] Nationally, CDC estimates of people 65 and up with at least one shot out-pace state totals by about 4.5 million, data compiled by Bloomberg show. While there are some explanations that could narrow the difference — some states don’t count shots administered by federal agencies, like Veterans Affairs, while others do — it also signals a discrepancy in the millions.

One of the biggest gaps was identified in Pennsylvania, where CDC estimates of first doses for the elderly exceed state estimates by about 850,000.

Other states have submitted revisions for varying reasons to the CDC, including Minnesota, Colorado, New Jersey, North Carolina and Maine. Others, including California, plan to do so.

Some states have declined to revise their data, saying either that they’re confident it’s correct, or that the CDC required line-by-line review and it’s too onerous or that their data vendors limit the ability to make changes. Others say they don’t have the resources to comb through the figures. New York, where the CDC’s estimate of first shots among the elderly exceeded the state’s by more than 700,000 as of this week, reviewed its data and found no material changes.

We have no idea how many Americans actually submitted to this massive medical experiment.

That said, we know for certain that CDC Director Rochelle Walensky is a corrupt and despicable liar.