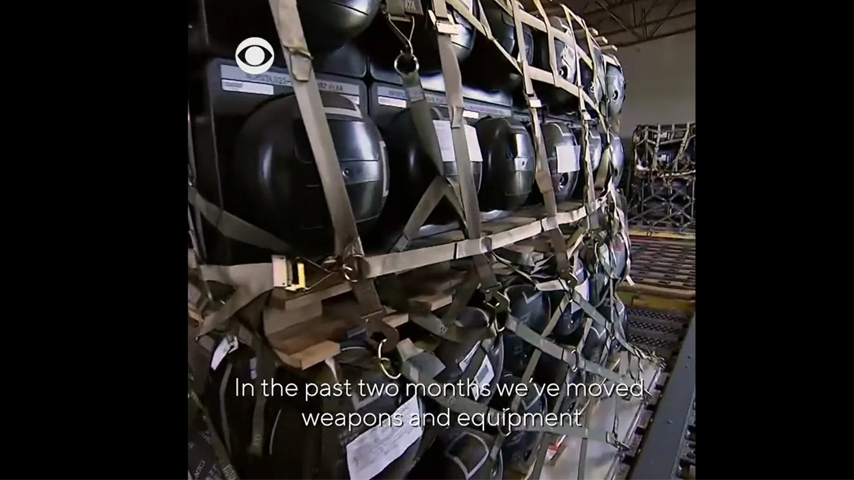 The documentary looks into what has happened to the military weapons that have been given to Ukraine.

Flooding a country with advanced weapons can have grave consequences, even when done with the best of intentions. This CBS Reports documentary goes inside Ukraine to get a firsthand look at how military aid gets from the border to frontline soldiers, and explores the difficulties of getting the aid to the fighters who need it.

The documentary exposed that only “like 30%” of weapons given to Ukraine reached their final destination.

“In the past two months, we’ve moved weapons and equipment into Ukraine at record speed. Drones, grenade launchers, machine guns. We’re seeing this incredible historic flow of weapons coming into Ukraine. Do we have any sense as to where they’re going? we don’t know. There is really no information as to where they’re going at all. All this stuff goes across the border, and then kind of like something happens, kind of like, 30% maybe reaches its final destination.”

The new CBS Reports documentary, "Arming Ukraine," explores why much of the billions of dollars of military aid that the U.S. is sending to Ukraine doesn't make it to the front lines: "Like 30% of it reaches its final destination." Stream now: https://t.co/Ob7Y3EsWkn pic.twitter.com/YgVbpYZkHn

You can watch the full documentary here

The Gateway Pundit previously reported on the US government not knowing what happened to hundreds of millions of dollars in weapons sent to Ukraine.

Now the Biden Administration is sending hundreds of millions of US dollars in weapons to Ukraine — But they don’t know what happens to these weapons.

Another debacle by the Biden administration.

Irrefutable: The coronavirus was engineered by scientists in a lab using well documented genetic engineering vectors that leave behind a “fingerprint”