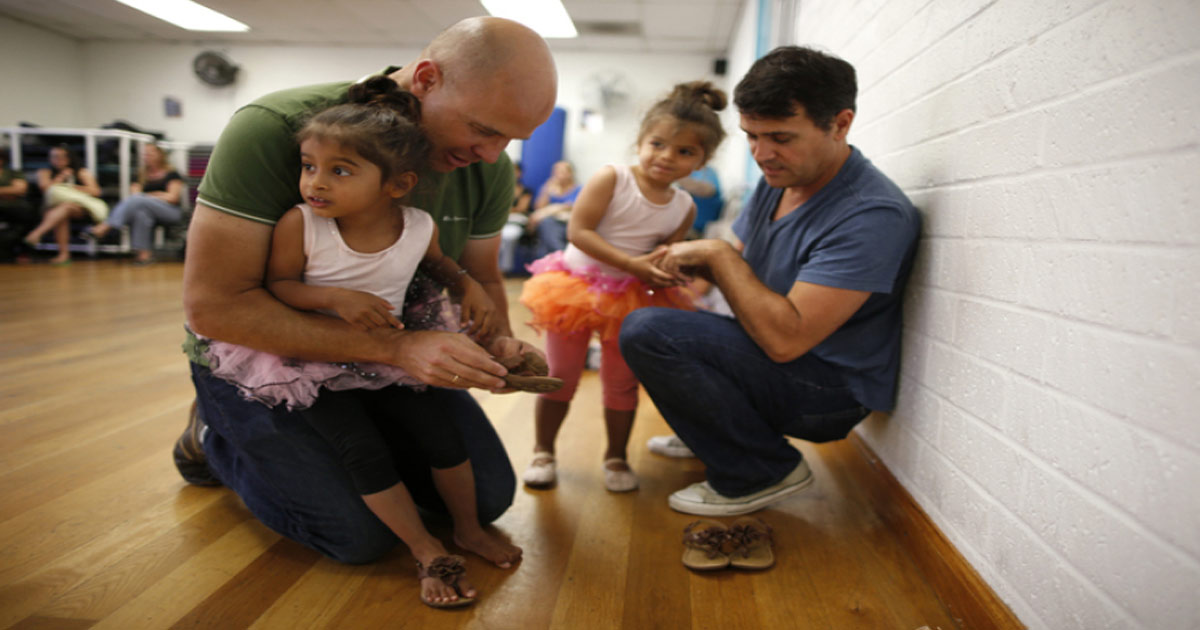 A group of Catholic priests has come out in support of a bill that would require all adoption agencies that receive federal funding to place children with same-sex couples.

The Association of U.S. Catholic Priests, which describes itself as “a pastoral voice of compassion, hope and joy in our pilgrim church and world,” has expressed support for the “Every Child Deserves a Family Act.”

According to the Lepanto Institute, a research and education organization dedicated to preserving the traditional teachings of the Catholic Church, the bill “would effectively shut down the adoption services of Catholic Charities by mandating homosexual adoptions as well as potentially adopting children to couples of any belief system, including active satanists.”

In its March 28 E-Bulletin, the Association of U.S. Catholic Priests touted the Every Child Deserves a Family Act as “a bill promoting the best interests of children in the foster care and adoption system by ending discrimination against LGBTQ+ and religious minority youth, foster parents, and families.” It encourages readers to sign onto a letter urging members of Congress to support the measure.

“As people of faith, we celebrate the important work of the many faith-based child welfare agencies that support and foster youth,” the letter adds. “Yet, some states have laws that allow taxpayer-funded child welfare agencies to misuse religious freedom to turn away prospective parents and in some cases, limit services to children due to their religion, marital status, sexual orientation, or gender identity. Such discriminatory practices break the cardinal rule of child welfare, to always act in the best interest of the child.”

“We are committed to religious freedom and believe that it need not conflict with other essential rights and protections. Religious freedom protects everyone’s right to practice the religion of their choice or no religion at all, as long as doing so does not inflict harm on others. To argue that religious freedom justifies the use of taxpayer dollars to discriminate against children and prospective parents is a distortion of such freedom and a misunderstanding of civil rights law.”

The Every Child Deserves a Family Act was introduced in the 116th Congress but it failed to become law. While the bill has not been introduced in the 117th Congress, the push by the Association of U.S. Catholic Priests to support the bill comes after Sister Simone Campbell, a nun well-known for her progressive political views and social justice advocacy, wrote an op-ed in support of the measure in February.

In addition to prohibiting “discrimination on the basis of sexual orientation, gender identity, marital status, or religion in the provision of child welfare programs and services by entities receiving federal funding,” the Every Child Deserves a Family Act, as introduced in 2019, would require the establishment of “the National Resource Center on Safety, Well-Being, Placement Stability, and Permanency for LGBTQ Children and Youth Involved with Child Welfare Services to provide training, technical assistance, and guidance to applicable state and local agencies and service providers.”

Additionally, the bill would prohibit the use of the Religious Freedom Restoration Act as a basis for challenging the provisions of the measure.

While the Every Child Deserves a Family Act has yet to be introduced in the 117th Congress, congressional Republicans have already introduced a measure designed to enable faith-based foster care providers to carry out their business practices in accordance with their religious beliefs about marriage and sexuality. The “Child Welfare Provider Inclusion Act,” introduced last month, faces an uphill battle for passage in the 117th Congress, with Democrats in control of both chambers of Congress and the White House.

Conservatives warn that the religious liberty of faith-based foster care providers is in danger even without the passage of the Every Child Deserves a Family Act. Alliance Defending Freedom attorney Greg Baylor warned that the passage of the Equality Act, a sweeping civil rights package billed as a necessary measure to enshrine nondiscrimination protections for the LGBT community into federal law, has “no exemption for religious foster care providers.”

The Equality Act has already passed the Democrat-led House of Representatives but has stalled in the United States Senate due to opposition from both Democrats and Republicans.

In addition to supporting the Every Child Deserves a Family Act, the Association of U.S. Catholic Priests has also come out in favor of the ordination of women as permanent deacons, which has put the organization at odds with its local Roman Catholic diocese.

In a letter announcing the ex-communication of Association of U.S. Catholic Priests representative Beverly Bingle, who attempted to be ordained to both the diaconate and the priesthood, Bishop Daniel Thomas of the Diocese of Toledo warned that affiliation with the group “may be a source of grave concern” due to the confusion and scandal” it has caused.