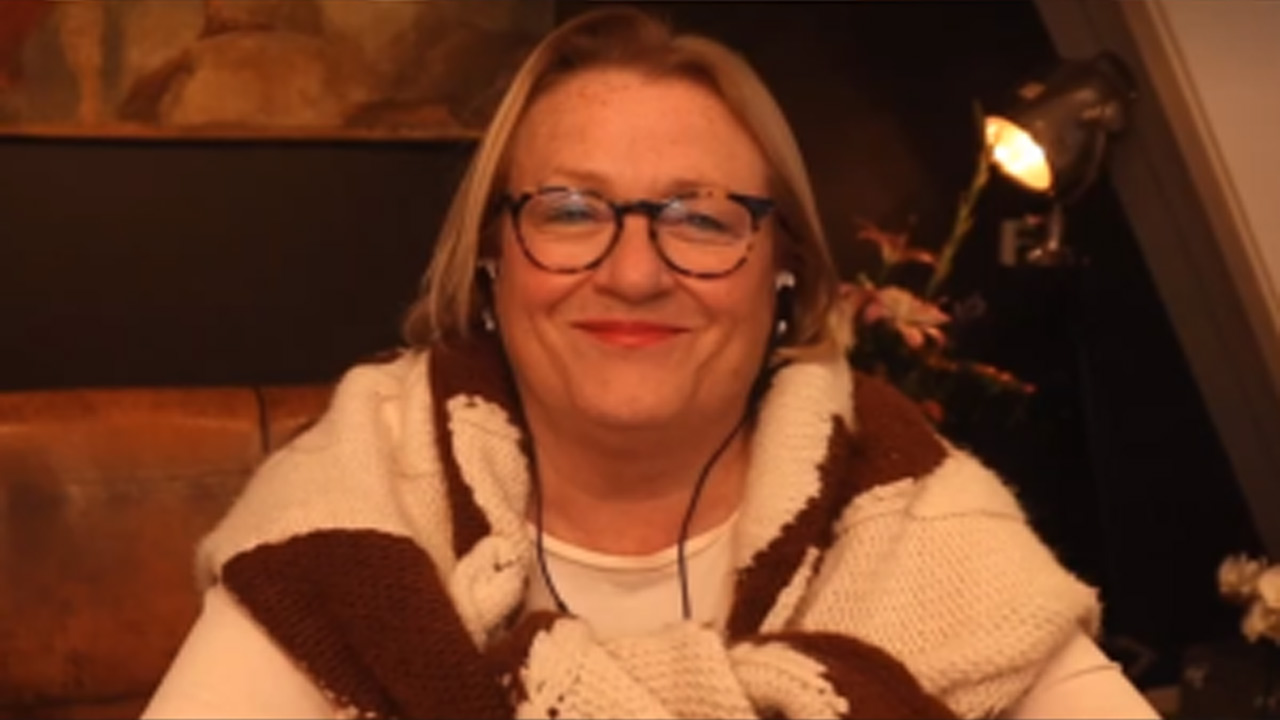 “The idea is you basically chip everybody, you put them on remote control through the cell tower system and instead of resonating with the divine, they resonate with a machine.”

Former Assistant Secretary of Housing and publisher of “The Solari Report” Catherine Austin Fitts (CAF) says all that’s happening now can be boiled down to one simple, but evil, concept.  CAF explains, “It’s a war on God, and God is going to win.”

Because America was set up with Biblical principles, it’s also a war on America.

“Now, we have a new model, and it’s called transhumanism, and the idea is you basically chip everybody, you put them on remote control through the cell tower system and instead of resonating with the divine, they resonate with a machine.”

Fitts goes on to say, “What we know is there is an enormous and powerful and forceful push to inject people with a mysterious substance or partial mysterious substance that we know, from the adverse events and deaths so far, is very dangerous.  So, we are politically trying to force people to play Russian roulette with poison, and the question is why?”

Could the reason for the deadly dangerous jabs be depopulation?

“You need a way of marketing the reset. . . . Covid is a way of marketing the reset. . . .We have a very ugly re-engineering going on, which is making inequality go through the roof.  You also have now a growing number of highly intelligent experienced people who are starting to realize that this is a coup, and the people leading the coup are not to be followed or admired.”

“A financial system cannot operate without the rule of law, and these guys are planning on running this thing with the rule of force.  There is a lot of smart educated people looking at this and saying that we don’t believe their plan will work.  So, we are in for a real food fight with the productive people and the people who would like to centralize control that is very unproductive.

“This is the transhumanists versus the human productive.  It’s a fight between the creepy and productive. . . .I think you are seeing a divide, and it’s terrible and tragic.  It splits families.  It splits companies.  So many people want to stay in the middle of the road, and they don’t realize the middle of the road is going away. . . . I have news for you.  It was clear they were going to liquidate the population through this process.  You need to sit down and get all the tools and information to radically strengthen your immune system and radically lower your toxicity levels.”

CAF also says, “The health care system, which is fantastic at certain things, has become almost completely untrustworthy. . . .I agree with Dr. Kory, it’s very dangerous to go to the hospital.”

On the financial front, CAF is most worried about inflation and explains, “My big concern is inflation.  You have seen the central banks print tremendous amounts of money.  They have channeled that money to insiders.  They were using it to buy up the planet, and that game is going to get much worse with the climate change operation.”

(There is much more in the nearly 40 min interview.)