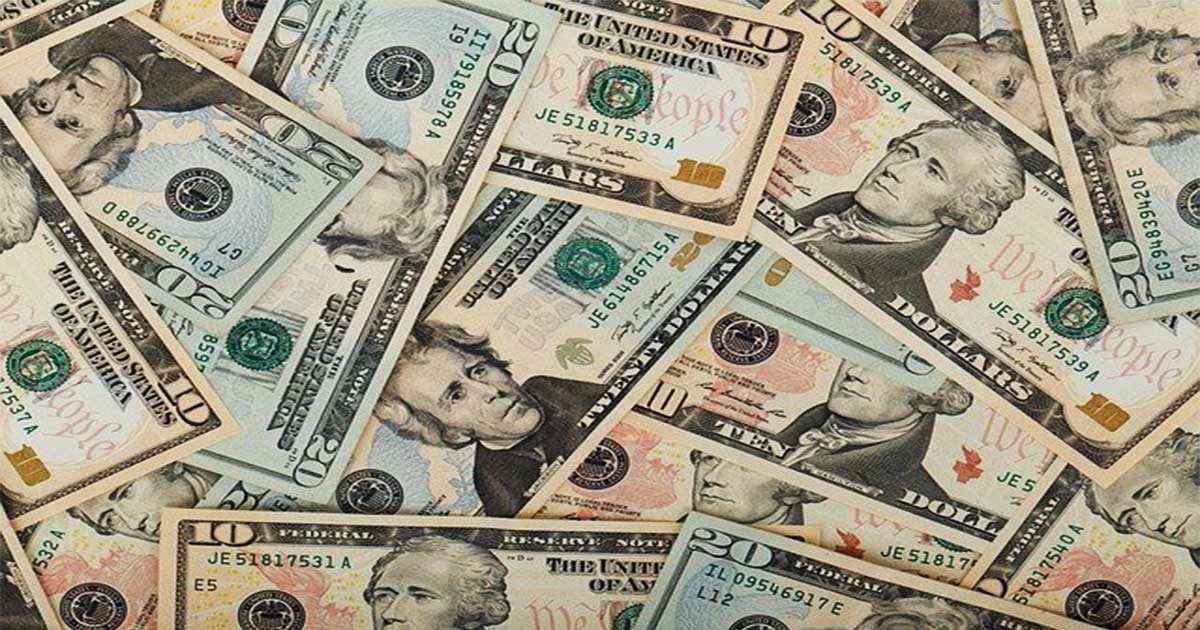 SOURCE: AUTHORED BY TOM LUONGO VIA THE STRATEGIC CULTURE FOUNDATION

There’s been a concerted effort recently among the oligarchs I like to call The Davos Crowd to demonize cash. From hedge fund manager Ray Dalio pronouncing ‘Cash is trash’ earlier this year to the fear-mongering surrounding COVID-19 making people fearful of dealing in cash because it might be tainted the anti-cash rhetoric has been amped up to eleven.

And it’s been no secret that the elite of the world want us to stop transacting in cash because it is something they can’t track. Sweden has flirted with the cashless society while the European Union did away with large denomination bills the same way the U.S. has been phasing them out.

A few years ago, India created a huge stir removing the 500 and 1000 rupee note from circulation. All of these moves have been, nominally, in service of stamping out corruption. They are sold to the public as a way to punish criminals and money launderers.

But the reality is that the push for removing cash from society is to put all of our financial dealings in databases which gives authorities a record of everything you do. As governments around the world become increasingly bankrupt they naturally look for ways to improve tax compliance as well as create profiles of anyone they deem a threat to their continued existence.

That’s the real reason for why ‘cash is trash’ to authorities. And the moves towards digital only versions of national currencies is an extension of the power grab currently underway as a response to the crisis of COVID-19.

But, more than that, the reason for this demonization of cash has as much to do with the understanding that the current global financial system is broken and will need a global coordinated bailout.

The easiest way to effect that is to be able to create digital money at the stroke of a keyboard.

The crisis of 2008 was bigger than the Federal Reserve. To survive it required the coordinated effort of all the major central banks along with support from the International Monetary Fund (IMF).

So, color me not shocked when I see this report from Sputnik that the head of the Shanghai Gold Exchange publicly make the case in favor of a transnational digital currency to replace the U.S. dollar as the world’s trade settlement currency.

According to Wang Zhenying, quoted by Reuters, the dollar, as a weapon of US pressure and a source of vulnerability for other countries, can no longer be the standard global currency. He admits that gold is also not an ideal means of exchange, as its quantity is limited and it cannot meet the needs of growing international trade. Therefore, a supranational currency for settlements independent of any country is needed.

This idea is not something new and was already promoted by China during the last financial crisis of 2008-2009. Then Chinese central bank chief Zhou Xiaochuan proposed to reform the system of international settlements through special drawing rights (SDR).

Author and commentator Jim Rickards has been making this point for more than a decade. He’s talked openly in his previous books The Death of Money and Currency Wars about the plans for the IMF to assume the role as the world’s central bank because the crisis in process will be greater than all the central banks.

I agree with Jim on this and have for years. The world’s elite have discussed these things openly. They’ve written white papers on this.

But what is interesting now is that Mr. Zhenying is modifying this idea slightly, talking in terms of a hard currency of some form to replace the U.S. dollar. But, look at his argument closely and you’ll see the bait and switch for while he doesn’t believe we’ll get consensus on using IMF Special Drawing Rights (SDR) as a way to settle accounts he doesn’t believe gold is viable either.

So what will it be, then?

Countries, like China, are already working on digital versions of their national currencies. The U.S. Congress tried to slip this language into the recently-passed first CARES Act authorizing trillions in bailouts and stimulus money.

Russia has been working on a digital as well as a cryptocurrency version of the ruble. The EU desperately wants member states to agree to debt mutualization and fiscal integration under the auspice of the European Central Bank to create digital only euros and end physical euros once and for all.

Gold ownership in Germany is now highly suspect with the German government openly tracking all gold sales greater than 1000 euros, less than one ounce.

Financial privacy is, effectively, already a thing of the past. Even the cryptocurrency markets in the so-called first world have to be AML (Anti-Money Laundering) and KYC (Know Your Customer) compliant to get the ability to operate with the existing financial infrastructure.

The push for the end of cash is a real thing. It’s a dangerous and worrying trend because it assumes all taxes and fees demanded by governments are legitimate. It assumes that if you want to remain private you are a money launderer and a cheat.

And what’s most worrying is that opposition to U.S. hegemonic behavior, weaponizing the dollar the way the Trump administration has, will be used as the rallying cry for an even worse system of social and financial control.

I’m all for the multi-polar world but we don’t need a global trade settlement currency as administered by governments. Do you really think that any other country wouldn’t eventually come to look like the U.S. after nearly a century of dominating the world’s financial landscape?

If you do then I assert you are either terminally naïve or a shill.

That’s what this story is really all about. The Davos Crowd never sets up a dynamic like this which leaves people with anything other than a Hobson’s Choice. You can either suffer under the tyranny of the U.S.’s rapacious banking oligarchy or you can choose an equally bad one administered as a global one.

But that isn’t the only choice. Mr. Zhenying isn’t wrong that something new is needed but it needs to be a real hard currency based on antecedent value, not birthed out of thin air or backed by future labor (debt).

The dollar reserve standard is in the process of dying. The great financialization of the world and the multiple levels of credit bubbles its engendered are bursting. People are open to alternatives. And in the great game of global capital a country only has to be slightly better than the current dominant player to attract the lion’s share once the outflows begin.

China is positioning itself to be a bigger player here but the IMF, governed and controlled by the U.S., is not the solution. That’s a ‘meet the new boss, same as the old boss’ scenario.

Right now gold is seeing a strong bid the world over and Bitcoin is rising into the halving of its reward pool which occurs every four years. There has never been a better opportunity for people to reject the pronouncements and solutions of the very people who have so thoroughly destroyed our ability to assess risk and value.

And it will be the discipline of cash tied to real assets, birthed from human toil but free from human manipulation that will return sanity to our markets and local economies. That’s what a hard currency is. That’s what Mr. Zhenying administers at the SGE and that’s what needs to come back.