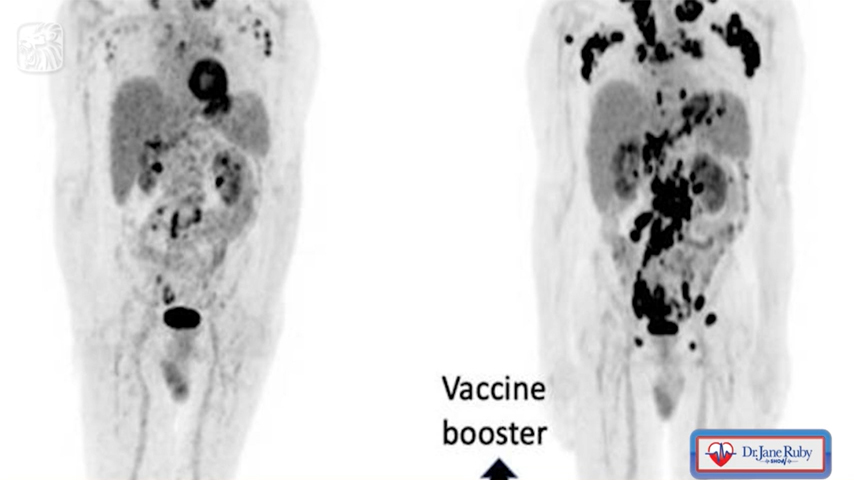 Dr. Jane reveals the incredible evidence flowing in on the emerging cancer diagnoses in the jabbed, now overwhelmed by the exploding cancers in the boosted and in the 2nd segment she explains how HIV proteins are embedded in all of the bioweapon injections mRNA codes that integrate with your own DNA that could be setting the stage for even more disability and death from the shots falsely referred to as C-19 vaccines.

People were reporting swollen lymph nodes, especially when women were showing up for their mammograms. A new study reports it is more than just normal swelling. After the first two doses, the receiver might suffer swelling or pain here and there but that will go away in a week or two. But the study shows when boosted it develops into lymphatic cancer.

Dr. Jane Ruby examines a 66-year-old man who was completely fine after the first two doses with no medical history but suddenly developed a massive amount of swelling in his lymph nodes in a week after taking the booster. Lymph nodes produce killer T cells also called T lymphocytes to fight infections in our body and are the major components of the adaptive immune system.

Dr. Ruby explains how structures of his lymph nodes change drastically after taking the booster resulting in lymphatic cancer.