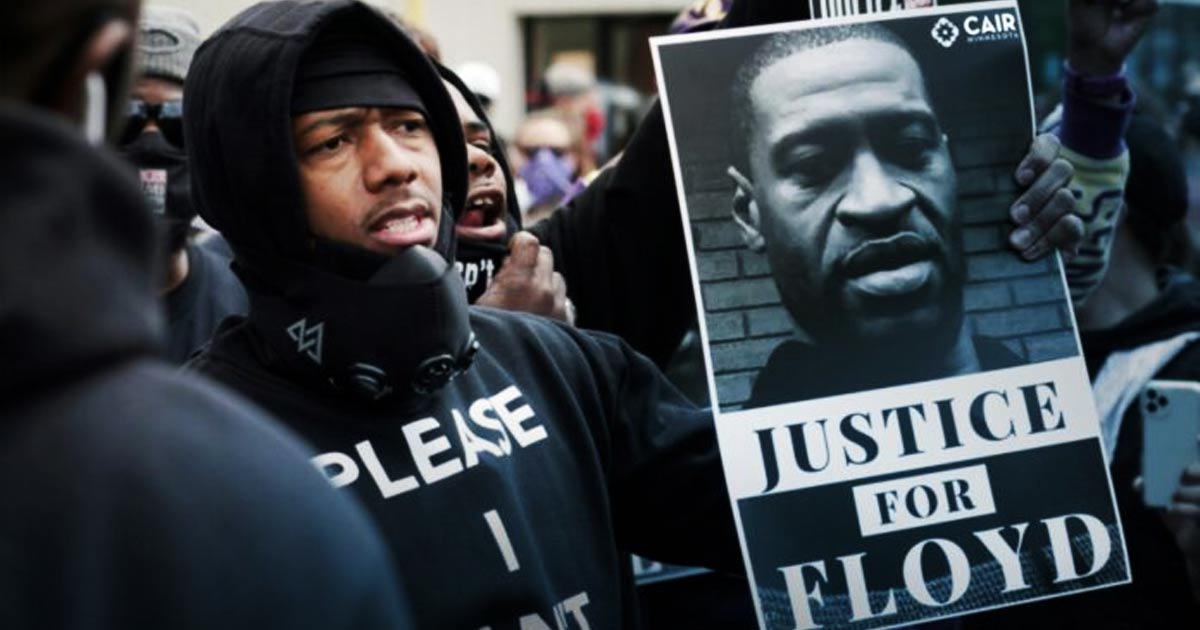 If you’re a celebrity and you say something anti-Semitic, there’s a reliable process for making the whole thing go away as quickly as possible. Have your PR person, who’s probably Jewish, write up an apology, meet with some local Jewish leaders and visit your local Holocaust museum. If there isn’t a local Holocaust museum or if you don’t have the time, you can meet with a Holocaust survivor.

After DeSean Jackson of the Philadelphia Eagles posted a fake Hitler quote claiming that “white Jews knows that the Negroes are the real Children of Israel and to keep Americas secret the Jews will blackmail America,” he was sentenced to a Zoom session with a 94-year-old Holocaust survivor.

“I’m taking this time to continue with educating myself and bridging the gap between different cultures, communities & religions,” Jackson informed the world via his Instagram account.

The NFL player is presumably still a Farrakhan supporter and will go on playing with the Eagles.

Then Nick Cannon, the host of “The Masked Singer,” took off his own mask when he hosted a podcast which praised Farrakhan and claimed that the anti-Semitic things that he and his guest, Professor Griff, formerly of Public Enemy, were saying weren’t anti-Semitic because black people are the real Semites.

Nick also apologized and visited a Holocaust museum. As if Hitler, not Farrakhan, were the issue. And he’ll keep on hosting “The Masked Singer” because cancel culture is backward when it comes to Jews. Anti-Semitism actually helps convince Jewish organizations to promote anti-Semitic celebrities.

After Chelsea Handler posted a Farrakhan video and then told anyone who didn’t like it to “go f*** themselves,” she not only didn’t lose out on her HBO Max special or her Penguin Random House book tour, but got Jewish federations to help promote her book about her new politically correct wokeness.

Over in the United Kingdom, Stephen Lamonby, a university engineering lecturer, was booted out for speaking positively of Jews. “I believe that the Jewish are the cleverest people in the world. They are much maligned because of it,” he had allegedly said.

Judge C.H. O’Rourke upheld Lamonby’s dismissal, contending that, “a Jew told they are good at physics, because they are a Jew, may well consider that as demeaning their personal intellectual ability.”

And yet one can’t help but suspect that if Lamonby’s crime had been cheering on Hamas and suggesting that the Jews were the new Nazis, there would be a legion of academic defenders rising on his behalf.

The problem wasn’t that the 73-year-old Hollywood veteran was anti-Semitic, but philosemitic.

Cancel culture rewards anti-Semitism, even as it ruthlessly punishes the mildest forms of political incorrectness, and assails those people who express an affinity for Jews and support for Israel.

And the alphabet soup of organizations that claim to represent Jews plays its part in this perversion.

The institutional infrastructure of federations, museums and organizations that claim to represent Jews, despite having been subject to fewer elections than a Cuban dictator, knows quite well what to do with anti-Semites. At least those who are famous enough to do more than dismiss them out of hand. It takes them to a Holocaust museum and asks them not to be so mean and hurtful the next time around.

The ritual is degrading and pointless for everyone involved, but only the anti-Semites understand that.

A few years ago, DC Councilman Trayon White suggested that Jews control the weather. So naturally, he was taken to visit the D.C. Holocaust Memorial Museum, where he made assorted bizarre remarks and then left early. White, who has the expected Farrakhan ties, is still in office, but he hasn’t lately accused Jews of controlling the weather. He knows what will happen if he does. Another museum tour.

But philosemites who may express their friendliness in politically incorrect ways are awkward.

The neurotic liberal establishment that insists on dragging Farrakhan fans who believe that Jews control the world, the weather, and are only pretending to be Jews, to Holocaust museums, does so because it wants to be liked by people who hate Jews and believes bigoted celebrities are the best sorts of people.

It doesn’t especially want to be liked by people who like Jews because they’re not very trendy.

Choosing between Nick Cannon and Stephen Lamonby — a young black celebrity and an elderly white male engineer — is an easy choice for organizations concerned not with integrity, but with popularity.

Like every nerd, they don’t want to be thought of as clever, but cool.

The dirty little secret of fighting anti-Semitism is that it’s never been concerned with what the wrong people do, but with what the right people say. The Anti-Defamation League got started battling vaudeville depictions of Jews by Jews because the latter, Eastern European and Russian Jews, embarrassed the ADL’s German Jews. If American Jewish organizations had put in a fraction of the effort trying to save Jews from the Holocaust that they did battling for admission to country clubs, fewer Holocaust museums would be needed.

The battle against anti-Semitism is obsessed with class perceptions instead of actually saving lives.

Even now, there’s a lot of interest in policing speech and little interest in preventing violence. When an idiot celebrity spews hate, he’s taken off to view photos of Auschwitz.

Meanwhile, Peter Beinart can call for the destruction of Israel and still have plenty of speaking opportunities in temples across America.

Resuming foreign aid to the Palestinian Authority, the updated brand of the PLO, which directly compensates terrorists who kill Jews, is the mainstream position of the Democrat Party.

If only the Jewish Democrats who wanted the host of a show where famous people dress up as giant singing geese to visit a Holocaust museum were as motivated to stop the actual murder of Jews.

While organizations that spent generations lecturing about anti-Semitism supported sending the Palestinian Authority more money so it could go on paying terrorists to kill Jewish teenage girls in Jerusalem, President Trump stepped in and took an axe to the terrorist money pipeline.

Jewish Democrats are working hard to elect Biden so that terrorists will once again be paid to kill Jews.

But his cut-off of aid to the Palestinian Authority actually saved Jews from being killed by terrorists.

The organizations conducting their unauthorized battles against anti-Semitism have conflated prejudice with violence. They have no clue how to fight the former and no interest in fighting the latter.

Prejudice isn’t fought with Holocaust museum tours, but with dignity. The first line of defense against it is having enough self-respect not to offer atonement to bigots who have nothing but contempt for you. Unfortunately, too many Jews on the left and the right can be counted on to launch into militant defenses, asked or unasked, of bigots on their side and to do so by leveraging their own status as Jews.

And too many organizations are happy to whitewash trendy bigots while ignoring uncool supporters.

What the fight against anti-Semitism really needs is the ability to separate class anxieties about acceptance from real threats. And that won’t be done by organizations like the ADL, whose class anxieties have transformed it into a generic leftist advocacy group with little interest in Jewish issues, or the rest of its organizational cohort whose priority is winning the acceptance of the urban upper class.

Distinguishing between class anxieties and real threats doesn’t require futile efforts to educate celebrities who like Farrakhan with Holocaust museum tours, but to educate Jews about dignity and self-respect. People who are less worried about acceptance by those it’s not worth being accepted by are better able to deal with real threats to their physical existence instead of threats to their feelings.

Cancel culture is the product of people who don’t have actual problems and spend all their time worrying about their feelings. Jews do have actual problems, including synagogue attacks by black nationalists and alt-right gunmen, Iranian nukes and the harassment of Jewish students on campus.

When we focus on real-world attacks, then the real problems of anti-Semitism also come into focus.

A people possessing its own dignity is able to stop chasing the affections of its enemies, whether in the Middle East or closer to home, and accept the affection of its friends even if they aren’t trendy enough.