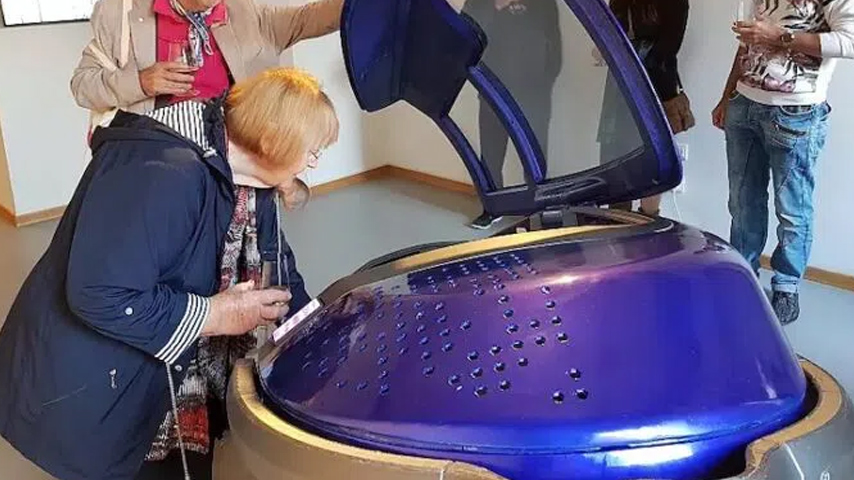 Canadian authorities have given the green light for a 32-year-old woman to be sent to her death due to her extremely low income.

The decision to kill the low-income woman is part of a new project by the Canadian government to solve inflation, homelessness, skyrocketing crime, and food shortages by euthanizing the poor.

Denise, whose real name has been omitted to protect her identity, suffers from a rare condition known as Multiple Chemical Sensitivity. Exposure to household chemicals triggers allergic reactions.

This has made securing housing a very difficult task.

Ctvnews.ca reports: Following a CTV National News article published this spring detailing her pending approval for medical assistance in dying (MAiD), Denise said the outpouring of public support she received evoked a glimmer of hope for her future. But now, it’s beginning to dull.

“I’ve been given this quasi hope where I see a way that I could survive now … the pieces just aren’t adding up and the money is the clock,” she said.

MAiD was legalized in Canada in 2016 for candidates whose natural death was reasonably foreseeable and later amended to include Canadians enduring an “intolerable” and “irreversible” illness, disease or disability.

More than 1,000 donors raised money in the spring to help Denise secure permanent housing in a wheelchair-accessible space with uncontaminated air. But six months later, she is still searching for a home as funds and time run out.

“I currently have two months left,” Denise said, nodding to her remaining pool of money.

“I have requested final approval for MAiD,” she said.

At a hotel in Toronto, perched on a ravine surrounded by trees and fresh air, Denise was finally able to take off her respirator and breathe in the spring.

The hotel was the only temporary accommodation she could find that was willing to pause their use of cleaning products with fragrances and chemicals 24 hours before her arrival.

In her last apartment, she couldn’t escape the chemicals.

Denise, who has been a wheelchair user for six years as a result of an upper spinal cord injury, is a recipient of Ontario’s Disability Support Program (ODSP). She calls her $1,278 a month “government-regulated abject poverty.”

The plan was never to stay at the hotel for an extended period of time. “This is completely unsustainable,” Denise said. But months later, she remains in the room.

In October, Denise toured a city-run unit offering below-market rent for the first time – something she’d been searching for for the better part of a decade.

But when she saw the available space, she found it to be unlivable.

“The first housing that I saw did not have adequate airflow. There was only one window. There was a mold smell in the bathroom, dead cockroach carcasses,” she said.

“This is where it becomes an accessibility issue because essentially, there are no affordable rentals in the city that are designed or accommodate Multiple Chemical Sensitivity.”

HOUSING AS A HUMAN RIGHT

Toronto-St. Paul’s MPP Jill Andrew said her office reached out to Denise in March after hearing about her fruitless bid for safe and affordable housing.

“The precarity of Denise’s situation should never happen, but this is the devastating reality for precariously housed individuals in Ontario,” Andrew told CTV News Toronto.

Her team wrote letters to Premier Doug Ford, along with Steve Clark, the minister of municipal affairs and housing, and Merrillee Fullerton, the minister of children, community and social services.

“To my knowledge, none of these letters have been responded to,” Andrew said.

“No one should have to seek Medical Assistance in Dying (MAiD) because of a government’s refusal to act in the best interests of individuals experiencing homelessness or disability. Denise needs the Ontario government to act today. She has no more time to spare.”

However, he did not directly address Denise’s situation.

The executive director of Toronto’s housing secretariat, Abigail Bond, said the city is “disheartened” by news of a resident considering MAiD and hopes Denise will reconsider.

But Denise said she was warned by city staff that finding city subsidized housing that could accommodate her disability would be like “finding a needle in a haystack.”

The federal government recognized the right to adequate housing as a fundamental human right in 2019, which Susannah Bunce, an associate professor of human geography at the University of Toronto, said the city needs to address.

“We need to start proactively discussing this in Toronto, about seeing housing as a human right and not something to be seen as a commodity,” Bunce said.

“It’s a situation that’s been produced by regulations that have been lifted by the provincial government, in particular over the last few years, to cater to the needs of landlords and people who want to invest in housing, rather than people who need good quality, safe, affordable housing.”

Denise said there is only final paperwork standing between her and a medically-assisted death.

Funeral arrangements have been made and a power of attorney has been signed.

To be considered, an applicant needs two independent doctors or nurse practitioners to confirm they meet the criteria, which Denise has done. That goes alongside a written request for MAiD signed by the person who is applying for it.

Once the forms are filed, Denise will enter a 90-day wait period before MAiD takes place.

“It’s the only option,” Denise said.

“Living in an unsafe environment is so detrimental to me and it causes so much suffering that it is just physically unbearable.”