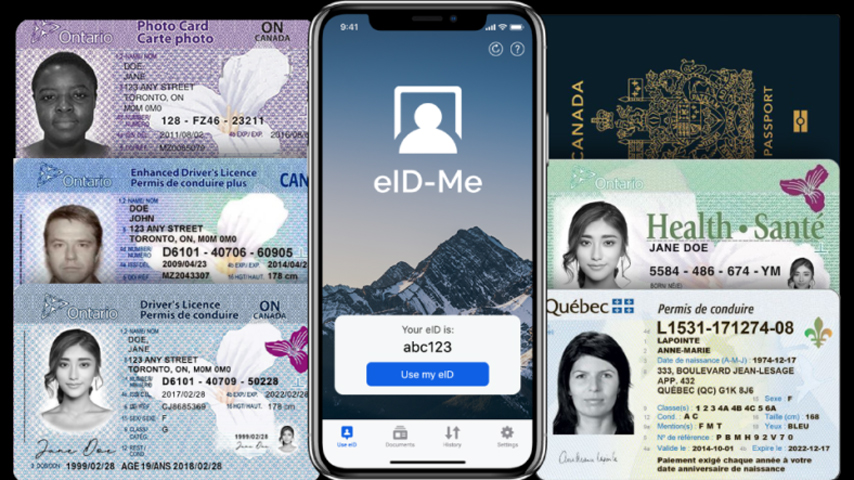 In another step towards establishing The World State, Canada is rapidly implementing the infrastructure to become a digital trailblazer for its increasingly surveilled and tiered society.

Ontario (the most populous province holding 40% of the national citizenry) recently announced that it will be introducing a “Digital Identity Program” that alleges to provide a “convenient way to prove who you are that will make accessing online and in-person services simpler, safer and more secure.”

This “eID” verification system was already partially rolled out across Canada amidst the Covid hysteria of 2021.

Government-run verification apps were given to bars, restaurants, event venues, and theatres to discern the vaccinated from the unvaccinated. It ultimately determined who was permitted to participate in Canadian society from September of 2021 until March of 2022.

And now the Progressive Conservative Party of Ontario (headed by Premier Doug Ford) wants to make this a permanent fixture of Canadian life where the “show me your papers” mentality could easily become the norm.

If fully implemented, a digital ID would mean the end of medical privacy, precarious citizenship, and a giant leap towards a communist-style social credit system.

Digital identification is being touted by the provincial government as a means to provide electronic versions of “trusted government documents that provide better safety, more security, and stronger privacy than physical identification.”

Drawing on the “safe and effective” language, they insist that it can be stored in smartphone wallet apps and will make accessing government services “easier”. Furthermore, they assert that it will not be held in a centralized government database, but rather, uniquely on your device alone.

Except that every single piece of your digital ID will be authorized and issued by the government…predominantly for government usage. I’m sure they can fill in the blanks if they wanted to. Plus you can already renew and apply for government services online as it stands.

But with a rollout date of October of 2022 (curiously syncing up with the next seasonal wave of coronavirus), it’s being wondered “why is this issue is being pushed now?” And yet again, Covid is being used as the pretext for this digital government intrusion into our lives.

As with everything else over the previous two years, Pandemic “safety” is the rationale (Even though these IDs expose you to significantly more risk from hackers or government abuse).

The Ontario website claims that have made it clear that online transactions can be convenient…and that contactless, in-person service options (such as tap-to-pay instead of [touching] a terminal), can help keep us safe.”

They first coerced their backdoor social compliance schemes with vaccination QR codes. Now they want to up the ante and start the slow creep of government involvement in nearly every transaction you have in life.

This push dates back to the last federal election in the fall of 2021. PM Trudeau promised the provinces $1 Billion in startup funding to establish their own digital ID systems. Although Premier Ford initially rejected the idea out of hand for Ontario as being divisive (and would create a “split society”) he is now welcoming the program wholeheartedly.

And it almost goes without saying, but-of course-there will be a “vaccination” section in the digital ID system.

Just a coincidence I’m sure.

And without even waiting for widespread social acceptance on a similar front, the Liberal Party of Canada is already being investigated by the Information and Privacy Commissioner for intrusive technology use.

His anxiousness to get this started should have us all worried considering how he slanders opponents as holding “unacceptable views”.

Writing in Wired magazine 4 years ago, Brett Solomon (executive director of Access Now, an NGO that defends and extends the digital rights of users at risk around the world) has decried the proposals with an alarming degree of foresight.

He notes how “digital IDs will become necessary to function in a connected digital world” and that this has not escaped the attention of authoritarians and social engineers.

He additionally notes how they are working to “splinter the internet, collect and localize data, and impose regimes of surveillance and control. Digital ID systems, as they are being developed today, are ripe for exploitation and abuse, to the detriment of our freedoms and democracies.”

Needless to say, this degree of informational coordination and centralization is an appalling and dangerous precedent. This could, and no doubt will at some point, be used to “cancel” or unperson anyone deemed enemies of the state, narrative, or social order.

Governments are awful at securing data so why would this be any better? Black hat hackers have proven far superior to the governments’ capabilities, so why would you risk losing your identity?

It’s interesting to note that tech and privacy experts are the leading voices cautioning against digital IDs. And this can only lead to one eventual place…a domestic social credit system.

Canada’s own government has a thorough review of how China uses this to their advantage on their site.

With all these hyperbolic health concerns they are pushing on us (while most people are scared and economically vulnerable), we need to ask ourselves some basic questions about their conduct.

While they’re busy cooking up these schemes for our lives (as a more easily corralled and traced cattle) what is the government doing to make itself more accountable to us?

Are they going to up their transparency in some radically inventive way? Are we going to get digital access to new sources of their information? And most importantly…what restraints are going to be put in place to safeguard us from their abuses of power in a digitized world?

One where people can be canceled or erased with ease. One where people will scoff at contemptible non-compliance with a sneer of condescension. “Don’t you know these ideas are good for us? Why would you need privacy if you’re not doing anything wrong? You can be fringe all you want, but I trust the computer science!”

Be sure that the goalposts can and will be moved with ease and that the onus will be on you to adjust.

Digital IDs are a path to an anti-liberty hell you won’t be able to escape.

Want a preview? Imagine all the Covid rules but with life destabilizing penalties for non-compliance.

They’ve proved they can take away your money, shut down your business, and coerce you to accept medical procedures.

The last step is to have you accept that your existence is predicated upon their approval.