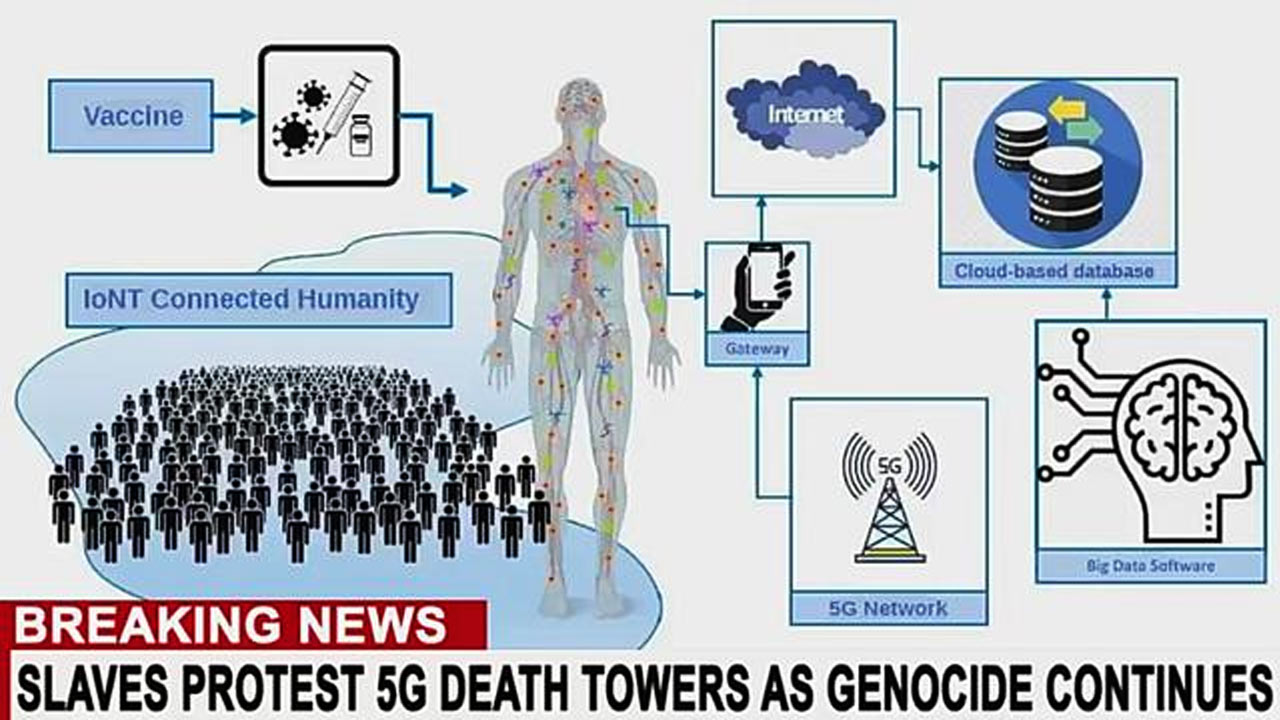 Recently a video went viral in which a woman who seems to be getting some kind of treatment on her nails got a seizure and died. She was holding her phone with the other hand and then a flash of light came which instantly triggered something inside her and a few moments later she was gone. It raises serious concerns, can the nanobots inside the vaccinated be activated via cell phones?

La Quinta Columna has already confirmed to us that there are some kind of rectangular pieces floating inside the blood of the vaccinated. In their research, they have shown that vaccinated do emit EMF signals which and can even be connected to Bluetooth devices. Vaccinated have an electromagnetic-based wireless nanosensor network that can be sequenced or activated by certain frequencies. Dr. Luis De Benito conducted an experiment that showed vaccinated do indeed carry MAC addresses.


Recently Celeste Solum has reported Graphene hydrogel is in everything: food, drinks, cosmetics, agriculture, aerosols/chemtrails, wound-healing, drug delivery. With covert intent to bioengineer and synbio human and other life concealed behind its superficial and publicly-announced use as beneficent in industry and medicine.

Is this the reason politicians so blindly obey the orders from above as they can also be eliminated at a push of a button. Where is humanity headed? Adhering to the guidelines is the only thing vaccinated will do in the coming future. They even have the ability to control our thoughts and emotions. Resistance will totally die if because people will be changed from within, conform or perish.

Ultimately they want us to worship Lucifer. And for that, they have to kill our rational thinking which is controlled by the Frontal Lobe. So future vaccines will eventually sever our connection with the frontal lobe. People will lose all connection to the divine and do whatever has been imposed upon them by the electromagnetic waves. If they are given orders to kill the unvaccinated they will do so without any hesitation.

Time is running short, Jesus is the only answer.

Gov. of Canada confirms Fully Vaccinated now account for 9 in every 10 Covid-19 Deaths