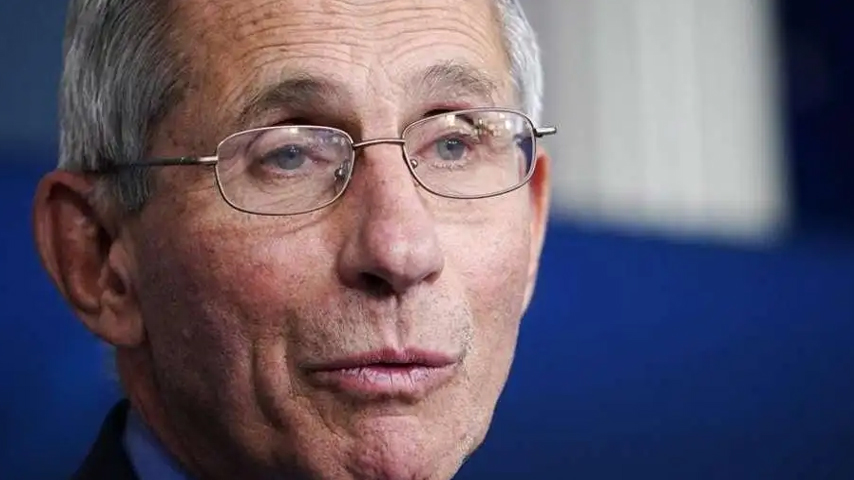 The powers-that-be are so desperate to get everyone jabbed eventually, they are doing everything in their power to prevent people from receiving drugs that reveal Covid is treatable.

In what may be the saddest state of affairs we’ve seen regarding medical tyranny in months, California is pushing forth a bill that would criminalize the prescription of Ivermectin and other drugs for use against Covid-19. They want people jabbed. They want them ventilated. They want them to take Remdesivir instead.

Of course, Anthony Fauci is at the center of this even if he’s not associated with California Assembly Bill 2098. And it’s not just his name behind the government’s push for jabs and Remdesivir use. Rumors are he’s been working behind the scenes with members of the California legislature to craft the wording properly.

This isn’t just a California problem, as I detailed in the latest episode of End Medical Tyranny. This will spread to other blue states. And if/when another pandemic pops up, whether it’s a new strain of Covid, the Monkeypox, or something we haven’t seen yet, they will get some red states to adopt the draconian, anti-science measure as well. Such is the state of affairs in America today.

Ethan Huff over at Natural News did a full write-up of the situation. As he puts it, “The system really does not want people using ivermectin, in other words, which suggests that it actually works – otherwise they would not be trying to punish physicians for helping their patients with it.”

California Legislators Are Trying to Criminalize Doctors Who Treat Covid Patients With Anything Other Than Remdesivir, Ventilators and Vaccines

Doctors in California who advise their Wuhan coronavirus (Covid-19) patients to take ivermectin, hydroxychloroquine (HCQ), or really anything outside of the “norm” could soon face prosecution under a new proposed law.

The California legislature recently introduced Assembly Bill 2098, also known as the “medical misinformation bill,” which would criminalize health practitioners who deviate from the state’s official position on “safe and effective” remedies for the Fauci Flu.

If a doctor tells a patient to take zinc and green tea instead of deadly remdesivir, for instance – Tony Fauci profits every time a patient is given remdesivir, by the way – then he or she could lose the ability to legally practice medicine in the Golden State.

Back in April 2020 near the start of the plandemic, the State of California Department of Consumer Affairs, the California State Board of Pharmacy and the Medical Board of California all issued a statement regarding the “improper prescribing of medications related to treatment of Novel Coronavirus.” One of the treatments mentioned was HCQ, the prescription of which was described as “inappropriate” and “unprofessional.”

On June 29, 2021, the Federation of State Medical Boards also issued a warning about how “Physicians who generate and spread COVID-19 vaccine misinformation or disinformation are risking disciplinary action by state medical boards, including the suspension or revocation of their medical license.”

A few months later, Fauci himself came out to claim that there is no evidence that ivermectin works against the Chinese Virus, even though Fauci said the exact opposite back in the early 2000s. It was then, long before covid appeared, that Fauci agreed that ivermectin is a powerful and effective remedy against coronaviruses.

Ivermectin Derangement Syndrome is a serious problem in the United States

In December 2021, the U.S. Food and Drug Administration (FDA) also chimed in, echoing the same statements made by Fauci and officials in California that people “should not use ivermectin to treat or prevent Covid-19.”

In an updated statement issued on April 29, 2022, the FDA’s Covid-19 Treatment Guidelines Panel added that it “recommends against the use of ivermectin for the treatment of Covid-19, except in clinical trials.”

The system really does not want people using ivermectin, in other words, which suggests that it actually works – otherwise they would not be trying to punish physicians for helping their patients with it.

“Should AB 2098 become law, doctors who prescribe medications not approved by the state or who claim unsanctioned drugs are effective would see their licenses revoked and face strict penalties and disciplinary actions by the Medical Board of California,” reports The Epoch Times.

“In short, AB 2098 would designate the dissemination of information not approved by the state related to the SARS-CoV-2 coronavirus, which causes ‘COVID-19,’ as misinformation or disinformation, which constitutes unprofessional conduct.”

One physician by the name of Dr. Syed Haider says that he has been reported to four state medical boards since the plandemic began. Pharmacists, he says, “don’t like filling ivermectin prescriptions,” and when they are asked to, some of them suffer meltdowns that can only be described as Ivermectin Derangement Syndrome (IDS).

Dr. Haider now has to retain a lawyer in order to protect his medical license from being stripped by IDS sufferers who do not want people healing with ivermectin or any other remedy that actually stops the Fauci Flu.

“‘Official state-sanctioned position’ is communism, plain and simple,” wrote someone at the Times about how any government holding this much power is a threat to freedom and liberty.

“Politics has no business in medicine,” wrote another, getting straight to the point.

Former Pfizer VP: ‘The gloves are off,’ UK govt to inject all 12-15-year-olds without parental consent