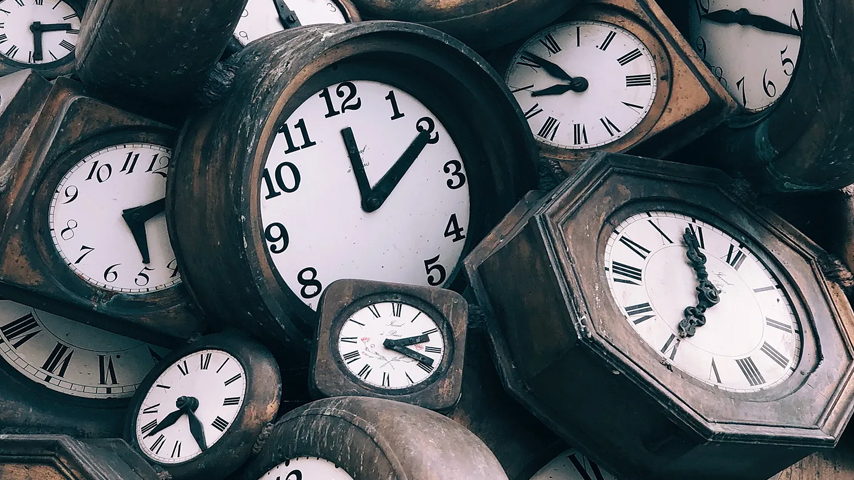 Have you ever wondered why you find the number 7 so often in the Bible? This number, in Scripture, is typically associated with completion. The Creation story reveals that God labored for six days and rested on the seventh day.

Jesus gave seven statements while dying on the cross for our sins. There are seven specific requests in the Lord’s Prayer. In the Psalms, David even says God’s Word is as flawless as gold “purified seven times” (Psalm 12:6). Jesus told His followers to forgive each other “seventy times seven” (Matthew 18:22).

I wrote recently about the Shemitah cycle and how the seventh year—or Sabbath year—has extra importance in the Hebrew calendar.

It’s clear that God considers seven the number of perfection. God counts time in sevens, as I wrote in this post a year ago. That’s one reason I believe God has a 7,000-year calendar for human history, with each of the seven millennia of human history serving as prophetic parallels to the seven days of Creation.

We are nearing midnight on Day Six of humanity, just “minutes” away from the thousand-year reign of the last days.

I hope you’ll click this link to read this post about that specific 7,000-year calendar. But in addition to that—and what I wrote in my book Tipping Point—I want to give you three other scenarios that help substantiate that case.

We are in the middle of the year A.D. 2022 in the Gregorian Calendar, which is the calendar used by the majority of the world. It replaced the Julian calendar in the 16th century and has since been adopted by most of the nations on earth.

You’ve heard of things taking place 1,000 years B.C. That designation means before Christ, or before the birth of our Savior. In contrast, the abbreviation A.D. stands for the Medieval Latin term anno domini, which is translated as “the year of the Lord.” The complete original phrase was anno domini nostril Jesu Christi—“in the year of our Lord Jesus Christ.”

This being the year 2022 makes it clear that time has stretched more than 2,000 years beyond the birth of Jesus.

With that in mind, look at the genealogies of the Gospels. In Luke 3:23-38, the genealogy extends from Jesus all the way back to Adam. From this account, we can count precisely the number of generations from Adam until Jesus. Because of this, most Old Testament scholars agree that the history of the Old Testament covers a period of approximately 4,000 years.

So that’s 4,000 years of the Old Testament. Then the birth of Jesus. And here we are, with more than 2,000 years having passed since Jesus’ earthly ministry until the present.

Jesus said the time of His coming would be like “the days of Noah.” This is in the middle of teaching about the last days in Luke 17:

“And as it was in the days of Noah, so it will be also in the days of the Son of Man: 27 They ate, they drank, they married wives, they were given in marriage, until the day that Noah entered the ark, and the flood came and destroyed them all.”—Luke 17:26-27

Jesus draws a direct parallel between Noah and the Second Coming. Noah lived to the age of 950 years, according to Genesis 9:29. Jesus said the world would be like the time of Noah when He returns.

God could have placed Noah on the ark at any point in Noah’s life. However, look what Genesis 7 says about the day the rains came:

And Noah did according to all that the Lord commanded him. 6 Noah was six hundred years old when the floodwaters were on the earth.—Genesis 7:5-6

A few verses later, we read this:

In the six hundredth year of Noah’s life, in the second month, the seventeenth day of the month, on that day all the fountains of the great deep were broken up, and the windows of heaven were opened. And the rain was on the earth forty days and forty nights.”—Genesis 7:11–12

Could Noah’s age at the Flood be symbolic for Jesus’ return to rescue His people in 6,000 years? Could it be true that human history will only last 6,000 years, followed by the thousand-year rule of Christ?

If so, we are very near—or even several years past—the milestone Year 6,000 of humanity.

You’ve heard of the Torah, or the first five books of the Old Testament. This is the most important set of scriptures for the Jewish people. The Talmud is another text in Judaism—the record of rabbinic teachings about the Torah from the 2nd to the 5th century. In essence, the Talmud reflects the attempts of ancient Jewish scholars to understand and apply the message of the Torah.

These classical Jewish sources indicate that the Messiah must appear 6,000 years after the world’s creation, and the seventh millennium will then represent the Messianic Age. According to this tradition, each day of the week corresponds to a thousand years of creation, which means the 7,000th year will be a time of rest and completion.

One rabbi wrote this:

“The world is decreed to last for six thousand years, as the days of the week; the seventh day of the week is Shabbat, so too in the seventh millennium, will there be tranquility in the world.”

If this sounds to you like an echo of the Shemitah cycle, you’re right. Unlike most of those in the Jewish faith, I believe the Messiah has already come—and He will return again very soon. But I definitely see the draw of a future time of “tranquility in the world.”

I believe the end of the end times is here and advancing rapidly. God’s 7,000-year calendar has been present since the very beginning, and that’s what many Jewish and Christian scholars have believed for centuries. When the apostle Peter wrote to the Church about the end times, he told them they could be certain that when the end came, people would mock teachings about it.

They will willfully reject the authority of the Word of God and ignore the warnings concerning the judgment that is coming on the world. Then he told them to remember one very important fact:

God isn’t stalling or delaying needlessly. In the present time, He is offering every living person an opportunity to repent and believe. Time is short, and God is looking for people who will live their lives for Him and be prepared when He returns.

The Time Before Jesus Returns For His Followers Is Running Out