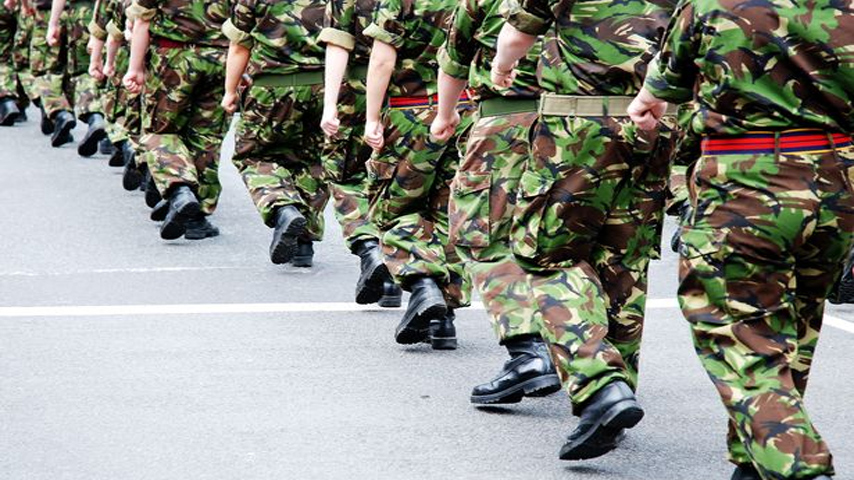 The Army’s top “other ranks” the soldier says troops must be ready to fight Russia – and should alert loved ones to a potential conflict.

Warrant Officer Paul Carney warned that the UK military was now “shaping itself to meet the threat from Russia and was ready to counter any aggression”.

The time had come to prepare “families and loved ones” for the possibility of being sent to the East.

He said the world had changed since Vladimir Putin’s invasion of Ukraine on February 23 – six months ago on Tuesday – and British troops “must be prepared for new realities”.

WO1 Carney – the Army’s highest-ranked Warrant Officer – wrote in Soldier magazine: “I want us all to check we are physically fit for operations. And it is also important we prepare loved ones and families, who often have the hardest role in our absence.

“My ask is that you have discussions about a potential deployment with them now. Find the numbers for the support networks and the relevant people who can help them, such as the unit welfare officer and padre.

“This is key as we could be out of contact for extended periods on tour. Making sure our loved ones have the support they need is vital for us too, as we’re not going to give 100% on tour if we are worried about home.”

General Sir Richard Dannatt, former head of the Army, said: “This is prudent advice from the Army’s top soldier. It does not mean the Army is about to deploy to Ukraine but it is the duty of any army in peacetime to prepare for war, in every aspect of life.

“That said, with a war in Europe, an aggressive Russia and worried countries on Russia’s borders, it is only sensible that British soldiers are realistic about what might happen.”

His reference to being out of contact refers to Russia intercepting and listening in to mobile phones. And his alert echoes a warning from General Sir Patrick Sanders, head of the Army, who said in June: “We are the generation that must prepare the Army to fight in Europe once again.”

The war has left 100,000 Ukrainian and Russian troops dead or wounded.

Britain has sent anti-tank weapons and rocket launchers to Ukraine and helped to train its forces, while Royal Marines are now inside the British embassy in Kyiv.

Globalists Celebrate Their Perfectly Executed Destruction of Sri Lanka. Is Your Country Next