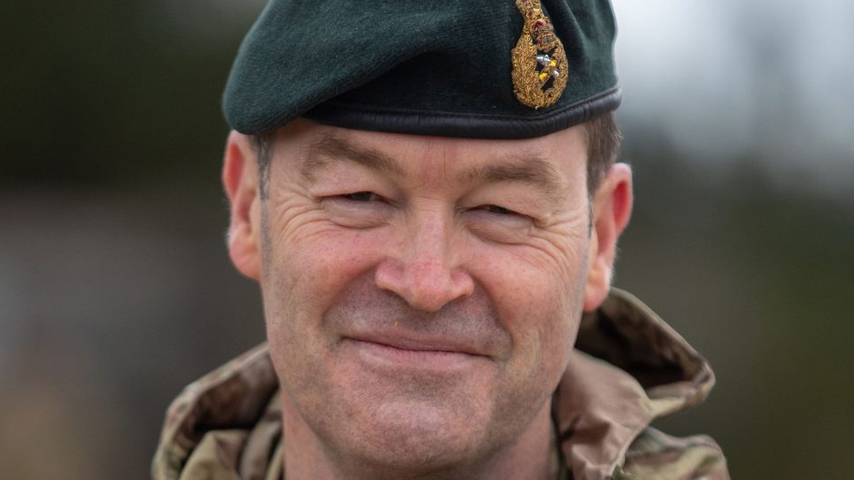 Russia and the UK haven’t engaged one another directly in battle since the Crimean War of 1853-1856. It was that conflict that became the subject of Lord Alfred Tennyson’s famous poem ‘The Charge of the Light Brigade’, the disastrous cavalry charge against Russian troops during the 1854 Battle of Balaklava which nearly wiped out British forces.

Britain must prepare to return to continental Europe to fight and win a conflict against Russia, General Sir Patrick Sanders (above), the new Chief of the General Staff of the British Army, has said.

“There is now a burning imperative to forge an army capable of fighting alongside our allies and defeating Russia in battle. We are the generation that must prepare the Army to fight in Europe once again,” Sanders wrote in a letter to the troops after taking over from his predecessor, Gen. Sir Mark Carleton-Smith earlier this week.

Sanders emphasized that he was the first British chief of the general staff “since 1941 to take command of the Army in the shadow of a land war in Europe involving a continental power,” carefully wording his comment to avoid mentioning NATO involvement in the 1990s Yugoslav Wars, including the 78-day-long bombing of Yugoslavia in 1999.

The general suggested that the crisis in Ukraine highlighted the Army’s “core purpose” of protecting Britain “by being ready to fight and win wars on land.”

Sir Patrick’s sentiments have been echoed by Prime Minister Boris Johnson, who wrote in an article for The Sunday Times that the UK and its allies must “steel” themselves for a “long” slog in Ukraine, and that the West needs “to enlist time on Ukraine’s side.”

Separately, in an interview with Bild, NATO chief Jens Stoltenberg similarly urged allies to “be prepared” for the Ukraine crisis “to last for years,” and stressed that the bloc “must not weaken in our support of Ukraine, even if the costs are high – not only in terms of military support but also because of rising energy and food prices” at home.

Sanders’ enlistment as Chief of the General Staff comes at a difficult time for Britain’s military, with the government announcing plans last year to whittle the regular Army down from 82,000 troops to 72,500 personnel by 2025 – its smallest size since 1714. The prime minister’s office assured us that large land forces aren’t necessary for conditions of modern warfare, where smaller units supported by technology and electronic warfare tools are expected to do the job. It remains to be tested whether such logic is applicable to hypothetical conflicts with a large power like Russia, or limited to the kinds of operations the UK has engaged in recent years, including the invasions of Afghanistan and Iraq, and the aerial bombardment of Libya in 2011.

Britain and Russia haven’t fought directly in a war since the 1850s and were allies in both the First and Second World Wars, as well as the conflict against Napoleon in the early 19th century.

Russian officials have accused the West of sending billions of dollars worth of military hardware to Ukraine to prolong the crisis as long as possible, and “fight Russia to the last Ukrainian” through the proxy conflict. The Russian military has warned that it will destroy Western arms deliveries and foreign mercenaries.

Video: Renowned Scientist Speaks Out! – COVID IS A SCAM! – DON’T GET THE JAB! – Do Viruses Exist?