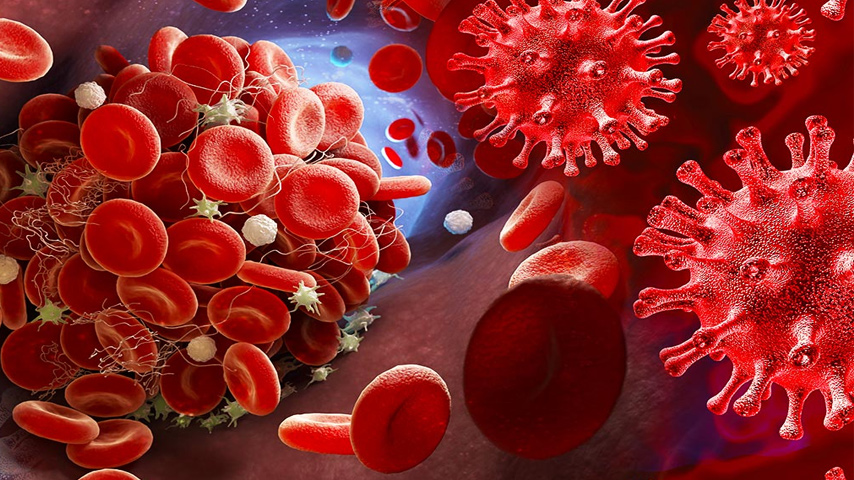 We have two important findings to share today about potential nutritional solutions against clotting and spike protein particles. First, a study published in 2021 has suddenly gone viral over the last two days as someone realized it showed how the combination of bromelain and acetylcysteine (both commonly known in the supplement industry) may inactivate the spike protein by altering its morphology, rendering it unable to attack cells in the body.

I’m not sure who first started publicizing this study, but I found it widely posted on Brighteon.social.

The study is titled, “The Combination of Bromelain and Acetylcysteine (BromAc) Synergistically Inactivates SARS-CoV-2.”

It was published in the journal Viruses and appears on Researchgate.net as well as other science article indexing hubs. The full text of the article is available to the public for free.

Authored by a group of researchers — with Ahmed Mekkawy the lead researcher — the study looked at how bromelain and acetylcysteine — also known as the supplement form NAC — alters the glycoproteins of the spike protein. The following chart shows changes in the opacity of SARS-CoC-2 cell cultures upon exposure to different concentrations of the BromAc nutrition combination: (note that the micrograms per mL means ppm, so these are fairly low concentrations yet still have a measurable impact): 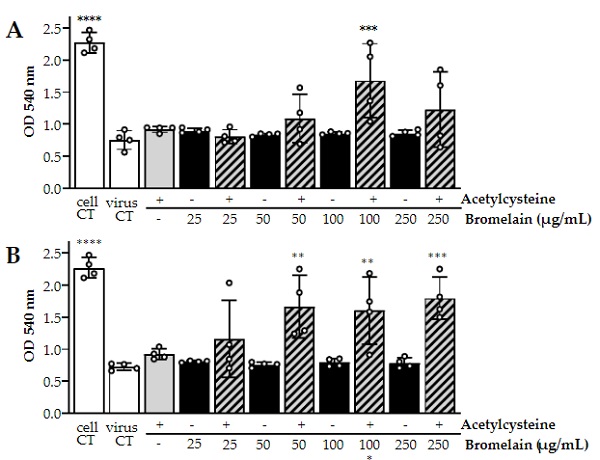 The conclusion of the study explains how this combination of Bromelain and Acetylcysteine alters the structure of the SARS-CoC-2 glycoproteins, rendering them unable to attack human cells: (emphasis added)

The combination of Bromelain and Acetylcysteine, BromAc, synergistically inhibited the infectivity of two SARS-CoV-2 strains cultured on Vero cells. Protein con?rmation and its molecular properties are dependent on its structural and geometric integrity, which are dependent on both the peptide linkages and disul?de bridges. Acetylcysteine, as a good reducing agent, tends to reduce the disul?de bridges and hence alter the molecular properties of most proteins. This property has been widely exploited in the development of several therapies (chronic obstructive pulmonary disease, allergic airways diseases,cystic ?brosis, pseudomyxoma peritonei, etc.) [20,23–27]. More recently, Acetylcysteine has been used in the development of therapies for respiratory infections such as in?uenza and COVID-19 [28–30], where the integrity of the spike protein is vital for infection [12,13]. A hypothesized mechanism of action could be the unfolding of the spike glycoprotein and the reduction of its disul?de bonds.

A direct mechanical action against this spike protein is a different treatment strategy in comparison to most of the existing antiviral drugs, which prevents viral entry in host cells rather than targeting the replication machinery. BromAc acts as a biochemical agent to destroy complex glycoproteins. Bromelain’s multipotent enzymatic competencies, dominated by the ability to disrupt glycosidic link-ages, usefully complement Acetylcysteine’s strong power to reduce disul?de bond.

The potential of BromAc on SARS-CoV-2 spike and envelope proteins stabilized by disul?de bonds was examined and found to induce the unfolding of recombinant spike and envelope proteins by reducing disul?de stabilizer bridges. BromAc also showed an inhibitory effect on wild-type and spike mutant SARS-CoV-2 by inactivation of its replication capacity in vitro. Hence, BromAc may be an effective therapeutic agent for early SARS-CoV-2infection, despite mutations, and even have potential as a prophylactic in people at high risk of infection.

Importantly, it should be noted that these tests were carried out in vitro, and there have not been any human clinical trials on this combination that I’m aware of, since the NIH would never fund anything other than Big Pharma drugs and vaccine research. Consider the information presented here as a theoretical route action that warrants further exploration.

Nevertheless, given that bromelain and acetylcysteine are widely consumed as nutritional supplements right now — and are readily available and affordable — these solutions warrant consideration as low-cost, low-risk interventions that may prove to help save lives.

Yesterday I joined Dr. Bryan Ardis on the Ba’al Busters show to talk about solutions. About 30 minutes into the show, Dr. Ardis unveiled a short presentation that shows how glycyrrhizin, an active constituent of licorice root, was found to strongly impede venom peptide-induced fibrinogen clotting (which can happen in blood).

You can watch that full interview at this link on Brighteon.com.

As I pointed out in the interview, glycyrrhizin is also known to protect the liver from Tylenol toxicity (acetaminophen). It is one of the most potent molecules in both western herbal medicine as well as Traditional Chinese Medicine.

I cover all this and much more in today’s Situation Update podcast:

– Dr. Bryan Ardis reveals nutritional solution against fibrinogen clotting
– Published scientific study reveals nutritional combo that UNFOLDS spike proteins
– WSJ admits CBDCs are coming, whether you’re ready or not – suddenly it’s no longer a conspiracy
– mRNA vaccine push into animal herds is another globalist effort to destroy the meat supply
– The truth about “PureBlood” bull semen and sustainability of animal herds
– Whistleblower reveals US government is running attacks on America’s food infrastructure
– Leftists believe COAL mining is bad, but MINERAL mining for “green” energy is good
– The green energy infrastructure needs 15+ minerals mined from all over the world
– New special report released with Steve Quayle and Mike Adams: “GRID DOWN – What Now?”
– College professor claims astrophysics is RACIST
– Scotland pushing globalist concept of “20 minute neighborhoods” where you are a prisoner
– 90% of online content to be generated by AI in just a few years
– Rise of AI systems underscores the importance of being a creative, conscious HUMAN
– Interview with Daisy Luther from The Organic Prepper about FRUGAL LIVING