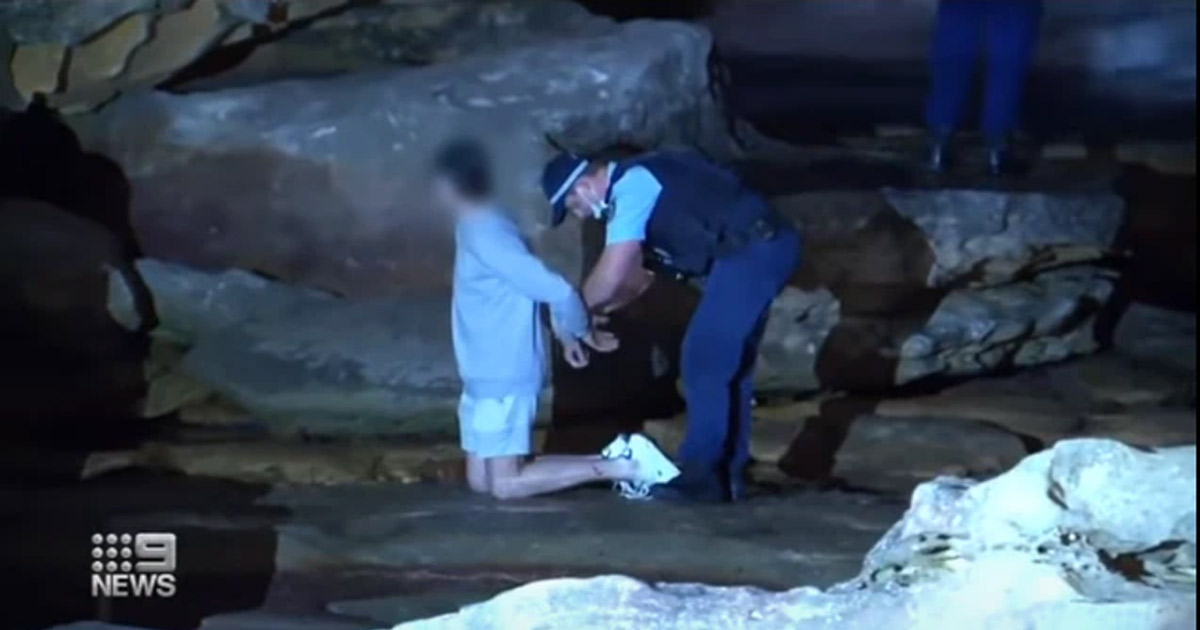 An Australian teenager being arrested for drinking with friends at a beach during Australia’s COVID-19 lockdown.

Recent news reports out of Australia indicate that the country has gone largely insane – with its government becoming a draconian surveillance state of the likes that has never before been seen.

A report out of Australia’s 9 news from a few days ago appears to be out of a dystopian fiction novel, with the news anchor and other guests using the media to publicly attack Australian citizens who are not complying with every government rule or mandate.


“It’s those doing the wrong thing driving our record case numbers,” began an anchor from Australia’s 9 News. “Among the most concerning cases, a COVID patient who’s tonight on the run from a hotspot. Police and health authorities have issued an urgent appeal.”

The anchor continued, exposing the citizen’s name for the entire world to see.

“Anthony Karam knows he’s COVID positive when he steps into this public lift, already breaking so many rules. He doesn’t bother to cover his mouth as he sneezes and splatters. The 27-year-old is still infectious but has gone missing from his Wentworth apartments.”

The segment then cut to Brad Hazzard, a prominent Australian health minister and politician.

“This 27-year-old chap who apparently has expressed the view that he doesn’t care less whether he spreads the virus is one example of the worst of the worst,” Hazzard angrily exclaimed in an effort to shame Karam.

Stories from the report continued in a similar fashion, with the reporter saying “there’s little sympathy for anyone ignoring health orders” just before listing numerous other examples of draconian mandates in action including the handcuffing of a group of teenage friends meeting up to drink at the beach, a prominent Australian soccer player for lying to the police about why he had driven beyond the government’s accepted distance of “essential travel,” and construction workers being sent home without a paycheck because they did not properly follow government COVID protocols. The teenagers reportedly received $1,000 fines for what was considered to be an ‘illegal gathering.’

Efforts by the Australian government to publicly humiliate and then arrest Karam for leaving his own apartment proved successful, with a breaking news report showing his arrest on camera.

Australia has lost its mind!

This is mental on every level.pic.twitter.com/tJdeIRefVI

News reports from the country claimed that fellow citizens cheered upon Karam’s arrest.