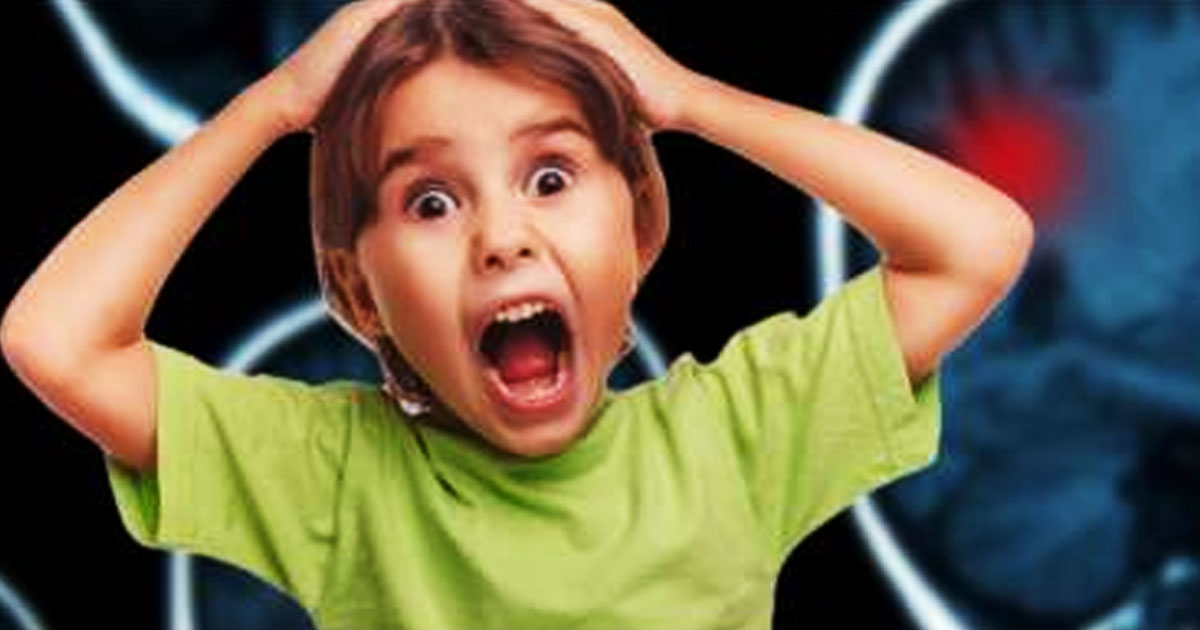 Ultra-creepy technology that George Orwell could not have imagined in his most terrifying nightmares is invading government-school classrooms — and children’s minds — all around the world. While many of the Big Brother innovations are coming out of Communist China, they are making their way into American schools quickly as well. Parents, beware.

In a video report by the Wall Street Journal on artificial intelligence in Communist Chinese schools, children in a communist indoctrination camp masquerading as a school are shown wearing bands around their heads. The devices feature colored lights on the front that indicate for the “teacher” whether the child is paying attention or distracted. Red is for “deeply focused.” Blue means “distracted.” White is offline.

The technology is supposedly aimed at helping the indoctrination facilitators (misleadingly described as “teachers” by the WSJ and the regime) and authorities determine whether the young victim is concentrating and absorbing the regime’s propaganda. Basically, the headbands use what are known as “electroencephalography” (EEG) sensors to monitor the brain activity and signals of the user. The data is then collected and shared with parents and government agents.

As this writer reported in February for The Epoch Times, a U.S. company called BrainCo developed a headband that purports to measure and collects data on students’ “brainwaves.” The company is funded in part by the mass-murdering regime in Beijing via its state-run “companies,” with the devices being deployed against thousands of Chinese children at schools.

However, despite criticism from all angles, the Orwellian technology is already in America, too. According to the U.K. Daily Mail, the Massachusetts-based company also deployed the devices at a high school in Boston. The scheme was supposed to offer “focus and relaxation neurofeedback training” so that the students could “enhance their learning efficiency and education outcomes.”

The privacy implications are huge. According to the CEO of the company, the plan is to build the “world’s largest database” using the brain-activity data compiled from students. That information will then be analyzed by “artificial intelligence” to help gain insights into detecting individuals’ emotional states. Chinese communists also boast that the data will feed their AI algorithms.

And that is just the start. Another technological nightmare being deployed in schools in both Communist China and the United States: facial recognition cameras and data-gathering robots. According to the Journal’s video report, the cameras spy on students and monitor their activities, while the robots in Chinese classrooms analyze student “health and engagement levels.”

In America, as The Newman Report documented in 2017, the federal government spent large amounts of tax money to create a robot named “EMAR.” Investigators figured out that children would be more likely to share their private mental health data with a robot than a human, and so, EMAR was born. The robots are basically gathering massive amounts of “mental-health” information on children — data that may follow them around for life.

Combined with other techno-tracking tools, it is clear that a monstrous machine is being created for humanity that will eliminate privacy, liberty, and even independent thought if this is not stopped. A big part of the reason for the technology is to ensure that the children are absorbing the “social” and “emotional” goals demanded by the government, including attitudes and values.

Consider, as just one example being used in America, the “facial expression camera” touted by the U.S. Department of Education in its report “Promoting Grit, Tenacity, and Perseverance: Critical Factors for Success in the 21st Century.” These devices track children’s responses to stimuli, then determine whether an “intervention” is needed. The data is also used to “make predictions” about children’s future behavior and beliefs, the department boasted.

School uniforms in Communist China, meanwhile, are now equipped with tracking devices and microchips to keep tabs on students’ locations throughout the day. In America, government schools across the country are putting RFID chips in mandatory student IDs even as biometric data such as retina scans and finger prints are increasingly being used for everything from school lunches to class access. Some world leaders are now calling for the technology to be implanted under children’s skin, supposedly to fight coronavirus.

It is now irrefutable: Government schools are becoming futuristic dystopian prisons aimed at indoctrinating, grooming, and tracking every child from birth while molding them into useful and compliant cogs in the globalist-technocratic machine. Parents must protect their young ones from this insanity by removing them as quickly as possible. The alternative will be disaster.