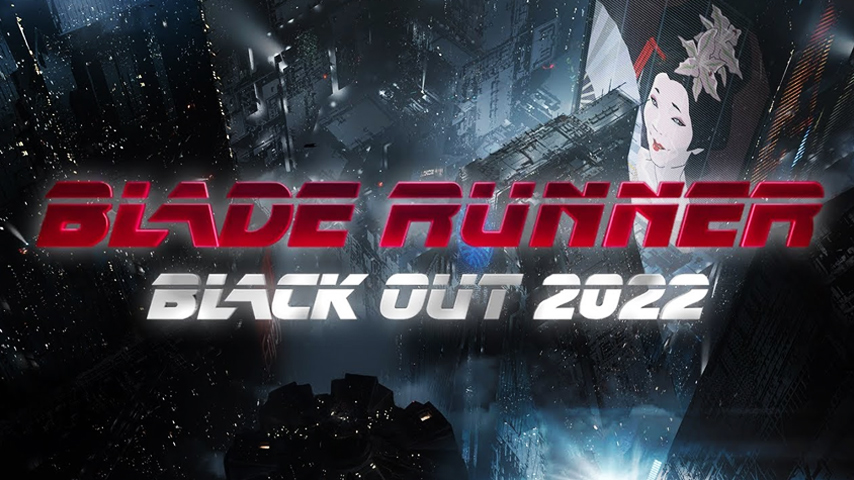 Released in 2017, the movie Blade Runner 2049 revolves around a prior pivotal event known as The Black Out which occurred in May 2022. Considering it’s now March of 2022, perhaps we need to take a closer look at the anime short film “Blade Runner Black Out 2022.

Three years after the original Blade Runner movie, the Tyrell Corporation has created a Nexus-8 replicant with a life span equaling a human, who now view the replicants as a threat to their species.

His predecessor, Ridley Scott, the original director of Blade Runner, and Prometheus in 2012 explored the theory of Panspermia and Black Goo. Could Disclosure and The Great Reset simultaneously launch the New World Order and final Technocratic Dictatorship?

Even the dialogue of Blade Runner Black Out 2022 reflects the desire of renowned transhumanists like Klaus Schwab, Ray Kurzweil and Elon Musk to become Human 2.0   As the replicant  Iggy responded to the question of whether a replicant would go to heaven after death he said  “No heaven or hell for us. This world is all we got.”  Reinforcing the goal of a sustainable population of 500 million, as etched in The Georgia Guidestones.

So what do these hexagons have to do with transhumanism?  Everything… Klaus Swab, founder of the World Economic Forum and chair of Cyber Polygon is a proud transhumanist, and famously quoted as saying  “What the Fourth Industrial Revolution will lead to is a fusion of our physical, our digital, and our biological identities”

Symbols rule the world. After the Tower of Babel, man’s single language was fractured into multiple languages. In order to communicate man began to use universal symbols to overcome the language barriers.

And it is the hexagon shape that is considered the most powerful symbol in the esoteric, occultic discipline known as sacred geometry.  For example, the hexagon is found in The Tree of Life in the Kabbalah and within the center of the Star of David, also known as the Seal of Solomon. The as above male and as below female energies intersect forming a six-pointed star at the extremities and hexagon within.

Here is the key….the hexagon is in the foundation of DNA.  And it is the creation of the chains that lead to the production of the double-helix macromolecule.

Did you know there’s a 20,000-mile wide hexagon vortex on the North Pole of Saturn?  Displaying a similar hexagonal shape, CERN is electrically bridging Saturn’s eight-sided North Pole by creating a plasma conduit. Empowered by the ether contained within the second heaven of the fourth dimension, Saturn’s twenty-thousand-mile-wide blue hexagonal portal will open, liberating the wicked spirits imprisoned within the Black Cube, which is located in the center of Saturn.

Cern is built with four collision vectors within its seventeen-mile circular underground tunnel is called Alice as in Alice In Wonderland. Alice is a code word for Lucifer; it is a detector capable of observing collisions of atomic nuclei in their primordial state so as to recreate and understand the Big Bang. In the fable, Alice returns to the whimsical world of Wonderland, traveling back in time to help the Mad Hatter, who is recognizable by his top hat. This is the same top hat worn by Freemasons.  Alice and the Freemasons also wear aprons to display their good works for the Light Bearer, Lucifer.

Kabbalah is an esoteric mystery religion using sacred geometry to explain the meaning of life.  It is a system of calculations and geometric shapes forming what is known as the tree of life or the Sephirot. Occultists believe Kabbalah opens the door to greater knowledge and consciousness. Kabbalah teaches that the leaves of the fig tree convey the power of sorcery and magic. The mystery religion teaches there are magical powers in fig leaves as represented by the aprons.

Previously the Babylonians, Egyptians, and some Mormon sects have paid allegiance to Lucifer by displaying their aprons. This brings us to the connection between the white rabbit, who uses his watch to destroy time in both Alice In Wonderland and Alice in CERN…

To live outside of time is to be a God. The purpose of the Large Hadron Collider is to go back in time and destroy it. Time is a flexible substance that legitimizes matter. Without time, death does not exist.

Prior to the fall, Adam and Eve were eternal trans-dimensional shifting beings, free from the confines of space and time. Each of the ten heavens has different times.  Lucifer is currently attempting to change the times and seasons on earth. The days are evil, collapsing out of Eden’s time. From the Luciferian’s point of view, time prevents eternal life and predestines judgment. Lucifer’s offense was the desire for power. The man was the desire for knowledge. Therefore, Luciferians believe the elimination of time will set them free from the tyranny of God.

The Ancient Astronaut Agenda theorizes intelligent extraterrestrial beings visited Earth and interacted with the man in prehistoric times. It’s believed their interaction with man influenced the development of modern technologies.  Further, these ancient astronauts were considered gods or deities possessing intelligence far beyond the human scope.

I believe this agenda will work in concert with Panspermia, a modern evolutionary theory that postulates life on the earth originated from microorganisms or chemical precursors of life present in outer space and able to initiate life on reaching a suitable environment.

Pope Francis has gone on record stating he would be willing to baptize aliens if they came to the Vatican, “Who are we to close doors to anyone, even Martians.”

So, we know the pope is willing to baptize entities who are not made in the image of God. When Jesus Christ came to earth, he did so as a hybrid God/man. A DNA construct, qualifying him to die for the sins of man. However, when the third of the angels and the additional 200 Watcher angels rebelled against God, judgment was set in stone and redemption wasn’t a future consideration.

Once the great Delusion is revealed, the interdimensional entities could ask the Pope if he would baptize them into the Babylonian Roman Catholic Church.  Keep in mind the dark spiritual roots of Catholicism. For example, The Vatican has a direct connection to Nimrod. Sitting atop the Egyptian obelisk in St. Peters’ Square, the Eastern Star of Ishtar is a spiritual portal harvesting dark energy. The obelisk is a symbol of the Sun God Ra, the phallus and male energy. In the shape of a sundial and keyhole, St. Peter’s Square symbolizes the destruction of time and the advent of the final Age of Aquarius.