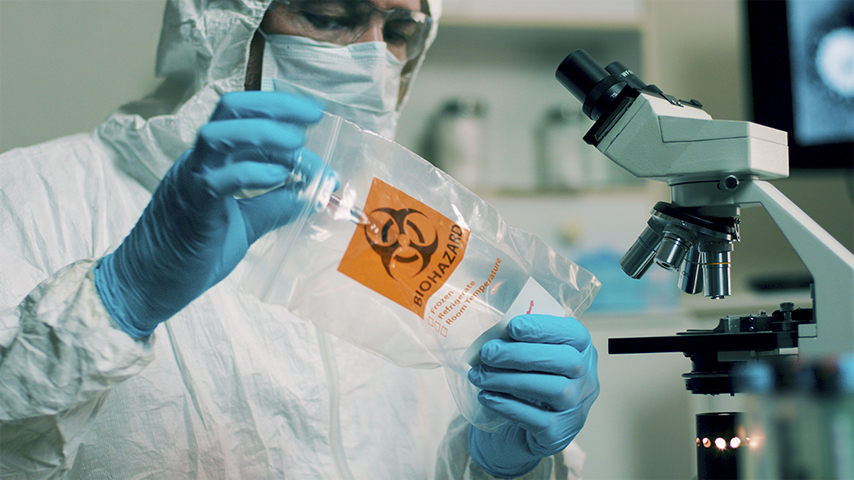 Has the Pentagon been spending untold millions of American taxpayer dollars to build race-specific bioweapons in Ukraine? The Ministry of Defense of the Russian Federation says it has proof to think so.

In a recent announcement, Igor Kirillov, head of the Nuclear, Biological, and Chemical Protection Troops of the Russian Armed Forces, revealed that the United States military-industrial complex has not only been conducting bat coronavirus-related “experiments” in Ukraine, according to uncovered evidence but has also been trying to develop bioweapons that selectively target certain ethnicities – and all under the guise of “research.”

“The available documents confirm numerous cases of the transfer of biological samples of Ukrainian citizens abroad,” Kirillov stated. “With a high degree of probability, we can say that one of the tasks of the United States and its allies in the creation of bioagents that can selectively affect various ethnic groups of the population.”

As we reported, the Pentagon has been operating Biolabs all over the world, including in Ukraine.

According to Kirillov, some 350 cryocontainers filled with blood serum samples were transferred from the Public Health Center of the Ministry of Health of Ukraine to a reference laboratory for infectious diseases at Australia’s Doherty Institute. This was done under the pretext of identifying antibody titers.

The Russian Defense Ministry obtained documents confirming that this high-risk biological research in Ukraine is, in fact, being led by the United States. Kirillov said the documents show that the U.S. Department of Defense funded this research.

In recent testimony before the Senate Foreign Relations Committee, Under Secretary of State Victoria Nuland admitted that these Biolabs exist, though she made sure to call them “research” facilities, never once mentioning the word bioweapons.

Kirillov said that Nuland did, however, “indirectly” confirm that the U.S. has, in fact, been participating in Ukrainian biological research when she stated that Washington, D.C., is “concerned” about Russia taking over these Biolabs.

“The biological research funded by the US in Ukraine, according to Kirillov, included the projects ‘UP-2, UP-9, UP-10, aimed at studying the pathogens of anthrax and African swine fever,’” reported InfoWars.

“The UP-4 project, in particular, is said to have been in development in laboratories in Kyiv, Kharkiv and Odessa, and was scheduled until 2020.”

Kirillov also said that the Pentagon has shown interest in insect vectors that are capable of spreading dangerous infectious diseases. More than 140 containers filled with ectoparasites from bats, including fleas and ticks, were captured and transferred from the biological laboratory in Kharkiv, he noted.

“According to the available information, the Americans have already managed to evacuate most of the documentation from the laboratories in Kyiv, Kharkiv and Odessa, including databases, biomaterials and equipment to the Lvov Research Institute of Epidemiology and Hygiene and to the American Consulate in Lvov,” Kirillov added.

“It is possible that part of the collection will be moved to Poland.”

Biolabs in Georgia, Kirillov added, are also working on projects involving bats as carriers of bioweapons. This is a stark similarity to what was happening at the Wuhan Institute of Virology (WIV) in China, which is believed to be where the Wuhan coronavirus (COVID-19) originated.

Russian Major General Igor Konashenkov expressed similar concerns about the Ukrainian Biolabs, warning that U.S.-funded projects there involve the use of bat coronaviruses that can be spread via wild birds that migrate between Russia, Ukraine and other countries.

White House Press Secretary Jen Psaki, meanwhile, denied all of this, claiming that it is “preposterous.”

“It’s the kind of disinformation operation we’ve seen repeatedly from the Russians over the years in Ukraine and in other countries, which have been debunked, and as an example of the types of false pretexts we have been warning the Russians would invent.”