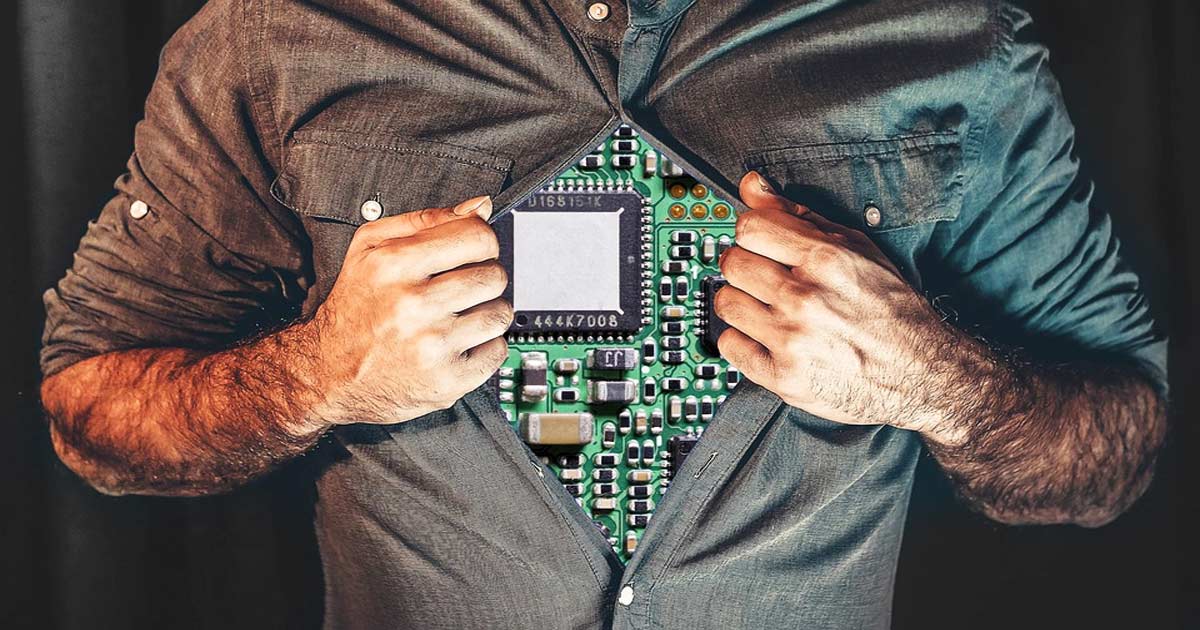 It sounds insane, it might not even be possible in real life, but the same globalists trying to force covid vaccines on the population and plotting their Great Reset are openly discussing what they call “Biodigital convergence,” which the Canadian government describes as “the interactive combination, sometimes to the point of merging, of digital and biological technologies and systems.”

It should be no surprise that the Canadian government is on board with this agenda as deputy PM Chrystia Freeland is on the World Economic Forum’s board of trustees ( Chrystia Freeland | World Economic Forum (weforum.org) ) while WEF vice president Peter Brabeck-Letmathe is the chairman of the Geneva Science and Diplomacy Anticipator (GESDA), an organization which plans and researches transhumanism among other things.

Just the fact that this is being discussed by governments and powerful people is cause for concern, as mRNA gene therapy and digital IDs are already becoming prerequisites for anyone who wishes to be part of this sick society. If these evil billionaires get their way, humanity as we know it will cease to exist and the remaining mutants will be devoid of both morality and free will.

We’ve all heard the WEF’s say that we will “own nothing and be happy”, but the plan here seems to be that our thoughts, emotions, and perception will be controlled: “Monitoring, altering and manipulating human thoughts and behaviors.”

“Influencing the body and the brain through quantum effects”

“Machine learning algorithms to detect and decode mental states and stimulate the brain accordingly without requiring the intervention of a clinician… to treat psychiatric conditions such as depression.

“Increased understanding of foundations of human behavior and options for intervening in the human brain will change the very concept of morality by changing the way human beings are conceived. This generates repercussions on issues such as freedom, autonomy, or responsibility “inception of false memories may help to treat self-harming behaviors” Those who submit themselves to this scheme will lose all sense of self, right and wrong, emotion, and even the ability to discern reality from fiction.

Genetic modification technology will advance far beyond current capabilities and become widespread – among humans and other species: “Altering the human genome – our core biological attributes and characteristics”

“Gene-therapy to slow down the effects of aging”

And if the gain-of-function research which produced covid-19 wasn’t enough: “Advances in synthetic viruses”. Perhaps that is one way they will accomplish their goal of “Changing and eradicating entire species”. Do you think they wouldn’t do that to humans? The globalist elite wants absolute power, not only over people’s thoughts and behaviors but over the essence of life itself.

These technologies will potentially be used to regulate genetic modifications via remote control – “Brain-machine interfaces to translate the electronic signal to genetic changes”. The “internet of things” is to include humans, and it won’t be about making our lives easier and more convenient. It will be a tool for total control.

GESDA anticipates that in few years “We can engineer new sensory capacities for humans; genome- editing increases resistance to radiation and becomes key to future space travel; human germline editing is mainstream; the first cyborgs, half-machine half biological entities, hit the scene” We had better hope that they are wrong because this is like a science fiction movie brought to life. We already live in a dystopia resembling Orwell’s 1984, if we can’t organize ourselves to resist this agenda then things will only get worse.