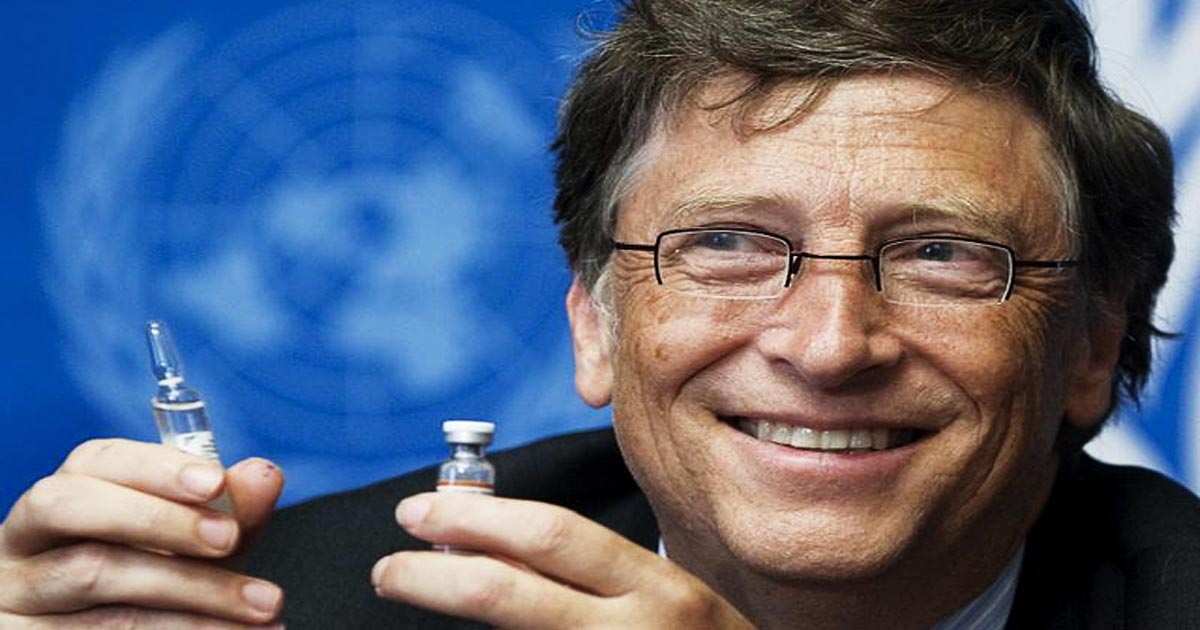 Microsoft co-founder and outspoken eugenicist Bill Gates has a plan to tackle the Wuhan coronavirus (COVID-19) pandemic. But it doesn’t involve actually supporting the human immune system through proper nutrition.

Instead, Gates wants to jab everyone with a future vaccine, as well as indefinitely force people to social distance from one another and remain in isolation for their own alleged protection.

During a recent interview with “CBS This Morning” co-host Anthony Mason, Gates divulged how he believes that the federal government needs to “set the priorities” on testing so that “we can all go back to some level of normalcy.”

According to Gates, the executive branch along with so-called “experts” in public health need to be putting extreme pressure on the governors of all 50 states to implement medical martial law, in violation of the Constitution, because this is the only way to tackle the crisis.

Failing at any point to mention the benefits of things like zinc, vitamin D and vitamin C for natural immune support, as well as any of the treatment methods successfully employed in South Korea, Gates instead spoke of harsh government restrictions, chemical vaccines and even novel Mark of the Beast microchips as the “solutions” to the pandemic situation.

Gates says he’s concerned about all of the people out there who are “worried” about catching the Wuhan coronavirus (COVID-19), but who can’t get tested because there isn’t enough capacity. What he’d like to see is expanded testing capacity in order to support his foundation’s efforts to develop “new vaccine platforms.”

“I think this time people understand that this is a trillions-of-dollars event,” Gates stated about the impact of the virus on the world economy. “It’s going to be hundreds of thousands of lives on a global basis.”

“I think now people understand why those alarms were raised and that, for the next one, we will be far more ready than we were for this one,” he added.

When asked if he’s been in touch with President Trump about any of this, Gates claimed that he hasn’t been. Instead, his foundation is “trying to be as helpful in a very constructive way as possible,” he says, which to him means partnering with Big Pharma, the United States Centers for Disease Control and Prevention (CDC) and the National Institutes of Health (NIH) in order to “work together on the vaccine and the drugs.”

Even more chilling was the response that Gates gave to the question about when things might return back to normal, or at least something that resembles normal. While schools may open sooner rather than later, he says, other “optional” activities such as “mass gatherings” could be gone for good – unless people agree to get vaccinated, of course.

“And so until you’re widely vaccinated, those may not come back at all,” Gates stated openly about the mandatory vaccination agenda that’s conveniently attached to the Wuhan coronavirus (COVID-19) crisis.

In other words, you more than likely won’t be allowed to participate in the New World Order post-Wuhan coronavirus (COVID-19) unless you agree to be vaccinated with whatever chemical jab that Gates and whomever else is scheming this all up behind the scenes dictate is “necessary” for a “safe” and “healthy” future world.

Meanwhile, Gates is already preparing for “the next pandemic,” which will surely come with its own litany of new draconian measures. After all, he “think[s] about pandemics a lot.”

Watch this Explosive Videocast by David Icke ” Is there a Virus”

Dr. Kaufman Is Censored And Lost His Job But He Is Willing To Go To Jail To Resist: ‘They Want To Genetically Modify Us With COVID-19 Vaccine’