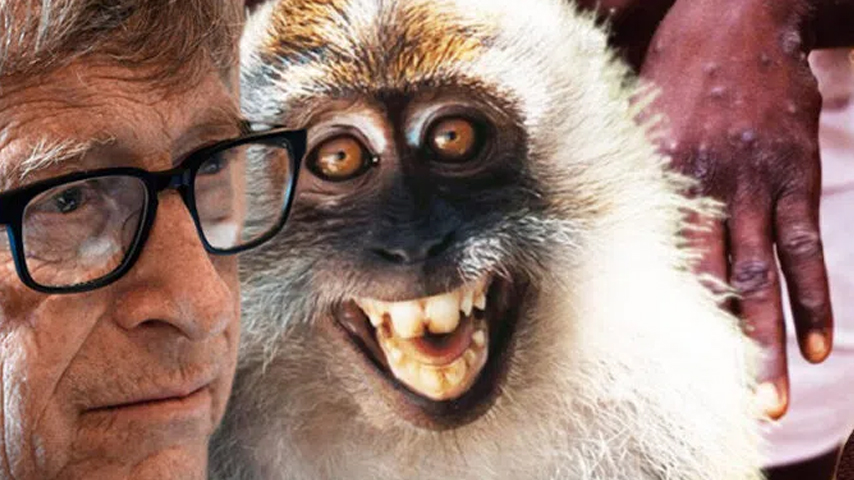 Bill Gates collaborated with the World Health Organization in 2021 to run a wargame exercise that simulated a global monkeypox pandemic that killed hundreds of millions of people.

A group called the Nuclear Threat Initiative (NTI) partnered with the Munich Security Conference in March 2021 to engage in a monkeypox biowarfare exercise.

The World Health Organization, Bill and Melinda Gates Foundation, both the Chinese and American CDCs, and other major organizations took part in the event.

Infowars.com reports: NTI is a nonprofit co-founded by Ted Turner and the Munich Security Conference is an annual meeting on international security policy held in Munich, Bavaria, Germany since 1963.

In a creepy video produced for the exercise, a news report describes a monkeypox virus engineered by biological terrorists to resist vaccines.

The video pushes the narrative that nations taking “early and decisive action” were able to minimize the harm done by the virus.

The World Health Organization (WHO) is also referred to as the group in charge of the response to the virus in the exercise.

NEW – In March 2021, NTI partnered with the Munich Security Conference to conduct a tabletop exercise simulating a global pandemic involving an unusual strain of #monkeypox caused by a terrorist attack using a pathogen engineered in a laboratory.https://t.co/Yj4C8GUJuW pic.twitter.com/Z7KRvTgSfB

Now, just one year later, the WHO is looking to take control over public health measures in several countries and the globalist group has called for an emergency meeting over a real monkeypox outbreak.

The first case of monkeypox during the fake pandemic exercise was found on May 15, 2022.

In reality, the WHO confirmed its first cases of actual monkeypox on May 13 and 15 of 2022.

Since it was first discovered in 1958, there has never been a monkeypox outbreak outside of Africa until the exact week the simulation predicted.

A document shows representatives for the Bill and Melinda Gates Foundation, the US National Security Council, Johnson & Johnson, the Chinese CDC, the African CDC, the WHO and other groups were among those involved in the staged scenario.

The pandemic exercise is similar to other scenarios where the global elite gathers to prepare for a hypothetical situation that somehow ends up becoming a reality.

As Harrison Smith explained while covering the 2021 monkeypox exercise on Friday’s edition of ‘The American Journal,’ “This is like Event 201, or like the Lockstep document scenario planning. Essentially, they play out real-world events and how they can coordinate responses.”

According to Maria Cheng of the Associated Press, African doctors are “baffled by monkeypox cases in Europe and the U.S.” as it is spreading in the West differently than it does in Africa.

One hypothesis is that the disease is being transmitted sexually, with the UK Health Security Agency reporting on Friday that “most recent infections in the U.K. and Europe have been in young men with no history of travel to Africa who were gay, bisexual or had sex with men.”

In November of 2021, NTI held an hour-long roundtable further discussing the simulation exercise.

Read more about their findings by CLICKING HERE.