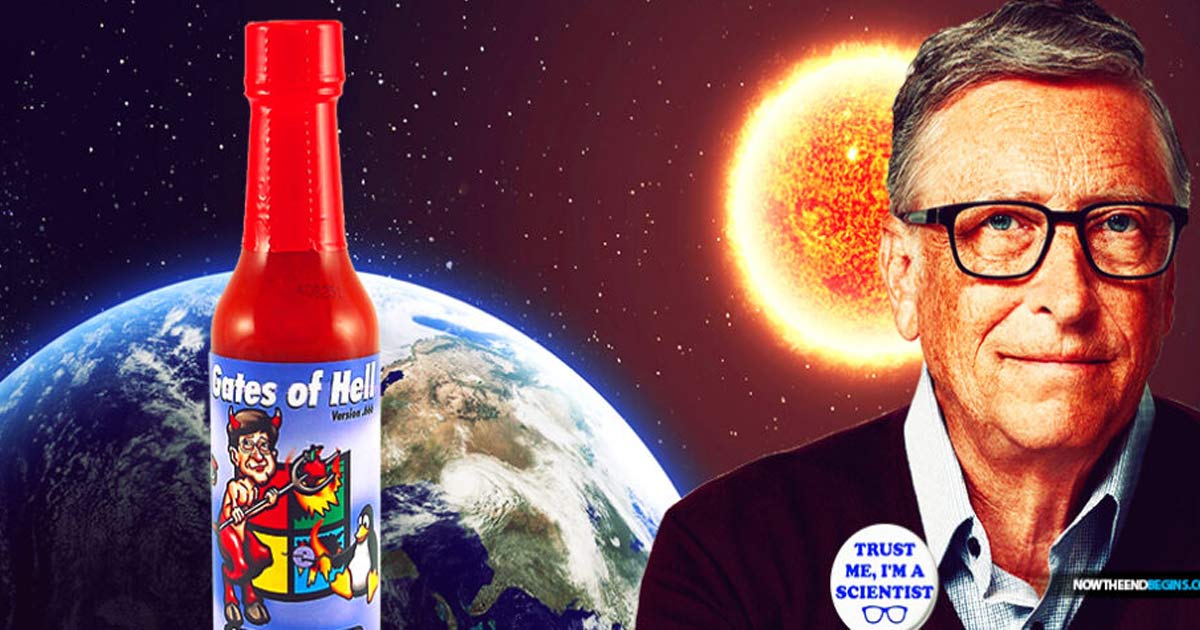 I know this article makes you feel like you’re visiting The Babylon Bee, but sadly it is all too real. Remember that program The Outer Limits? “There is nothing wrong with your television set. Do not attempt to adjust the picture. We are controlling transmission. If we wish to make it louder, we will bring up the volume.” Yep, that’s where we are on the end times timeline. Things down here on Planet Earth grow stranger by the hour, so buckle up.

“Behold ye among the heathen, and regard, and wonder marvelously: for I will work a work in your days, which ye will not believe, though it be told you.” Habakkuk 1:5 (KJB)

YES, OUR GLOBAL CLIMATE IS CHANGING RAPIDLY, AND NO, THERE IS NOTHING YOU CAN DO ABOUT IT AND THERE IS NO POWER ON EARTH THAT CAN STOP IT

The idea has been heavily criticized since its inception, with project director Frank Keutsch even calling the need for this scale of geoengineering ‘terrifying’.

FROM THE DAILY MAIL UK: The first test of a project backed to spray millions of tons of chalk into the stratosphere, in an attempt to ‘dim the sun’ and cool the Earth, could happen in June. Harvard University experts will test the system by sending a large balloon 12 miles above the Swedish town of Kiruna and have it drop 2kg of chalk dust into the stratosphere.

The aim of the estimated $3 million mission, backed by billionaire Bill Gates, is to have the chalk deflect a portion of the sun’s radiation, stop it from hitting the surface, and cool the planet. The idea has been heavily criticized since its inception, with project director Frank Keutsch even calling the need for this scale of geoengineering ‘terrifying’. 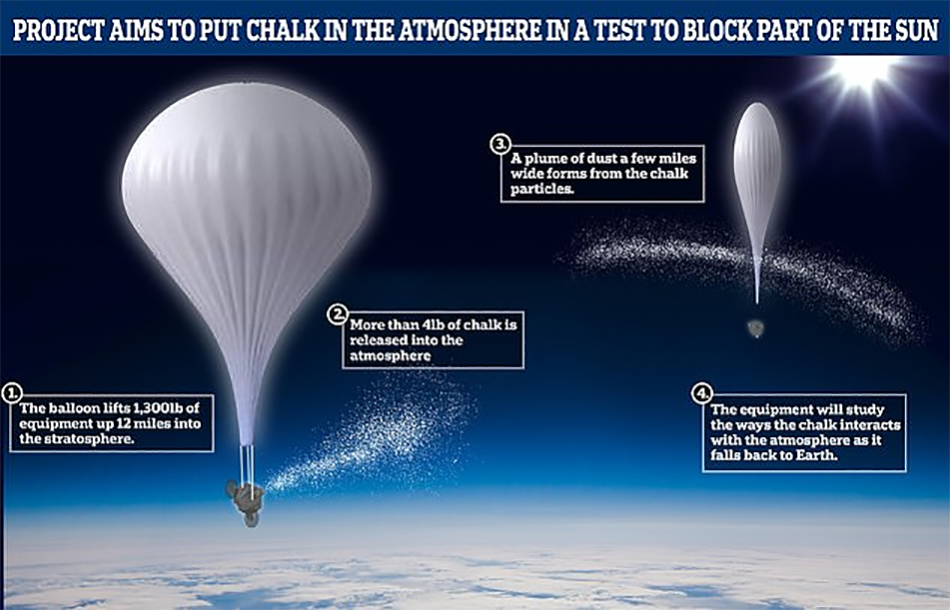 The aim of the mission, backed by billionaire Bill Gates, is to have the chalk deflect a portion of the sun’s radiation, stop it from hitting the surface, and cool the planet

And experts have warned that the unusual technique could be disastrous for weather systems in ways nobody can predict. Backed by a range of private donors including Gates, the test mission is launching from Sweden as they could offer a launch by the end of this summer.

The test balloon will lift 600kg of scientific equipment 12 miles above the surface of the Arctic town and if it all goes well, about 2kg of dust will be released.  This will then create a dust plume several kilometers in length – not large enough to have any effect on the intensity of the sun’s rays hitting the Earth.

During that first test, the team would gather information on how particles of dust react with the air. This could then be fed into computer models to determine what would happen if it were ever carried out at scale.  Keutsch told the Times he wants to determine the true effects, as current models ‘may be too optimistic’ and make the technique look attractive.  It would take tons of dust and plumes many hundreds of kilometers to make a difference – the theory being that the dust would create a massive sunshade. READ MORE

Carbon dioxide levels have nothing to do with global temperatures, top scientist says