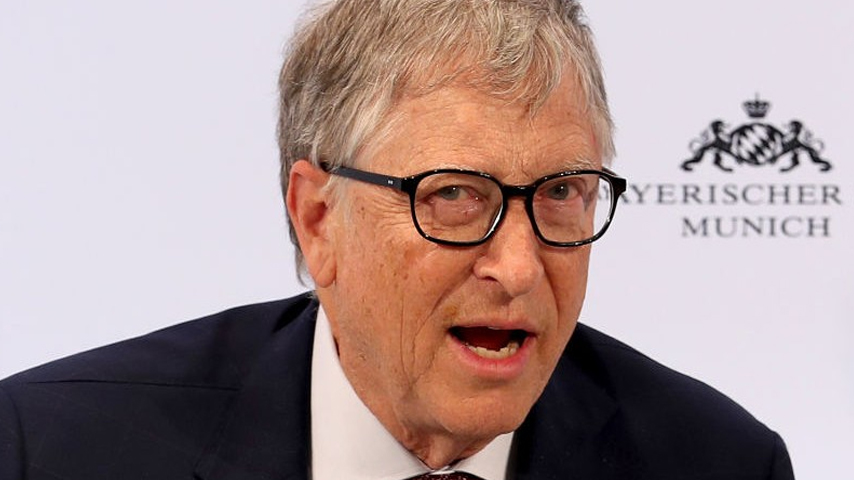 Billionaire Bill Gates says there’s a 50 per cent chance the next pandemic will be caused by man-made climate change or be deliberately released by a bio-terrorist.

The Microsoft founder made the comments during an interview with Spanish news outlet El Diario.

Asserting that the next major pandemic is likely to occur within 20 years, Gates said, “It could be a virus made by man, by a bioterrorist who designed it and intentionally circulated it. That is a very scary scenario because they could try to spread it in different places at once.”

“Or it could be something that makes the leap from the natural world. The human population is growing and we are invading more and more ecosystems. That is why I calculate that there is a 50% chance that we will have a pandemic of natural origin in the next 20 years, as a consequence of climate change,” he added.

The prediction that climate change will cause a virus which will then require another global vaccine rollout is somewhat convenient for Gates given that he is heavily invested in both areas.

Gates reiterated the call made in his recent book to pump billions of dollars into researching future pathogens by creating a 3,000-strong team of specialists under the control of the World Health Organization, which would require a 25% budgetary increase.

Commenting on the recent outbreak of monkeypox, Gates said “there is very little chance” it will have an impact on anything like coronavirus, although he cautioned that it could mutate into something significantly nastier.

Gates infamously warned of a coming super-virus five years before the emergence of COVID-19 during a 2015 TED talk.

As we highlighted earlier this month, Gates warned that COVID was not over and that there is likely to be an “even more fatal” variant of the virus coming.

During an event at the Munich Security Conference back in February, Gates said that “sadly” Omicron is a “type of vaccine” and has “done a better job getting out to the world population than we have with vaccines” by providing natural immunity.

BOMBSHELL: There is NO scientific evidence that covid-19 vaccines have saved a single life