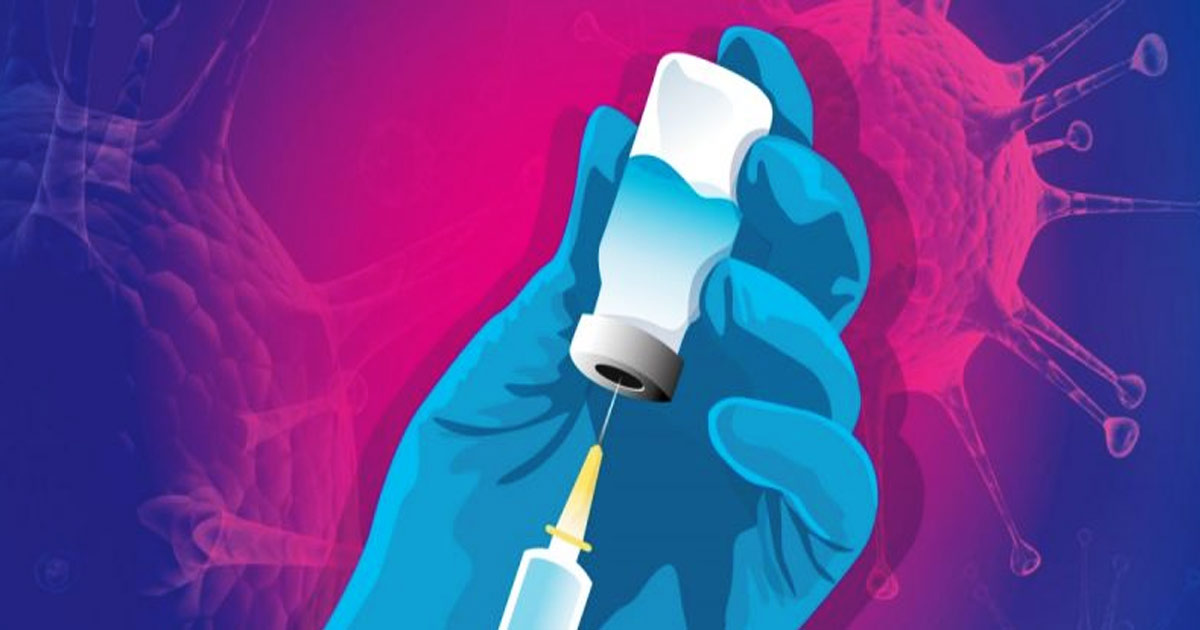 “Currently, there are no RNA vaccines approved for human use.”  ~ Wikipedia

Rather than instruct people on how to improve their overall health or boost their immunity with healthy foods, quality supplements, and physical activity, the powers-that-be are telling the world that the only way to survive the Coronavirus crisis is to rush the development of a vaccine and then inject every human being on the planet.

The U.S. government along with major cities like Chicago are already moving forward with plans to use government resources and the military to distribute hundreds of millions of doses of vaccines to Americans by the end of the year.

At the forefront of this conversation is Bill Gates, who has emerged somehow as the world’s leading expert on pandemics and vaccines. Through his foundation he supports the WHO and the development of new vaccines, and is currently backing a number of pharmaceutical companies as they race to invent the product that will save the world from Covid-19.

Typically, the process of developing, testing and mass producing vaccines takes years, but thanks to newly emerging, experimental technology, Gates hopes to be able to vaccine “7 billion healthy people” in record time.

A new generation of vaccines is emerging as we speak. At present there are no DNA and RNA vaccines approved for human use, but as Gates says in the following post from his personal blog, the time for trying these out on everyone has come.

In the following comment he explains the difference between traditional vaccines and DNA/RNA vaccines, which, again, have never been approved for human use:

“Vaccines circumvent this whole process by teaching your body how to defeat a pathogen without ever getting sick. The two most common types — and the ones you’re probably most familiar with — are inactivated and live vaccines. Inactivated vaccines contain pathogens that have been killed. Live vaccines, on the other hand, are made of living pathogens that have been weakened (or “attenuated”). They’re highly effective but more prone to side effects than their inactivated counterparts.

Inactivated and live vaccines are what we consider “traditional” approaches. There are a number of COVID-19 vaccine candidates of both types, and for good reason: they’re well-established. We know how to test and manufacture them.

The downside is that they’re time-consuming to make. There’s a ton of material in each dose of a vaccine. Most of that material is biological, which means you have to grow it. That takes time, unfortunately.

That’s why I’m particularly excited by two new approaches that some of the candidates are taking: RNA and DNA vaccines. If one of these new approaches pans out, we’ll likely be able to get vaccines out to the whole world much faster. (For the sake of simplicity, I’m only going to explain RNA vaccines. DNA vaccines are similar, just with a different type of genetic material and method of administration.)

Our foundation—both through our own funding and through CEPI—has been supporting the development of an RNA vaccine platform for nearly a decade. We were planning to use it to make vaccines for diseases that affect the poor like malaria, but now it’s looking like one of the most promising options for COVID. The first candidate to start human trials was an RNA vaccine created by a company called Moderna.

Here’s how an RNA vaccine works: rather than injecting a pathogen’s antigen into your body, you instead give the body the genetic code needed to produce that antigen itself. When the antigens appear on the outside of your cells, your immune system attacks them — and learns how to defeat future intruders in the process. You essentially turn your body into its own vaccine manufacturing unit.

Here’s how an RNA vaccine works: rather than injecting a pathogen’s antigen into your body, you instead give the body the genetic code needed to produce that antigen itself. When the antigens appear on the outside of your cells, your immune system attacks them — and learns how to defeat future intruders in the process. You essentially turn your body into its own vaccine manufacturing unit.

Because RNA vaccines let your body do most of the work, they don’t require much material. That makes them much faster to manufacture. There’s a catch, though: we don’t know for sure yet if RNA is a viable platform for vaccines. Since COVID would be the first RNA vaccine out of the gate, we have to prove both that the platform itself works and that it creates immunity. It’s a bit like building your computer system and your first piece of software at the same time.” ~ Bill Gates

So, the rushed Covid-19 vaccine will not be a traditional vaccine. It will not be tested in any significant or standard capacity given the present state of emergency. It will be administered by the military, and it everyone on the planet will have to take it.

“Two new technologies are in the COVID testing pipeline as we speak: DNA and RNA vaccines. They have never been released for public use. DNA technology is actually gene therapy. Genes are injected into the body, and they permanently alter the genetic makeup of the recipient in unknown ways. RNA vaccines would carry the danger of triggering autoimmune reactions, meaning the body basically goes to war against itself.

The vaccine that is being tapped by the US government… under its National Institutes of Health…through drug company Moderna…HAS NEVER BEEN USED ON THE PUBLIC BEFORE. IT IS NOT LICENSED FOR PUBLIC USE.

RNA VACCINES AND THE TECHNOLOGY THEY USE ARE ENTIRELY EXPERIMENTAL. AND THIS IS THE TYPE OF VACCINE BEING RUSHED INTO EXISTENCE IN 90 DAYS.

What in the world could possibly go wrong?

One way to find out is to unleash it on millions of people, stand back, and see.”  ~ Jon Rappoport

Who the hell is Bill Gates, anyway? I don’t remember voting for him, do you?

Are ready for your family and your children to be used as guinea pigs in the largest global health experiment ever conducted?

VAERS: Number Of Deaths Reported After COVID Vaccines Jumps By More Than 2,000 In 1 Week