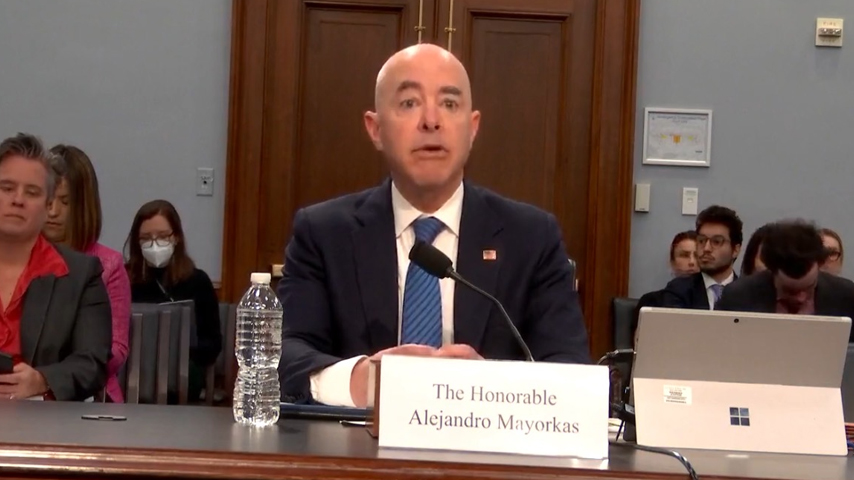 Following Elon Musk’s purchase of Twitter last week, which was a triumphant victory in the ongoing war over free speech, the Biden Regime announced the creation of a “Disinformation Governance Board” that will be tasked with silencing anything deemed to be misinformation that’s related to homeland security. And, yes. It’s just as dystopian and creepy as it sounds.

The new board will operate under the authority of the Department of Homeland security with a special focus on Russia and “irregular migration,” according to the Post Millennial.

Did you just think they would let you have free speech back?

As we have seen over the past 6-plus years now, the term ‘Russian misinformation’ is frequently used as a wide catch-all that includes most of what goes against the liberal establishment, so the fact that they are specifically targeting this kind of “misinformation” is that much more concerning.

News of the board was first announced by DHS Secretary Alejandro Mayorkas while speaking at a House Appropriations DHS Subcommittee hearing on Wednesday:

“Our Undersecretary for Policy, Rob Silvers is co-chair with our Principal Deputy General Counsel, Jennifer Gaskell, in leading a just recently constituted misinformation disinformation governance board. So we’re bringing — the goal is to bring the resources of the department together to address this threat.”

The disinformation board will be led by executive director Nina Jankowicz, who, as Posobic reveals in a series of tweets, is an anti-free speech crusader and committed member of the radical left. She has even made her stance clear about crucial issues like the censorship of the Hunter Biden laptop and the stolen, rigged 2020 election. Unsurprisingly, Jankowicz has publicly slandered 2020 election concerns as damaging lies, backed the proven-false claim that the laptop from hell was Russian misinformation, and openly admitted to being just as concerned about “domestic misinformation” as she is about “foreign misinformation.”

In other words, the worst (or best) person for the job, depending on which side you are on.

This is the new head of Biden's Homeland Security Disinformation Governance Board pic.twitter.com/BqGhIaBdKR

Another massive red flag uncovered by Posobic’s digging – Jankowicz, while working as a member of the Fulbright-Clinton fellowship, was an advisor to the Ukraine Government on “strategic communications” – Aka. Propaganda.

Jankowicz also oversaw Russia and Belarus programs at the National Democratic Institute, per the Post Millennial.

Clinton Ukraine, Biden, strategic communications… Jankowicz’s ties to the DC Swamp run deep. Putting her in charge of this board, let alone its existence is a nightmare in and of itself.

Jankowicz is a former advisor to the Ukrainian government, under a Fulbright-Clinton Fellowship pic.twitter.com/rgBWklyERb

As for Jankowitz, she took to Twitter to celebrate the dystopian censorship board’s public announcement. Apparently, she has been hard at work behind the scenes for months working on their plans.

Cat's out of the bag: here's what I've been up to the past two months, and why I've been a bit quiet on here.

Honored to be serving in the Biden Administration @DHSgov and helping shape our counter-disinformation efforts. https://t.co/uN20vl7qqV pic.twitter.com/JEn4FqLdck