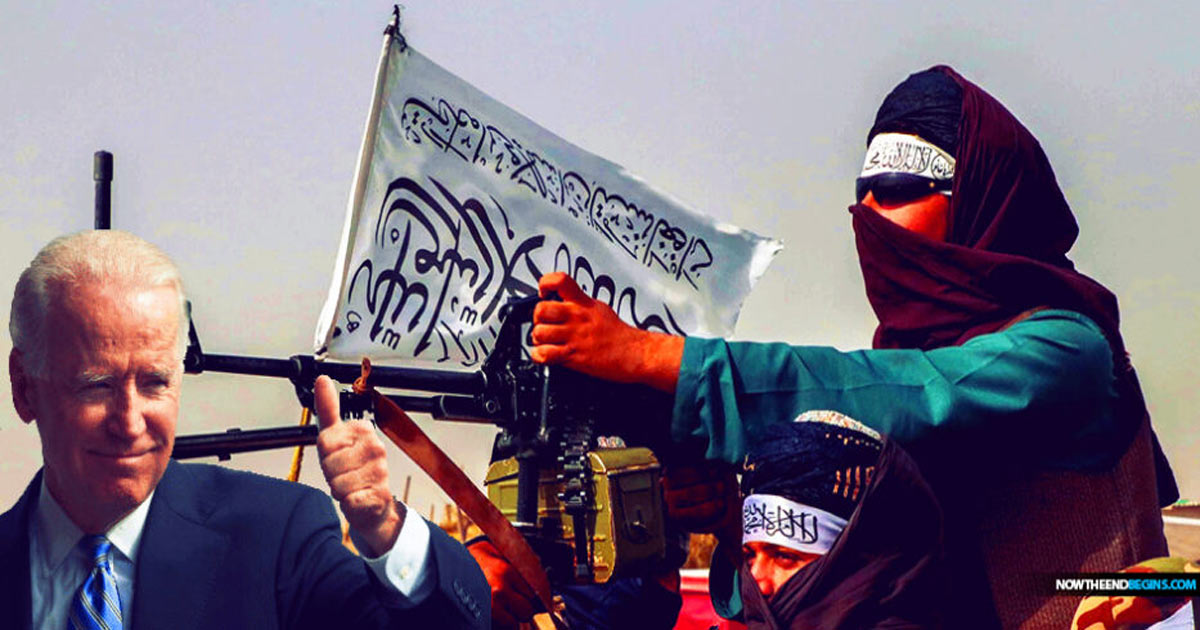 National security adviser Jake Sullivan admitted Tuesday that the Taliban gained significant troves of military hardware and weaponry that they took from Afghan security forces — and the Biden administration is still trying to determine the amount of American military equipment that is now in the hands of the extremist insurgents.

And just like that, the rag-tag, cave-dwelling Taliban army has just become the most well-equipped Islamic terror group that exists anywhere in the Middle East that’s not Iran. The gift that Joe Biden gave them by just pulling out with no plan of any kind in place to prevent something like this, is the gift that just keeps on giving. Can you just imagine the type of damage the Taliban is now capable of inflicting? Or the thousands of women and young ladies in Afghanistan now that will become slaves of the Taliban?

“When the righteous are in authority, the people rejoice: but when the wicked beareth rule, the people mourn.” Proverbs 29:2 (KJB)

As bad as all this seems right now, it is not a fraction of how bad it will be once these events have time to gel, and the Taliban put their new regime in place. I can safely predict that after they stock their new army with hundreds of millions of dollars of American military weaponry, they will then begin to distribute these weapons to their fellow terrorists in ISIS, Hamas, and Hezbollah, for a price, of course. Welcome to Joe Biden’s Taliban Afghanistan, the new Islamic terror capital of the world. Come on, man!

FROM THE NY POST: “We don’t have a complete picture, obviously, of where every article of defense materials has gone but certainly, a fair amount of it has fallen into the hands of the Taliban, and obviously, we don’t have a sense that they are going to readily hand it over to us at the airport,” Sullivan told reporters at a White House briefing during which he faced an onslaught of questions over the Biden administration’s handling of the sudden troop withdrawal.

The Taliban, during their lightning advance over the past week to take control of Afghanistan, amassed a variety of weapons the US supplied to Afghan forces, including guns, ammunition, and even Blackhawk helicopters.​

Sullivan blamed the Afghan troops for handing the weapons over without a fight despite widespread criticism from across the political and international spectrum of President Biden’s handling of the troop withdrawal.

“​Those Blackhawks were not given to the Taliban. They were given to the Afghan national security forces to be able to defend themselves at the specific request and President Ghani came to the Oval Office and asked for additional air capability, among other things​,” Sullivan said.

He said the commander-in-chief attempted to make the best decision based on the country’s national security interests.

“And from that perspective, he believes the decision he made in this context was the right decision​,” Sullivan said. ​READ MORE

CNN reporter enters US base captured by the Taliban

A former US military base is now in the hands of the Taliban as the future of Afghanistan is unclear. CNN’s Clarissa Ward reports exclusively from what remains of Combat Outpost Andar in Afghanistan’s Ghazni province.

Taliban has managed to seize weapons of Afghan forces. Weapons in a huge number have been recovered by the Talibanis. The video is now going viral. As Afghanistan cities fall, weapon seizures will be a huge boon for the Taliban.


How the Taliban Took Over Afghanistan. Again.

On July 8, President Biden said a Taliban takeover of Afghanistan was “highly unlikely”. On August 15, they were in the presidential palace in Kabul. They’ve declared an “amnesty” across the country and urged women to join their government. But can they be trusted?