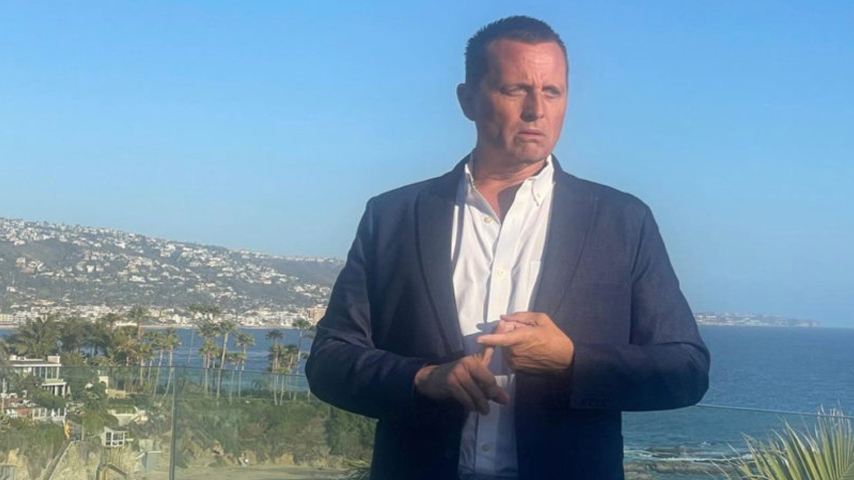 Richard Grenell, former Director of National Intelligence under then-President Donald Trump, tweeted April 30 that Americans should beware of the new Biden administration’s “Ministry of Truth” freezing bank accounts in the name of protection against misinformation.

“Don’t be surprised if the Department of Misinformation freezes your ATM card until you delete your unapproved opinions,” Grenell wrote. “Democrats are weaponizing government agencies with reckless abandonment.”

Don’t be surprised if the Department of Misinformation freezes your ATM card until you delete your unapproved opinions.

The White House has already made an attempt to collect bank account information from Americans last October, through a directive to the IRS. According to a report from ABC News, the Biden administration had to back down “on a controversial proposal to direct the IRS to collect additional data on every bank account that sees more than $600 in annual transactions.”

The turnaround came “after widespread criticism from Republican lawmakers and banking industry representatives, who said the tax enforcement strategy represented a breach of privacy by the federal government,” according to the ABC report.

Republican Senator John Thune of South Dakota said at the time: “So how long is it gonna take for them to say, ‘Well you know we need a little bit more information because we really can’t make much of this.’ Then they’re going to want individual transactions and who knows what.”

Now, Biden’s new Disinformation Governance Board (DGB) has come under criticism from the Wall Street Journal, which compared it to the secret police of the Russian communists, the KGB.

The dangers of the DGB will be amplified if it becomes the tool of partisan political actors. And it already has. Executive director Nina Jankowicz… has said: “Unless we mitigate our own political polarization, our own internal issues, we will continue to be an easy target for any malign actor—Russian or Iranian, foreign or domestic—to manipulate.”

Yes, you read that right. We must all fall in line because of the many grave threats—domestic as well as foreign—out there. Incorrect political opinions become a national-security threat. The DGB already looks frighteningly similar to the KGB.

White House Press Secretary Jen Psaki said the of the new department in a press conference in April that it would help to “address unauthorized terrorism, other threats and see how disinformation and misinformation are being pushed to lead to increasing those.”

The Canadian government under Prime Minister Justin Trudeau used just such a pretext to justify freezing thousands of bank accounts in order to end the Freedom Convoy protest in Ottawa earlier this year.

As LifeSiteNews reported in March, Ryan Schwartz, acting director-general of the cybersecurity branch of Canada’s Department of Public Safety, said that “‘an area worth examining’ from the ‘recent blockades in February’ are the effects ‘of misinformation and disinformation which can cascade across social media platforms.’”

Trudeau’s Emergency Act, invoked on Feb. 14, stipulated that “a bank or other financial service provider will be able to immediately freeze or suspend an account without a court order.” The invocation of the Act was met with outcry by Canadians and members of Parliament who decried it as unjustified and unconstitutional.