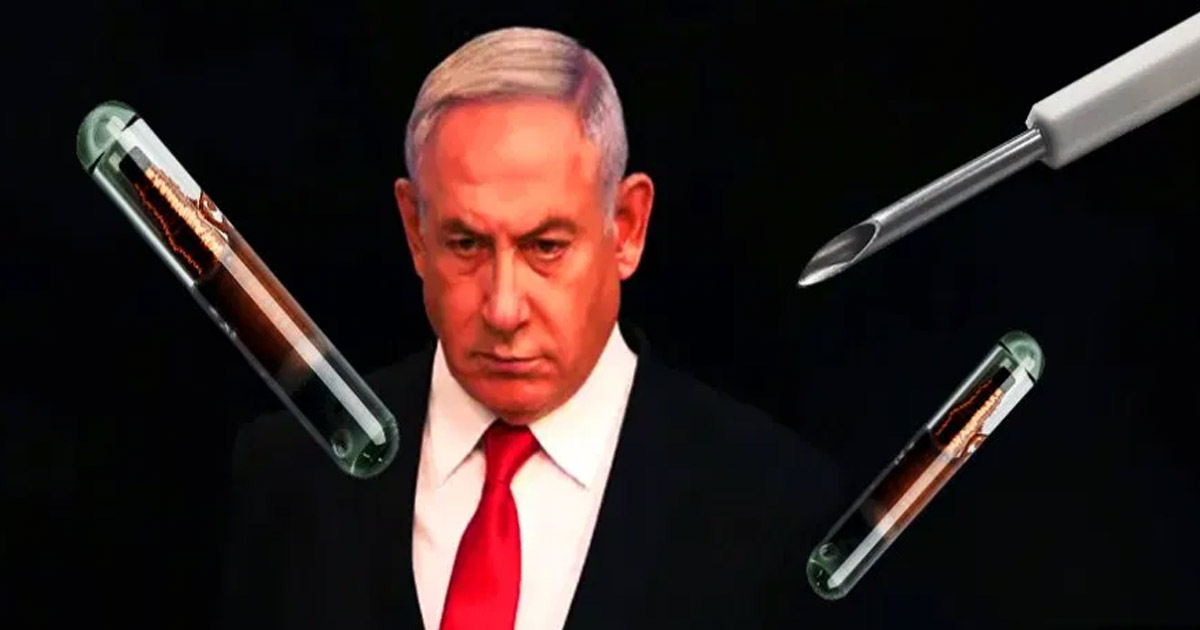 While speaking at a press conference on Monday, Netanyahu suggested the Health Ministry use new technology to help Israel adjust to its new routine as the state is lifting the coronavirus lockdown. “That is, technology that has not been used before and is allowed under the legislation we shall enact,” he clarified. “I spoke with our heads of technology in order to find measures Israel is good at, such as sensors. For instance, every person, every kid – I want it on kids first – would have a sensor that would sound an alarm when you get too close, like the ones on cars,” the prime minister said.

“It will be hard to do it to more than a million schoolchildren who return to their educational institutions in order to ensure one student sits at the distance of two meters from another. It is fictional and dangerous,” cyber resilience expert Einat Meron told Ynet.

“Theoretically, I get the idea behind it,” she said. “But although such distance-sensitive microchips exist in vehicles, it is different in humans.” According to Meron, “a beeping sound telling me I got close to someone is not enough. Who says it will change anything? I would have gotten closer either way.”

Cyber experts slammed Prime Minister Benjamin Netanyahu for his proposal to “microchip” children who return to schools and kindergartens as the coronavirus lockdown is lifted, Ynet reported on Friday.

“If the information with the kids’ location is uploaded to the internet, a pedophile with some cyber knowledge may invade the system and stalk them,” cyber expert Einat Meron said.

The expert added that “the actual issue is the enforcement, and here everything changes.” Meron told Ynet that “microchipping children will not pass any test – both practically and legally.” Similar to Meron’s notion that notifying citizens on their distance will not affect their actions, many fear the state would make use of the information available from the sensors.

The Prime Minister’s Office responded to the report, telling Ynet Netanyahu’s suggestion “is not to be implemented through databases, but through simple technology notifying [the citizens] about their distance. It is a voluntary option that is designed to help children keep their distance, like Mobileye with vehicles.”

The office added that the prime minister’s suggestion is “an idea that may help maintain social distancing, and there will not be any violation of privacy.”

On Wednesday, Walla reported the movements of all vehicles in Israel were tracked by police and stored in an unregulated database named Eagle Eye. A source cited by the media site said the information “may be kept for years on end.”

The Association for Civil Rights in Israel (ACRI) reportedly submitted a request under the Freedom of Information Act that police disclose the extent of the operations of Eagle Eye, as well as the time the information on citizens’ movements is stored in the system.

Israel Police responded to ACRI, saying the system’s activity was not standardized internally despite several years of operations. “Either way, once finalized, the procedure will not be disclosed to the public,” police added. In late March, Yediot Aharonot reported a classified Shin Bet (Israel Security Agency) database stored information on all Israeli citizens and most Palestinians from the West Bank. The data tracked by the security agency included movements, phone calls and text messages.

Hunter Biden: ‘My Dad Joe Is a Pedophile’