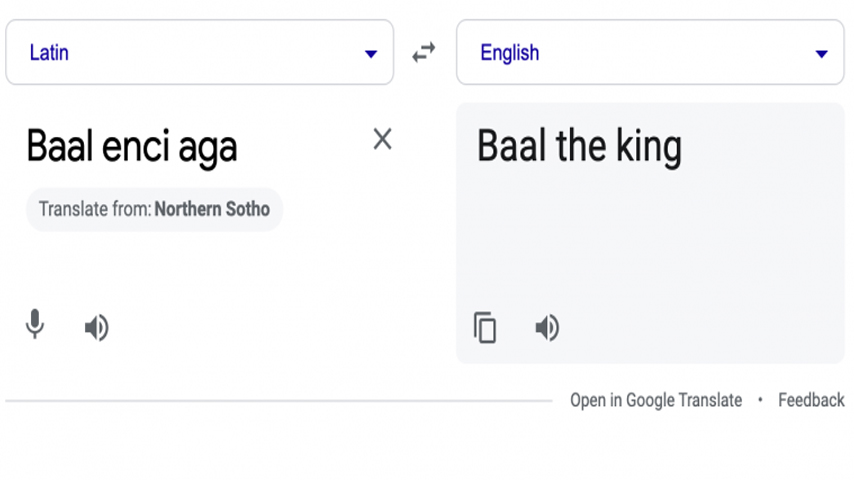 This rabbit hole just keeps on getting even deeper.  Earlier today, I was contacted by two individuals that had heard about another twist on the Balenciaga controversy.  As I detailed earlier this week, extremely disturbing Balenciaga photographs that prominently feature children are causing a tremendous uproar all over the globe.  The fashion house is being accused of sexualizing children, and many consumers are swearing that they will never purchase anything from Balenciaga ever again.  In one of those photographs, there is a roll of pre-printed tape on the floor on which the name of the company has been purposely altered.  Instead of spelling it as “Balenciaga”, an extra “a” has been added so that it is spelled “Baalenciaga” instead… 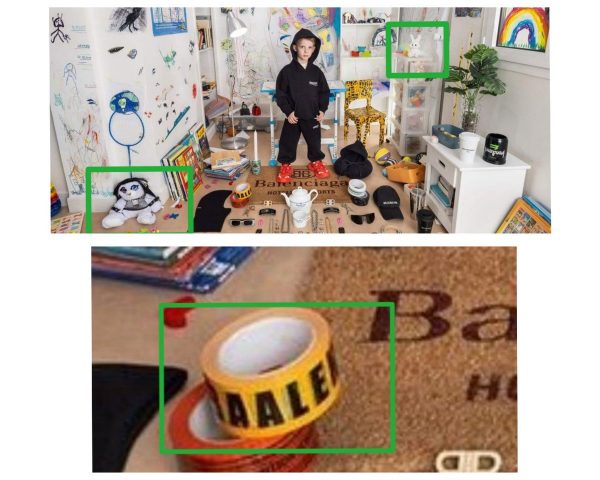 That is weird, right?

And obviously, someone went to a tremendous amount of effort to do this, because the name was not just scribbled on the tape with a marker.

Someone took the time to actually print “Baalenciaga” on that roll of tape, and so this was something that was definitely pre-meditated.

Who would do such a thing, and why would anyone want to purposely associate “Baal” with “Balenciaga”?

Needless to say, any reference to Baal is likely to upset a lot of Christians, because no other false ancient deity is mentioned more prominently in the Bible than Baal is.

If you are not familiar with Baal, the following is what Britannica.com has to say about him…

Baal, god worshipped in many ancient Middle Eastern communities, especially among the Canaanites, who apparently considered him a fertility deity and one of the most important gods in the pantheon. As a Semitic common noun baal (Hebrew baʿal) meant “owner” or “lord,” although it could be used more generally; for example, a baal of wings was a winged creature, and, in the plural, baalim of arrows indicated archers. Yet such fluidity in the use of the term baal did not prevent it from being attached to a god of distinct character. As such, Baal designated the universal god of fertility, and in that capacity his title was Prince, Lord of the Earth. He was also called the Lord of Rain and Dew, the two forms of moisture that were indispensable for fertile soil in Canaan. In Ugaritic and Hebrew, Baal’s epithet as the storm god was He Who Rides on the Clouds. In Phoenician he was called Baal Shamen, Lord of the Heavens.

You wouldn’t expect to see a reference to an ancient Middle Eastern deity in a photo produced by one of the most prominent fashion houses on the entire planet, but there it is.

And it has been pointed out to me that “Baalenciaga” actually means something very specific in Latin.

I had to try this for myself, and so I pulled up Google’s Latin to English translator.

Sure enough, when I typed “Baal enci aga” into the Latin box, it told me that the English translation of that phrase is “Baal the king”.

When I first saw that, I was absolutely floored.

Did they truly believe that nobody would notice?

Or maybe they did want people to notice.

These days, the elite are becoming much more bold in their promotion of the occult.

And at this point, the number of young people that are interested in the occult is absolutely exploding.  If you doubt this, just check out these numbers…

TikTok, the popular social media platform that is known for quick videos, one-minute dance challenges, and its viral trends, is now being recognized as a hub for witches and warlocks.

Videos with the hashtag #WitchTok have amassed more than 30 billion views and have made it easier for would-be witches or those interested in the occult to learn more about it, according to the BBC.

TikTok’s #witch hashtag has received nearly 20 billion views, #witchtiktok has nearly two billion views, and #babywitch, a hashtag for those new to the dark craft, has more than 600 million views.

Our young people are watching witchcraft videos on TikTok billions and billions of times.

Sadly, many of them end up becoming deeply immersed in that world.

For example, one young woman named Jenny Weaver said that she originally “got into it innocently”, but then she quickly learned that the realm of the occult is very real…

“I had such a fear that gripped my life. It crippled me. The next thing that I knew, I was seeing things, hearing things, and I was being tortured by demonic spirits that had come in through the use of witchcraft. It was a very scary time. I didn’t even want to close my eyes to wash my face. I was that terrified. If you think that it is innocent I am telling you it will take you down a road you do not want to go down. And I had to ask the Lord Jesus Christ to forgive me.”

If you are reading this and you are thinking that this is just a bunch of fairy tales, then you are greatly mistaken.

The world of darkness is just as real as you are.

And millions of our young people are being seduced.

Thankfully, we live in times when the light is going to shine brighter than ever even as the darkness grows all around us.

At this stage, the elite aren’t even trying to hide who they really serve anymore.

Many among the elite are truly obsessed with the world of darkness, and popular culture has become absolutely saturated with occult themes.

We are in a battle for the hearts and minds of our young people, and we must not let darkness win.

ZOMBIE APOCALYPSE! This is why they really want you to eat the bugs!