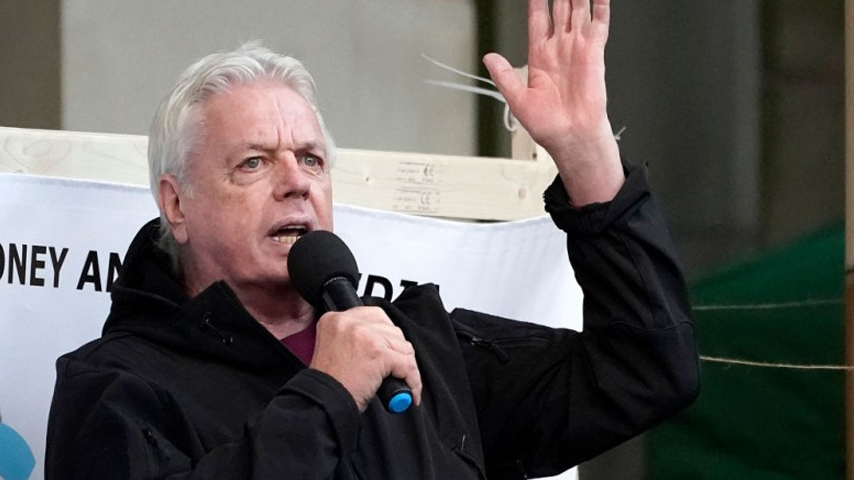 Conspiracy author David Icke has been banned from entering the EU and designated as a “level three terrorist,” according to his son Gareth Icke.

The public speaker and former BBC television host was due to attend an event in Amsterdam this weekend, but will now reportedly be prevented from entering any country in the European Union for a period of two years.

“Received an email from the Dutch. My dad, David Icke, has been banned from entering the EU for two years,” tweeted Gareth Icke. “They claim he is a “level three terrorist,” he added.

Received an email from the Dutch. My dad, David Icke, has been banned from entering the EU for two years.

They claim he is a "level three terrorist".

“The old man is banned from entering the Netherlands,” wrote Icke in another tweet. “Zero convictions, zero crimes committed. Banned by the government. Wow.”

The old man is banned from entering the Netherlands.
Zero convictions, zero crimes committed.
Banned by the government
Wow.

Icke had been set to feature at an event called Together for the Netherlands, but far-left activist groups complained to the government and demanded he be barred from entering the country.

The municipality of Amsterdam also asked the Dutch IND (Immigration and Naturalisation Service) “to investigate whether Icke can be refused entry to the country,” an appeal that was apparently successful.

The municipality complained that Icke had made “anti-Semitic statements in the past that are unacceptable and deeply hurtful,” although it didn’t cite any specific examples.

The same authority even asked that if Icke had been allowed into the country, his speech at the event “be closely monitored by the Public Prosecutor to assess whether criminal statements are being made.”

Questions about the event were also asked in the Dutch parliament.

It remains to be seen what justification Dutch authorities actually used to ban Icke from speaking in the country, and why the ban also reportedly applies across the entire European Union.

Some respondents to the news asserted that Icke had been banned for being outspoken against former Dutch Prime Minister Mark Rutte and his role within the World Economic Forum.

This is why the Netherlands has banned David Icke from entering the country… deeming him a level 3 terrorist… because he exposed Mark Rutte and the WEF plans… pic.twitter.com/lXx3iXpJ3a