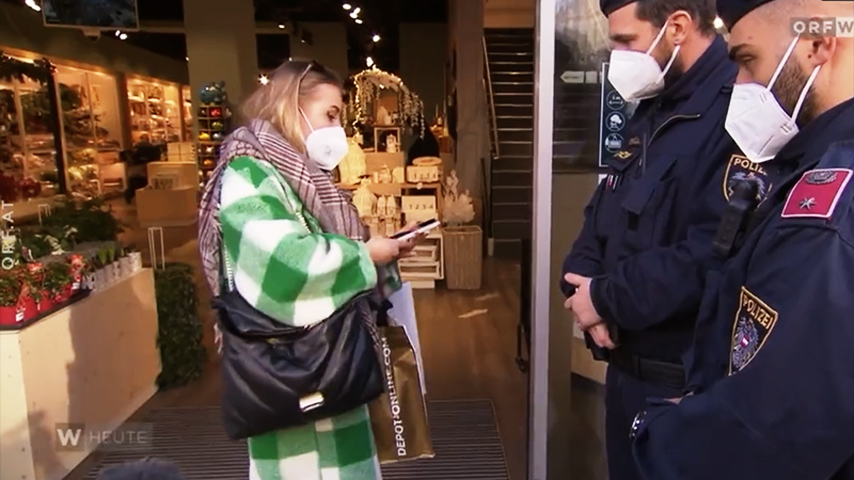 It is now ILLEGAL in the country to be unvaccinated

After Austria became the first European country to mandate COVID vaccines for the ENTIRETY of its population, details have emerged on how the government plans to enforce the measure.

Reports note that citizens will be stopped randomly in the street and pulled over in their vehicles and forced to comply with vaccine status checks by the ‘authorities.’

If heaven forbid, a person is found to be unvaccinated they will be fined on the spot, with the penalty increasing for each violation.

"government plans to send a letter to all Austrians [] giving them a month to comply [] That changes in mid-March, when the police are to start conducting random checks of vaccination status — including during traffic stops."https://t.co/0MCN0LqAdR

The Austrian government will check citizens’ vaccination status against their vaccine registry. Anyone found to not have two vaccines plus a booster will be punished accordingly.

The development confirms previous reports that the Austrian government will hire people to “hunt down vaccine refusers.”

Indeed, this is merely official confirmation of what has already been happening in the country. After the government placed the unvaccinated under an unprecedented lockdown, footage emerged showing police patrolling shops and highways checking people’s vaccination status.

They patrolling the streets, public spaces and shopping areas and asking for vaccine passports. pic.twitter.com/vUC87oGHW5

Austrian police demand people show proof of vaccination as they shop in one of Vienna’s busiest shopping streets Mariahilferstraße pic.twitter.com/Rs6Fu4gX6S

Days after imposing the lockdown on the unvaccinated, Austria hit a new COVID case record.

In addition, the Austrian government has shortened the period in which vaccinations remain valid, meaning citizens are required to receive their next dose 90 days earlier than previously.

SchengenVisaInfo News reports that “‘From February 1, 2022, two-dose vaccinations are only valid for 180 days in Austria (exception: 210 days for under 18-year-olds). However, for ENTERING, the 270 days remain in place. The booster vaccination is valid for 270 days in both scenarios,’” the Austrian authorities explained.”

The government has put a sunset on the law, for January… of 2024, meaning Austrians face at least another two years of COVID tyranny.

As we have previously reported, an amendment to the law could also see those who refuse to pay the fines for being unvaccinated imprisoned.

The amendment also orders people who are jailed to pay for their own imprisonment.

“If detention is carried out by the courts, the associated costs shall be recovered by the courts from the obligated party in accordance with the provisions existing for the recovery of the costs of enforcing judicial penalties,” it states.

It remains to be seen whether other European countries will follow suit. Several countries have begun to scrap restrictions, including vaccine passports. However, the EU wants to keep the passes in place for another entire year.