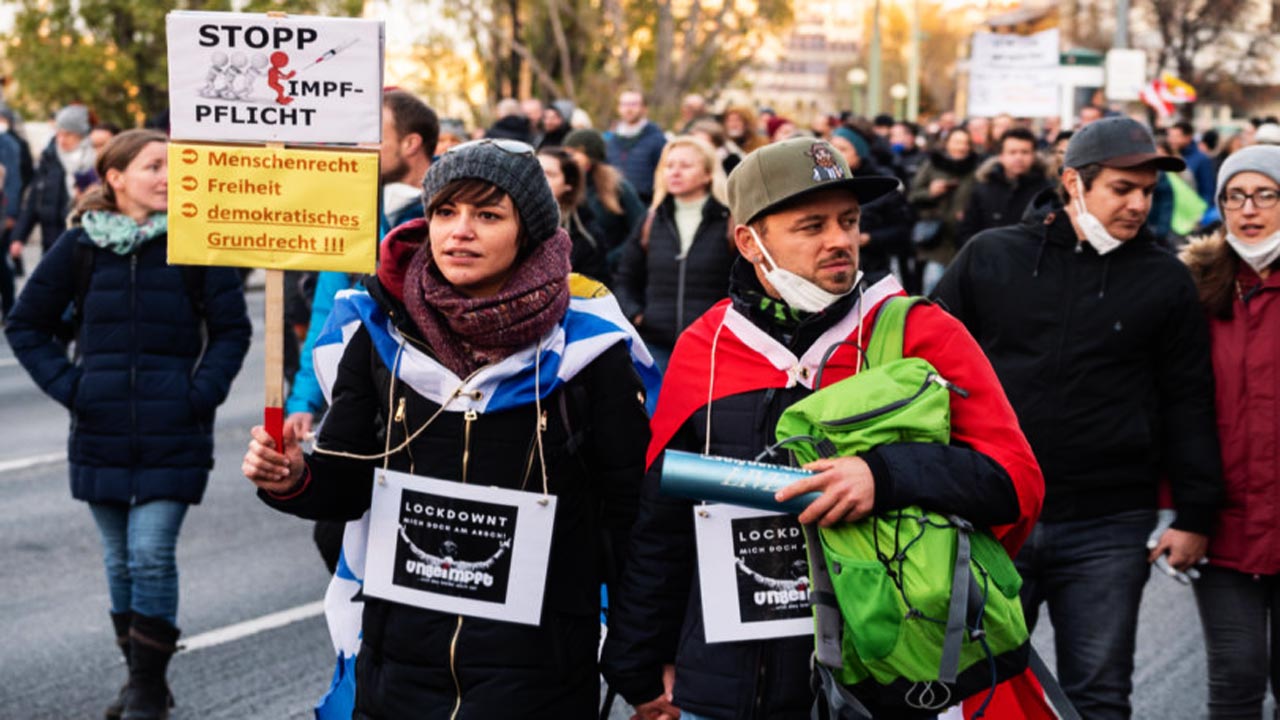 Austrians who refuse to take the experimental COVID-19 jab could face a monthly tax if one medical expert’s recommendation is implemented, Breitbart reported Thursday.

According to the outlet, Gerrit Loibl, the vice president of the Lower Austrian Medical Association, suggested that the Austrian government ought to tax unvaccinated Austrians a monthly surcharge of up to €100 for refusing to comply with the diktats of the government.

Loibl explained that his proposed tax, which could range from €90 to €100 (or roughly $90-$113 USD) per month, is based upon Austria’s current tax on tobacco products.

It’s unclear how refusing to take an experimental injection with limited safety data that may cause injury or death and choosing to use tobacco products are alike.

The suggestion to financially penalize unvaccinated citizens comes after the Austrian government announced on November 19 that it would require all citizens to be vaccinated against COVID-19 beginning February 2022, becoming the first western nation to make the shots compulsory for all citizens.

“The proposed monthly fines would be part of Austria’s already announced vaccine mandate for all residents that is scheduled to begin in February of next year,” Breitbart reported.

The European nation’s move to compel vaccinations for its citizens comes after the government re-implemented wide-scale lockdowns this month allegedly to combat rising infection rates.

According to Reuters, Austria’s COVID-19 infection rates have reached their highest level since March 2020 with daily averages of around 11,709, despite the fact that at least 65% of eligible Austrians have already gotten the experimental COVID-19 shots.

To date, an estimated 12,425 deaths with COVID-19 have been reported in the nation since the beginning of the pandemic out of a population of roughly 9 million.

On November 15, Austria began its reentry into lockdown when it briefly became one of the first countries in the world to impose a lockdown exclusively for its unvaccinated citizens, with Chancellor Alexander Schallenberg deploying police to check the jab status of anyone who had stepped outside their homes.

Just days later, the country lurched back into a universal lockdown, forcing even “fully vaccinated” Austrians into strict confinement for a period of at least 10 days.

“Despite an intensive media campaign … we have not been able to convince enough people to get vaccinated,” Schallenberg explained during a press conference in a Tyrol hotel where Austrian government officials met to decide on the new measures.

“Starting Monday, for a maximum of 20 days, a nationwide lockdown will apply,” he declared. “[In addition], we will initiate countrywide compulsory vaccination [which] will enter into effect from February 1, 2022.”

Austria may not be the only European nation to officially make the experimental COVID-19 jabs mandatory. Germany has already signaled it may follow suit.

Herbert Kickl, leader of Austria’s Populist Freedom Party (FPÖ), has publicly stated he has not gotten the jab and argued that Schallenberg’s administration has plunged Austria into a dictatorship with its coercive COVID-19 restrictions and mandates.

A rally organized by Kickl’s Freedom Party last weekend in opposition to the new lockdowns and mandatory vaccination scheme drew tens of thousands of protesters to Vienna in what Breitbart called “the largest anti-lockdown protest seen in the city since the start of the coronavirus pandemic.”

VIDEO: Thousands gather in Vienna to protest against the new measures announced by the Austrian government to tackle the Covid-19 pandemic pic.twitter.com/mOketBgOmC

In the face of increasingly coercive measures from government leaders to compel vaccination, citizens around the world have joined together in massive protests to push back against the requirements and fight for freedom.

Amazing compilation of anti-lockdown protests around the world from @drscottjensen.pic.twitter.com/EA8mlqEaNZ