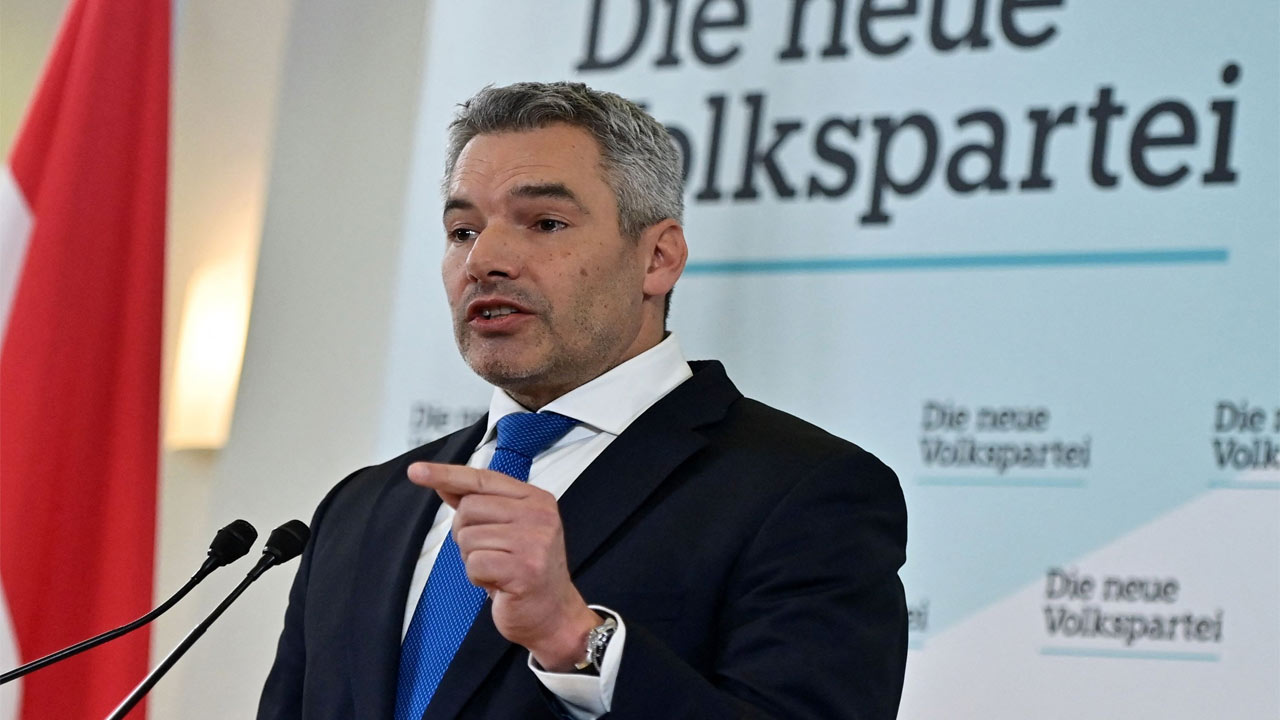 The Austrian government announced today that the validity of the “Green Passport” has been reduced to six months. This also means that all people who have had their “full vaccination” for the last six months will be relegated to an inferior civil status and become “unvaccinated”.

Even the obedient have become second-class people, excluded from social life thanks to the country’s “lockdown for the unvaccinated”. Austrians living in this fact-free dystopian nightmare, are currently faced with two options: Force the government out or take the third, fourth, fifth, sixth and perhaps eternal shot.

Six months ago around 3.8 million Austrians were considered “fully vaccinated”. They trusted the former Chancellor Sebastian Kurz and the Greens who had promised that the double injection would “set them free”. Their “civic duty” and “solidarity” would conquer the disease they were told repeatedly and soon everything would return to normal. Or not? Chancellor Nehammer is bringing down the hammer, even on his followers.

Anyone who does not accept the booster shot with the same agent, which has been proven to have no effect against “variants”, is now excluded from social life and is considered a pariah because the unvaccinated are bad, stupid people according to the official narrative, who endanger others, are probably even “right-wing extremists” or worse… “terrorists”. Being downgraded to an asocial, stupid, right-wing radical by decree, will be a hard pill to swallow for many.

It is not clear how many people will actually lose their “green” status because a few of those who had been double-jabbed by July 2021, has already had the booster. It could be that around 1,9 million Austrians – in addition to the already unvaccinated – refuse to obey.

Vaccines are an abject failure

A Canadian study has shown that two doses of the jab had no measurable effect on an Omicron infection. The data it contains is explosive. The authors, 13 international scientists, funded by the Canadian Ministry of Health, among others, explicitly state that “two doses of Covid-19 vaccines are unlikely to protect against infection by Omicron. A third dose provides some protection in the immediate term, but substantially less than against Delta. Our results may be confounded by behaviors that we were unable to account for in our analyses. Further research is needed to examine protection against severe outcomes”.

In short: two administered doses of the Covid-19 vaccine do not work against Omicron. To arrive at this conclusion, 3 442 Omicron cases and 9 201 Delta cases were examined.

Of course, this is not the only paper that indicates that these hyped products have zero use, but data now clearly show that in Germany and Denmark over 90 percent of those infected with Omicron were vaccinated. This is also proven by the current hospitalization figures in Austria.

Facts do not impress Nehammer

Completely unaffected by all the hard data obliterating the current health policy, the Austrian Federal Government continues to cite unspecified “experts” while besieging the population to submit to their evidence-free fanatical dictates. Science has probably never played any role in their decisions and certainly not public health.

“The less effective this Corona vaccine is, the more stubborn the government becomes. Forcing vaccination is neither legally nor medically sustainable. Chancellor Nehammer and company prove with their stance that they are not about the welfare of the people,” said Herbert Kickl, leader of the Freedom Party of Austria (FPÖ).

Rumors on social media will not die down that the Federal Government’s task force has been fully aware that the vaccinations are failing. It is even feared that numerous people could die because their immune systems have been severely weakened as a result of the triple jab. If this information is true, the government’s insistence on mandatory vaccination becomes more and more incomprehensible. A psychologist told the Kronen Zeitung that in such a case “unrest” would explode.

But countless demonstrations with hundreds of thousands of participants have shown that the overwhelming majority of Austrians are not interested in unrest. They demand a return to the rule of law, the granting of basic rights and an end to lockdowns.

Also, Italy Makes COVID Vaccines Mandatory For Everyone Over 50

Italy on Wednesday made COVID-19 vaccination mandatory for everyone over the age of 50 with the drastic measure taking effect immediately.

All workers 50 and up need to present a health certificate showing that they are fully vaccinated or have recently recovered from the virus, or face unpaid suspension. Unemployed residents over 50 will also have to be vaccinated, though it is not yet clear what penalties they may face.

Prime Minister Mario Draghi’s cabinet approved the measure Wednesday, as Italy has already made vaccination mandatory for teachers and healthcare workers in October, with all employees now needing to show proof of vaccination or a negative COVID test.

Draghi told the cabinet, according to his spokesperson:

“Today’s measures aim to keep our hospitals functioning well and at the same time keep open schools and business activities.

We are targeting the age groups which are most at risk of hospitalization in order to reduce pressure on hospitals and save lives.”

However, members from the right-wing Lega party have been openly critical of the mandate, characterizing it as “without scientific foundation” considering that the absolute majority of those hospitalized with COVID are well over 60.

It is believed the mandate will affect approximately 13% (3.6 million) of the roughly 28 million people in Italy over the age of 50, with 6% having received only one dose and 7% remaining unvaccinated.

Italy has one of the highest vaccination levels in Western Europe, with around 74% of Italians fully vaccinated according to Our World in Data.

A report by Reuters: