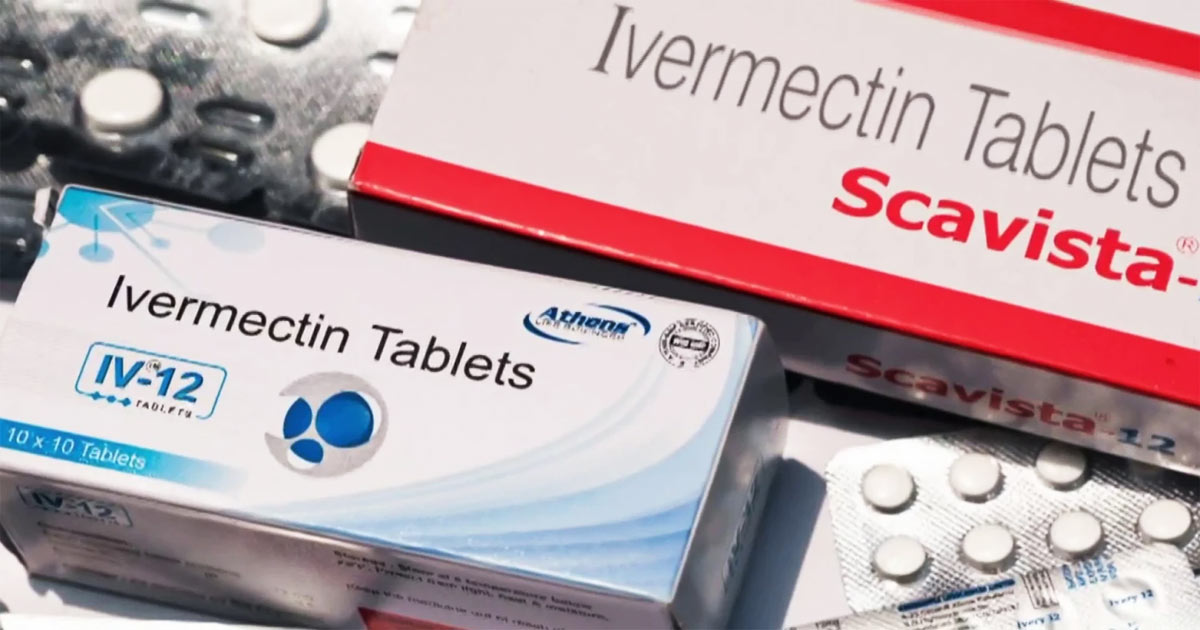 Australia’s medicine and therapeutics regulator, the Therapeutic Goods Administration (TGA), has introduced new restrictions on the prescribing of ivermectin for COVID-19 and other off-label use.

The TGA, an agency under Australia’s Department of Health, announced that the changes were introduced “because of concerns with the prescribing of oral ivermectin for the claimed prevention or treatment of COVID-19.”

The new restrictions mean that general practitioner may only prescribe the drug for TGA-approved conditions and not for other non-approved purposes—also referred to as “off-label” use. No penalties were specified in the TGA announcement in the event of a GP skirting the rules.

The Epoch Times has reached out to the TGA for further information.

Only certain specialists can continue to prescribe oral ivermectin for off-label use. They include infectious disease physicians, dermatologists, gastroenterologists, and hepatologists, the TGA announced.

Stromectol ivermectin 3mg is the only oral ivermectin product that is TGA-approved. The indications approved are river blindness, threadworm of the intestines, and scabies.

Ivermectin is not TGA-approved for use to treat COVID-19 in Australia. The TGA said that its use for COVID-19 in the general public is “currently strongly discouraged” by three entities—the National COVID Clinical Evidence Taskforce (pdf), the World Health Organization, and the U.S. Food and Drug Administration.

The TGA in its announcement asserted that there are “a number of significant public health risks associated with taking ivermectin in an attempt to prevent COVID-19 infection rather than getting vaccinated.”

The agency added that people who think they are protected from COVID-19 by taking ivermectin “may choose not to get tested or to seek medical care if they experience symptoms,” and claimed that doing so “has the potential to spread the risk of COVID-19 infection throughout the community.”

The TGA said that a second concern involves “unreliable social media posts and other sources” that have reportedly advocated for the use of ivermectin in “significantly higher” doses compared to what is approved and found safe for the treatment of scabies or parasites.

“These higher doses can be associated with serious adverse effects, including severe nausea, vomiting, dizziness, neurological effects such as dizziness, seizures, and coma.”

The regulator also said that there has been a three- to four-fold increase in the dispensing of ivermectin prescriptions in recent months, which has resulted in “national and local shortages for those who need the medicine for scabies and parasite infections.”

“It is believed that this is due to recent prescribing and dispensing for unapproved uses, such as COVID-19,” its statement reads.

“Such shortages can disproportionately impact vulnerable people, including those in Aboriginal and Torres Strait Islander communities.”

Federal MP George Christensen, a Liberal Party member from the state of Queensland, posted on Telegram a photo of his medications, writing, “My ivermectin treatment pack. Prescribed by a GP. Now the TGA has banned GPs from prescribing the drug off-label. It’s a decision they will regret.”

Federal MP Craig Kelly, a former Liberal Party member and now leader of the United Australia Party, in a statement posted on Telegram called the TGA move “OUTRAGEOUS” and accused the agency of having “interfered with the sanctity of the Doctor-patient relationship in Australia, by ignoring the evidence of over 50 published studies and also ignoring expert medical advice from doctors that have treated thousands of patients successfully with Ivermectin—by prohibiting doctors from prescribing this medicine to sick Australians.”

“The UNITED AUSTRALIA PARTY tonight calls for [an] urgent Royal Commission in this TGA over this decision,” he wrote, saying that the decision “could be investigated for possible corruption.”

“It’s a sad day for the nation, as the expert medical evidence from overseas indicates that this outrageous decision by the TGA will result in the death of Australians,” Kelly added.

Ivermectin is a generic medicine that can be produced cheaply in many places around the world and has been widely used in humans against some parasitic worms, and to combat scabies, lice, as well as rosacea. It is also used as an anti-parisite drug in livestock, including horses and cows.

William Campbell and Satoshi Omura in 2015 won the Nobel Prize in Physiology or Medicine for the discovery and applications of ivermectin. The World Health Organization features ivermectin on its List of Essential Medicines. It is also an FDA-approved antiparasitic agent.

Doctors and health care professionals have considered ivermectin as a repurposed medicine in tackling COVID-19, especially when used in early treatment. Many have praised ivermectin for having successfully helped thousands of their patients survive the initial waves of COVID-19.

As of Sept. 9, there are at least 63 studies, of which 45 are peer-reviewed, on the treatment of COVID-19 with ivermectin.

Two groups, the Front Line COVID-19 Critical Care Alliance and the British Ivermectin Recommendation Development Group, have been campaigning for the off-label use of the drug to combat the disease amid the pandemic.

Monash University, based in the Australian state of Victoria, announced in April 2020 that a study it led showed that “a single dose of the drug, Ivermectin, could stop the SARS-CoV-2 virus growing in cell culture.”

But it cautioned that ivermectin “cannot be used in humans for COVID-19 until further testing and clinical trials have been completed to confirm the effectiveness of the drug at levels safe for human dosing.”

“The potential use of Ivermectin to combat COVID-19 remains unproven, and depends on funding to progress the work into the next stages,” the university said at the time.

The WEF Wants to Sew Digital IDs Into Your Clothing